Lucas Choi Zimbel’s Tempered Tantrum gets back to basics: singer-songwriter and guitar 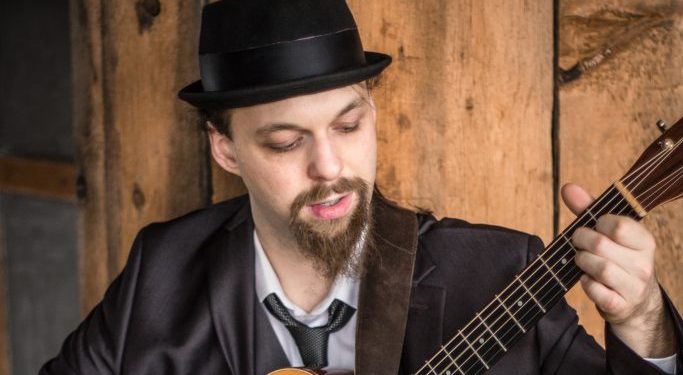 Montreal artist Lucas Choi Zimbel has just released his brand new album, Tempered Tantrum, a collection of songs in the folk tradition – just voice and guitar – recorded live off the floor at Studio Va-Nu-Pieds in farmland not far from Saint-Paulin, Quebec. If you’re unfamiliar with Lucas, here is his story in his own words:

“It all started with a pair of claves that I found in a box of percussion instruments. Here was the real instrument I wanted to play! The adults in the room said, “You can’t only be a claves player,” which only re-enforced my contrarian streak. Two claves, no road cases, no tuning, no strings. I could nail this. Eventually, we learned the xylophone in school, and then the recorder. Classic really. High school comes around, and I pretended to not be able to play three of our four instrument choices because I already knew which one I wanted to play: the one that looked like a recorder. No, not the flute. Way too horizontal. I wanted to play the clarinet only because it was held in a similar fashion to the recorder. I didn’t even know what it was called. The black recorder?

One day – why I have no idea – I asked my father for a guitar, “But not one of those country guitars.” Ah, if only I knew then what I know now.

In my late teens, we had a Quebec winter with dangerous amounts of snow. So much snow that roofs collapsed, killing people beneath. My mother happened to know one of the unfortunate. As the family went through her things they found an accordion in her basement that somehow ended up in my living room. “I guess I have to learn how to play this now,” I thought.

Eventually, the guitar became my main focus, the only instrument I ever chose knowingly. But now it was “one of those country guitars” commonly referred to as an acoustic guitar. I like the feeling of wood vibrating against my chest and the sound of hundreds of details coming together that we then characterize as “bright” or “cutting” or a thousand other terms that make more sense than they should.

Words have always come easy to me. I have been writing lyrics since I was about 12, and I am happy to say I have never finished a love song, but I’ll admit I’ve started a few. The morning paper is an inspiration, as are the books that I read in the afternoon and the people I share my life with in the evenings.

Sometimes I wonder, “Why music?” Well, if banging claves together was enough for me when I was a child, so easily distracted and impatient, the complex chords and fingerpicking patterns that accompany my words are more than enough for me now.