Elliott BROOD is performing this month with Toronto’s newchoir 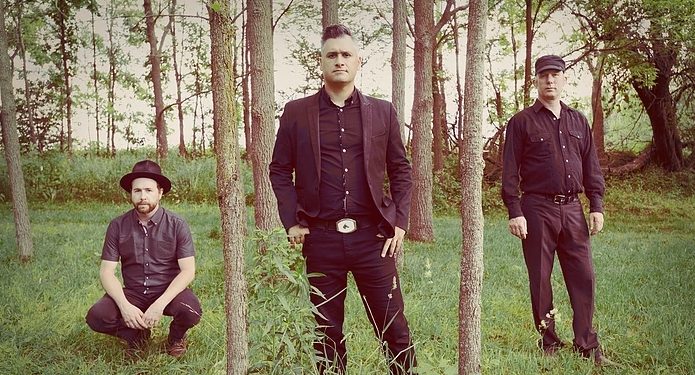 There’s an image that enters most people’s minds when they hear the word “choir” and a very different image when they hear the words “folk band.” Combining the two may seem unexpected, but when the choir is Toronto’s premier rock choir newchoir, and the folk band is Juno Award-winning folk-rock trio Elliott BROOD, rock is the common ground where magic happens.

Under the direction of Dr. Robin Williams, newchoir has been creating full-on rock concert experiences using unexpected SATB arrangements of classic rock and pop songs since 2005. Collaborating with high-calibre Canadian artists such as Bobby Bazini, Jully Black, Sarah Slean, Steven Page, Hawksley Workman and Jeremy Fisher, and performing with a live band, newchoir presents sold-out concerts each season at world class venues, including Koerner Hall and the Masonic Temple in Toronto. The latest Canadian music stars to join forces with the choir are Hamilton’s Mark Sasso, Casey Laforet and Stephen Pitkin – better known as Elliott BROOD. A three-piece, folk-rock/alt-country band whose brand of fuzzed-up roots music makes for a captivating and frenetic live performance, their style has been called everything from “blackgrass” to “death country,” but those descriptions don’t capture the transcendent heights of their unique approach to roots music.

When newchoir was deliberating on which artist might best fit the theme of its spring 2019 concert “In Stereo,” board president Margaret Grottenthaler immediately thought of Elliott BROOD because she loves their sound.

“The voices in this band are unique but still blend beautifully,” she said. “I thought our choir and audience would love their upbeat energy.”

Never having been asked to sing with a choir before, the band felt both excited and a little nervous about the project, but after their first full rehearsal, the nerves were gone.

“It’s a nice opportunity because we get to reimagine our songs with 130 voices,” Mark Sasso said. “Why wouldn’t you take that opportunity?”

Using choral arrangements created by drummer Stephen Pitkin, newchoir is singing the harmonies the band has always imagined in their heads but that have never before been realized in a live show.

For their “In Stereo” concert at Koerner Hall on May 25, newchoir will perform an exciting program of pop and rock covers and will join Elliott BROOD for songs carefully chosen from four different albums, including “Owen Sound” from their Juno Award-winning album Days Into Years and “Til’ The Sun Comes Up Again” from their latest album Ghost Gardens. Tickets for “In Stereo” are available now!

Have a listen to newchoir performing with Hawksley Workman:

Have a listen to Elliott BROOD here: