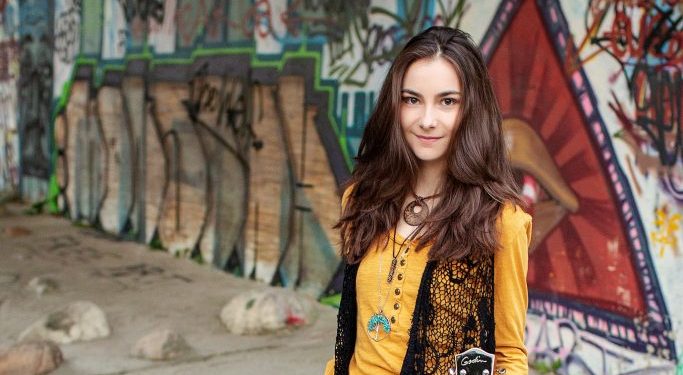 Ontario-based roots artist Madison Galloway’s debut full-length album, Moon & Mercury (May 2019) is a collection of songs that range from foot-stomping highs to ambient lows, while blending elements of folk, rock, and blues with flavours of the world to create an eclectic journey of sound.

Madison Galloway is an emerging voice in Canadian roots music. She takes the stage with her band and signature blend of earthy rock and blues, consistently turning heads with a high-energy and engaging performance! They charm audiences with catchy originals, reaching back to pay homage to the great artists of the past while forging a sound all their own. They switch it up between acoustic, slide and electric guitars, harmonica, keys, ukulele, banjo, and more to deliver catchy, folk-inspired tunes in an incredible live show, which is at times gritty and groovy, and at others sweet and sunny.

Madison began pursuing her passion for music at a young age. Growing up in small-town Fergus, ON, she discovered a love of nature, community, and roots music, which continues to inspire her art today. She began her foray with classical piano training, eventually advancing through conservatory programs and voraciously delving into the world of music theory and appreciation. However, it wasn’t until she picked up a guitar as a teen that she discovered her true calling and began pouring out original songs. Drawing inspiration from her upbringing, current issues, and environmental concerns, she started to shape her signature sound and identity as an original and fresh new artist on the Canadian roots music scene.

Since then, Madison Galloway has released a five-song EP titled Who Knows Where and has built a reputation as a road warrior, touring relentlessly as part of a band or duo and as a solo performer. She has played hundreds of shows, including notable performances at the Mariposa Folk Festival, Riverfest Elora, and RBC Bluesfest, making a name for herself as a must-see act. Madison has shared the stage with renowned artists such as 54-40, Ron Hawkins (Lowest of the Low), The Sadies, and Alysha Brilla; and now with her first full-length record and national touring in the future, she’s just getting started.

Link to Spotify Pre-Save “Devil In Her Eye”:
https://distrokid.com/hyperfollow/madisongalloway/devil-in-her-eye