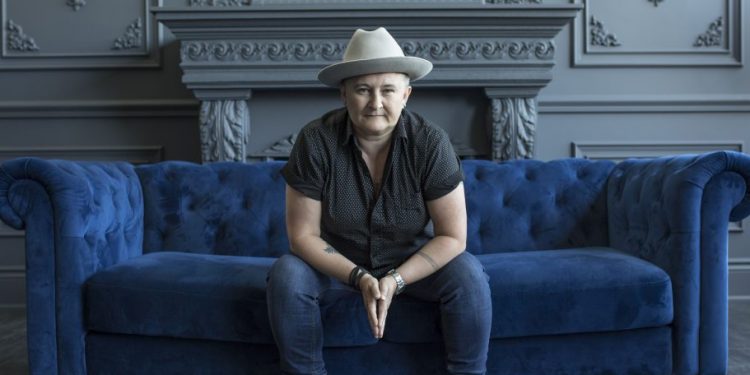 Irish Mythen’s brand new album was supposed to be out April 12, but you know how these things go. Albums get delayed for a myriad of reasons, and Irish’s brand new project, Little Bones, was one of the (un)lucky ones last month.

BUT it’s ready now! And we’re excited here at Roots Music Canada to premiere one of the album tracks from it before the new official release date of May 10.

We picked “La Vie” because it contrasts with the first single, “Deep Dark Woods,” in both tempo and style, so you can get a sense of the depth and breadth of the album.

Things have been going really well for Irish these days, apart from this little hiccup with the record release. She recently signed with Free Trade, the same UK booking agency that works with Wilco, Jason Isbell, Lucinda Williams, Buffy Saint-Marie, and The Milk Carton Kids. That’s some great company to be keeping!

She’s also got a 20-date tour of the US, UK, and Australia lined up to support the new album, and the dates include prestigious events like the Byron Bay Bluesfest in Oz and the Tonder Festival in Denmark.

Before she leaves, she’ll play the Philadelphia Folk Song Society.

Irish won the 2015 East Coast Music Award for Roots/Traditional Solo Recording of the Year for her self-titled album and the 2016 Socan Songwriter of the Year award for her song “Gypsy Dancer.”

That same year, she toured Australia with Melissa Etheridge, one of the only artists out there whose powerhouse delivery mirrors Irish’s own.

If you’ve yet to see her live, you’ll be blown away by her explosive onstage performances, her raw power and emotion and her connection with her audiences.