Tim Isberg to debut 25 Years After: Songs and Stories of a Canadian Soldier in Rwanda 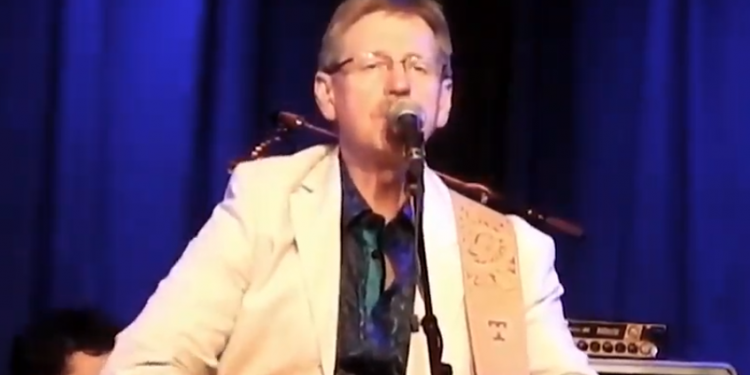 It’s been a busy year for singer, songwriter and soldier, Tim Isberg. In February, he released his latest album, Running on the Edge, and now, two months later, he is premiering a new show at Festival Place in Sherwood Park, AB. In this intimate performance, Tim shares a personal account of his year as a UN Military Observer amid the best and worst humanity has to offer – along with the songs inspired by that experience.

What was the inspiration behind creating your new show, 25 Years After: Songs and Stories of a Canadian Soldier in Rwanda?

TI: A year or more ago, I was talking to Darden Smith about his Songwriting with Soldiers program in the US, and singer-songwriter-related trials, tribulations and jubilations in today’s scene for an emerging, older artist such as myself. Knowing my background, he encouraged me to develop opportunities that would showcase a side of me that is beyond the singer-songwriter and consider shows that include public speaking, writing, music and all things in-between.
As a veteran who was deployed for a year in Rwanda in 1994-95, I realized 2019 would be 25 years since the Rwanda tragedy. I’ve done speaking engagements and presentations on Rwanda periodically before, but not for many, many years.  I saw this as an opportunity to not only commemorate such an important moment to remember, but one that I could share a personal account of my experience. Such a show would provide the vehicle to share my own story through spoken word, photographs and conveyed with the power of music.
This is more than a typical concert. Tell us more about the photography and storytelling involved.
TI: My music performances always include story-telling and engaging the audience, and some stories relate to or are inspired from my military experiences abroad. The Rwanda: 25 Years After show is different, and as far as I know, there’s no other show like it.  It is a presentation with live, original music and mainly my own photographs. The songs are especially selected for this show, some of which come from my previous albums, including the newly-released Running On The Edge CD, and some material written especially for this show.
The stories revolve around my own personal insights and observations related to the austere living and working conditions at the time and various duties and predicaments in a land of chaos. I take the audience through various themes that were a part of my year and became a part of me.

Do you have a favourite moment or song in the show?

TI: That’s hard to know for sure until after the inaugural show on April 18!  One part of the show will be a cascade of photographs that will be set to music, which will be a potential highlight, as well as songs with lyrics that were inspired by actual scenes in Rwanda. The show is not on a script, and the songs are interspersed throughout in an order that relates to the themes. My story-telling is candid and casual; it needs to be.  And as each show will differ slightly from the previous one, it’s possible I’ll have various favourite moments and songs in the show as it evolves!

What do you hope audiences walk away with?

TI: I hope the audience walks away with insight and appreciation for the Rwandan tragedy and what one Canadian soldier experienced as part of Canada’s contribution to the United Nations’ mission. The show will not be a history lesson or political stance in any way, but indirectly, the audience will walk away with either a refreshed or a new found knowledge of what happened in Rwanda 25 years ago and why it’s so important to remember.  The show will have an emotional impact on many, and that’s ok; it will on me, too.
Tim Isberg 25 Years After: Songs and Stories of a Canadian Soldier in Rwanda
April 18 | 7:30 PM
Festival Place
100 Festival Way, Sherwood Park AB
Tickets start at $32
festivalplace.ab.ca
If you are enjoying this content, please take a second to support Roots Music Canada on Patreon!

Here are the Canadian roots/world nominees for ...