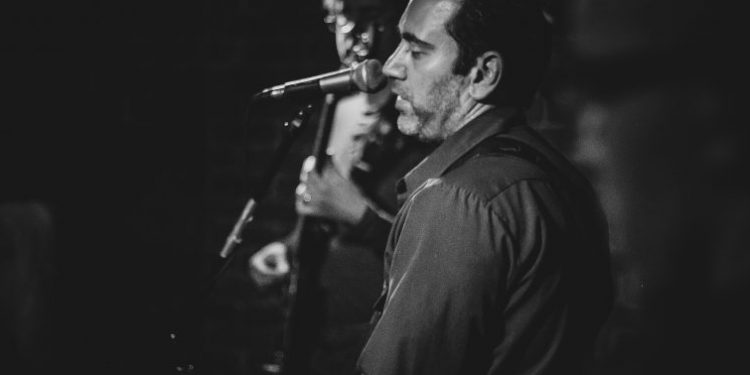 St. John’s, NL singer-songwriter David Picco returns on May 31 with Out Of The Past, his first new collection in four years. We’re proud to share the video for the first single, “I Can’t Lose You,” an instantly catchy rocker in the classic Bruce Springsteen/Tom Petty vein.

David crafted Out Of The Past following a return to St. John’s after living in Toronto for 12 years. Recording with Krisjan Leslie at his Lab Of Chaos studio, and joined by his trusted band consisting of guitarist Sean Murray, keyboardist Ryan Kennedy, drummer Chris Donnelly and bassist Paddy Byrne (along with some special guests), David came in with over 20 songs, 10 of which made the final cut once a theme came into focus. It was not so much a sense of nostalgia that permeated the material, but more of a willingness by David to show more sides of his personality through his music. Sure, there is pain and sadness at the core of many tracks, but also acceptance and even humour in equal measure.

“I believe that my songwriting has improved with each album that I’ve done,” David said. “For a period of a few years I was writing mainly downbeat songs and struggling to write anything exciting. But starting with my last album, I’ve been able to go into a more rock ‘n roll direction, and my current band has played a big part in this. They’re all top-notch musicians.”

David is typically modest in his assessment of his catalogue—both solo and with his former band Jetset Motel—since songs from his previous albums have been featured in the CBC television series Republic Of Doyle and have been in regular rotation on CBC Radio 2 and 3. During his time in Toronto he also worked closely with producer Don Kerr (Ron Sexsmith, Rheostatics), produced an album for Kyp Harness, and opened for the Weakerthans.

But despite the distance he must now cover from St. John’s, the trade-off for David has been a creative resurgence courtesy of the familiar surroundings and a close-knit group of collaborators. You don’t have to be a roots rock aficionado to fully appreciate Out Of The Past. You only have to appreciate the sound of an artist hitting his stride—with sights set directly on the future.

Here are the Canadian roots/world nominees for ...