David Kaufman once had a career as a folk singer; now we get to hear his songs! 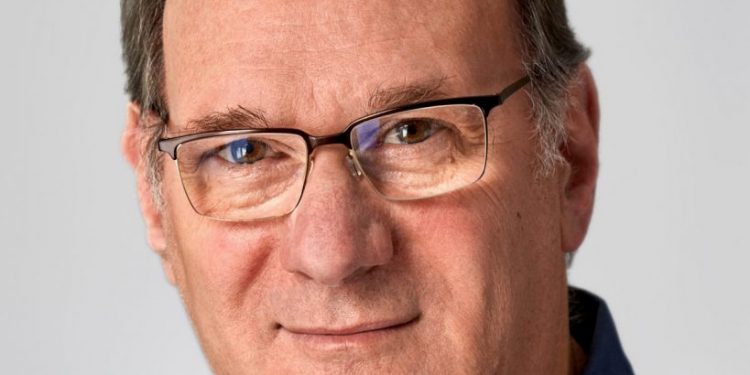 Montreal-born, Toronto-based photographer, filmmaker and singer-songwriter David Kaufman is reviving the career as a folk singer that he enjoyed in the ‘60s with his superb debut album, Second Promise (Release date: May 10), a collection of songs created nearly 50 years ago, produced by Toronto guitarist and singer, Jason Fowler, and featuring some of Canada’s finest session musicians – including Burke Carroll and George Koller – with vocal assistance from some of Toronto’s best-known folk singers, including Suzie Ungerleider (Oh Susanna) and Aviva Chernick (formerly of Jaffa Road).

In the late 1960s, for a period of about five years, the now-70-year-old photographer and filmmaker had a brief career as a singer-songwriter in his home city of Montreal. He was part of the musical milieu that nurtured performers like the McGarrigles, Jesse Winchester, and Ronney Abramson. His ambition and his dearest hope was to achieve significant public recognition for his work, even if he had to support himself with a day job.

David met with hard reality when he moved to Toronto in the early 1970s. He had little success as a solo performer and found it difficult to write new songs. Still intent on making a living in the arts, he developed a career over the following years in documentary film and television, both at the Canadian Broadcasting Corporation and as an independent filmmaker. Yet through all the passing years he continued to feel the pull of his unfulfilled short career in music.

Approaching his 70th birthday, he decided to give his younger self the gift of a well-recorded album of his songs, written mostly during that intense early creative period of his life. The result is Second Promise, a fitting title for his subsequent kick-at-the-can.

On this debut, David majors in late-60s folksinger music, with minor excursions into Celtic, roots, country, and even Middle Eastern melodies. The opening number, “David’s Dream,” is a full, rich production with a fanciful lyric, driven by piano with accordion accents. It features local singers Jill Harris and Meg Contini (The O’Pears) on Leonard Cohen-style twin backing vocals echoing the lead. David has a very poetic way with a lyric, and it shows on “Lately St. Catharines,” his romantic ode to the city of St. Catharines, ON, contrasted with the hard scrabble realities of the main downtown street of his hometown of Montreal.

There’s enough space in the song “The Pilgrim” to allow Robbie Grunwald’s musette-style accordion and solo piano to really shine here. The accordion and the music itself, composed by Polish-born Natan Walden, combine to create the sound of a classic French movie theme from the early 1970s. David’s riffs on a simple but effective harmonica solo and a Dylanesque organ sound by Mark Lalama are highlighted in the lilting “Harlot Spring,” which recounts the tale of an unfulfilled romantic relationship.

With multi-instrumentalist Drew Jurecka’s haunting clarinet, “Ruth’s Song” sounds as much like a creation of the shtetl as it is of the Middle East. It draws loosely on the biblical story of Ruth and Naomi and was written to a girlfriend spending many months far away in the Middle East.

As a powerful solo a cappella piece, “A Dream of the Sea” is a real standout on the album and expressly sets the stage for David’s distinct vocal depth. Its timeless message and structure, inspired by Irish folk music, grasp the eternal from the commonplace. The title track also has a bit of a Celtic influence and is a sweet, country folk-style ballad featuring a heartrending, captivating violin solo by Drew. Suzie (Oh Susanna) is particularly compelling, singing a beautiful duet with David on the choruses.

Fiddle takes the lead on “Who Was Old Hannah,” a country-waltz allegory about the struggle with addiction, self-pity and self-destruction. It’s about the death of the American dream in the face of an incipient opioid crisis (nearly 50 years ago and sadly, still topical today). “Old Hannah” is a term used by African Americans to describe the relentless, burning sun, beating down on workers in the fields.

“The Fire Next Time,” as presented on the album, was originally a demo recorded in New York in 1970 with Kate McGarrigle on piano and Roma Baran on lead guitar. Davide Direnzo added a drum track in studio in 2018. The song, whose title is taken from the James Baldwin book, echoes the spirit of revolution highlighted in 1968 and beyond. The timbre of David’s voice perfectly complements the late-60s vibe of the song. Like “The Fire Next Time,” the sombre “Planet of the Sun” could very well have been an AM radio hit if David had released it when it was written in 1970. With music once again by Natan Walden, it imagines a future in which humanity is forced to leave its home planet because of a dying sun – and finds guidance to a new home.

The final track, “Child of Mine,” written in 1993, is a sweet, timeless love song, a paean from parents to their children, and eventually, to their children’s children. It features a sprightly fiddle solo, banjo work by Chris Quinn, and a choir on the chorus.

Produced by Jason Fowler and recorded and engineered by Jeremy Darby and Julian Decorte at Canterbury Music Company in Toronto in January, March and April of 2018, Second Promise is a gift to David’s younger self and to we who missed it the first time around.

Ghosts: Ian Tamblyn’s journey to the ...

Tom Russell – October in the Railroad ...