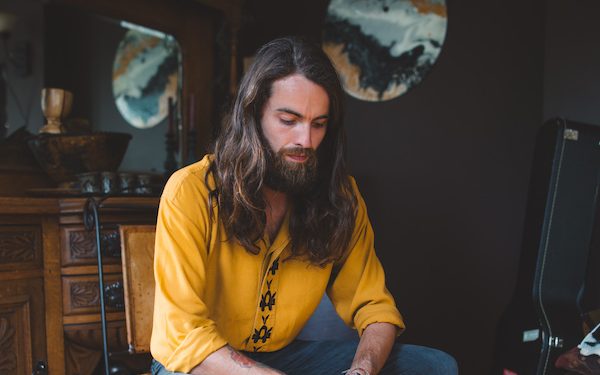 Manitoba based folk/roots singer-songwriter Logan McKillop recently announced the independent release of his second full-length album Anchorless, coming March 29, and premiered the album’s third single, “The Learning Curve.” Logan will be launching a tour of western Canada in support of the new album starting on tomorrow in northern BC, with eastern Canadian tour dates to follow in May and June (dates to be announced soon).

Anchorless is a collection of songs that displays Logan’s maturity as an artist. He co-produced the carefully arranged album with fellow musician Scott Nolan, while showcasing an all-star roster of Manitoba musicians. The 10-track album comes to life with the addition of a string section, piano, drums, bass, pedal steel, vibraphone, clarinet, banjo, mandolin, and a whole lot of harmony. Anchorless covers themes such as overcoming loss and addiction, as well as striving for personal growth, and this message comes through loud and clear on his new single “The Learning Curve.”

“I wrote this song at a time of my life when I was trying to become a better version of myself,” said Logan. “I was coming to terms with the fact that I was making a lot of mistakes and trying to learn from them. This song is ultimately about self forgiveness, growth, and using creativity to overcome hardships.”

Equally skilled as a wordsmith and guitarist, Logan is unafraid to delve into what’s real, exploring the highs and lows of the human condition with absolute honesty. He’s been a full-time touring musician for the last four years and has toured extensively across Canada and Europe. Notable past performances include the Winnipeg Folk Festival, CBC Radio, the BBC, and four separate Home Routes house concert tours throughout the Yukon and NWT. He received national praise for his 20-song debut album Prairie Sky, released in 2013.

“The Learning Curve” follows the release of the album’s first single, “Days Of My Demise” on Feb. 8, and the second single, “Mother’s Love” on Feb. 22.

Anchorless will be available on Spotify, Apple Music/iTunes and other digital retailers and streaming services on March 29. For more information and the most up-to-date tour listings, please visit loganmckillop.com