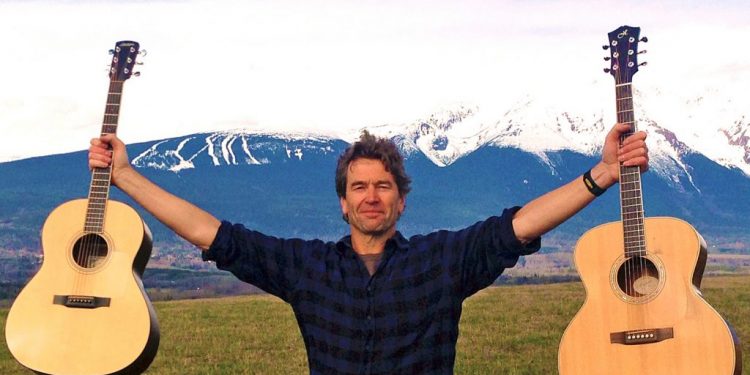 We’re thrilled to be premiering it here today on Roots Music Canada.

Like so many Canadians, I was heartbroken. Years ago, I played hockey with guys from the Moosejaw Warriors, Saskatoon Blades and Humboldt Broncos, among others,” Mark said. “I played as a kid along with my four brothers. My son played hockey. I coached a lot of teens. … Everything felt really close to home.”

Mark’s home territory of rural northwestern BC is similar to many of Canada’s sparsely-populated landscapes where sports teams need to travel far and wide, back and forth along icy highways to get to their games.

I have played ‘Cold Road’ live in Calgary, Toronto and Montreal this year, and the response has been a little emotional,” Mark said. “Hockey is so much a part of our fabric here in Canada. People relate to really going for it … following that dream of making it to the NHL.”

Mark was encouraged to record the song, so he called up producer Jordy Walker from the Yukon and musical comrades Tobin Frank (Spirit of the West), Mark Thibeault, and Ian Olmstead and recorded the track this winter.

The he may be a new voice to many listeners, Mark is not new to the recording and performing world; he has 12 albums out, he performs frequently in the Canadian north west, and he has begun to broaden his reach. His songs have been getting a new rush of international airtime and favourable review in places like New Zealand and the UK since he made his debut this winter at the Folk Alliance International conference in Montreal.

He is best-known for his storytelling style and often makes legends out of local characters and events in his region. New Jersey has Springsteen. New York has Billy Joel. Northern BC has Mark Perry.

Take it away, Mark!

The Canadian Folk Music Awards will be ...