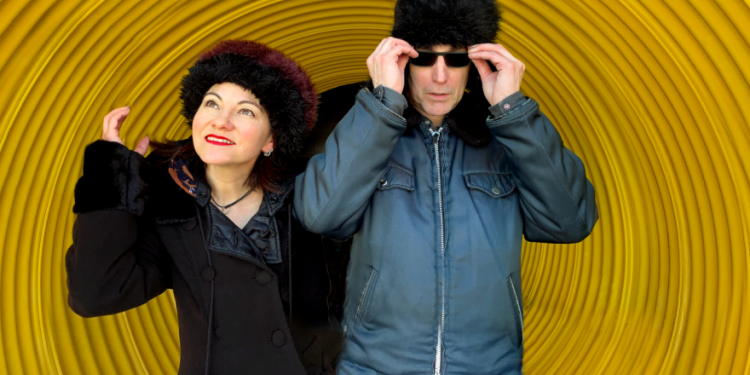 Devin and Keri Latimer, a.k.a. Leaf Rapids, are such stupendously multi-talented individuals that a person could really grow to resent them if they weren’t also so damn nice.

Devin is a physics professor who moonlights as one of the sharpest festival artistic directors in the country – his Trout Forest Music Festival being such a star attraction that hundreds of people drive five or six hours each summer to descend on Ear Falls, Ont., a depressed mining and forestry town that, with all due respect to Ear Falls, has no particular tourism credentials outside of that.
Devin is also a pretty wicked bass player whose skills helped score a Juno Award for the band Nathan, which he co-anchors with Keri.
And Keri? She’s got that sweet, pure-as-the-mountain-air singing voice that great folk-roots songs are made of – a little bit of Emmylou, a sprinkle of Dolly, a touch of Nanci Griffith – you get the idea.
She has mad skills on the theremin, and she can write a song so perfect you’ll swear it was traditional.
Like this one: “Dear Sister,” which we are stoked to be premiering today on Roots Music Canada.  It’s from their forthcoming album, Citizen Alien, which is due May 3.
The moment Keri started singing, I was pretty sure it was a cover of something I’d heard sung through the ages. I had to look at the credits to assure myself that she actually wrote it.
“Dear Sister was inspired by some of the remarkable stories told to me by loved ones of their teenage pregnancies,” Keri said. “Who doesn’t remember that horrible high school dread of being late in your moonly cycle? Shame and blame baby, coming right up. Maybe you’ll be supported by a loving family, or maybe you’ll be shunned from your community, or maybe both.”
Keri also directed this clever-as-hell sepia tone video filled with cameo appearances from fellow musicians and friends and assorted people’s children – including hers and Devin’s.
Yes, that’s Al Simmons you see there.  And John Wort Hannam.  And Carolyn Mark.
Sigh. If the rest of Citizen Alien, is half this good, expect another Juno nod and maybe another win for these two.
Then watch for an Order of Canada citation and a press release announcing Devin and Keri’s selection for the Canadian space program.
Because really, is there anything these two can’t do?
See Leaf Rapids live:
If you are enjoying this content, please take a second to support Roots Music Canada on Patreon!