Sheila Soares releases debut album, All There Is, and shares video for ‘Hold On To Her’ 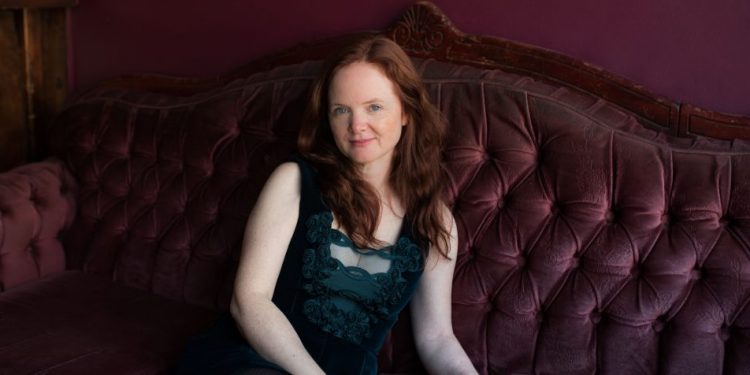 Toronto-based singer and songwriter Sheila Soares, whose sound explores the connections between jazz, blues, soul and folk, makes an indelible impression with All There Is, her first collection of original material. Produced by Eric St-Laurent — who also plays guitar on the album — All There Is captures Sheila and her top-flight band in the studio on a particularly good day, a testament to the years of hard work that has led her to this point.

We’re proud to share the album’s first video for the track “Hold On To Her,” a smoky, late-night jam showcasing the interplay between St-Laurent and the bluesy piano and Hammond B-3 work of Jeff McLeod. The album also displays Sheila’s songwriting range on the chanson-inspired “Les Fraises Sur La Lune,” the classic heart-wrenching jazz ballad “Forever Blue,” and the album’s bittersweet, folky closer “The Forgetting.”

“I’ve been a musician as far back as I can remember—singing, playing piano,” she said. “But my parents always viewed music as an enrichment activity. And I think, as a woman of a certain time and place, there was a lot of pressure to follow a certain ‘safe’ path—career, marriage, kids, etc. But almost everything I pursued connected to music in some way, because it’s like breathing to me.”

That safe path took a dramatic turn for Sheila in 2011 when she suffered a serious illness and had to temporarily step away from her career as a teacher. But she held on to the music, continuing to sing to get through the pain. From there, she took her first tentative steps into the Toronto jazz community, which would ultimately inspire Sheila to adopt a serious regimen of music study and practice. Songs began flowing from there, and soon she was performing with notable players within the scene.

Upon reflection, she said, “Part of me wishes I could have made it here sooner in life, but like many things I’ve done over time, it wouldn’t have been the same version of me at those times. So, I’m grateful for everything that’s happening now and for the fact that there are no time limits in life to do anything. We have to keep trying. We’re only here once.”

For more information and to purchase All There Is, go to sheilasoaresmusic.com.

Pina Bausch – Soak it All In