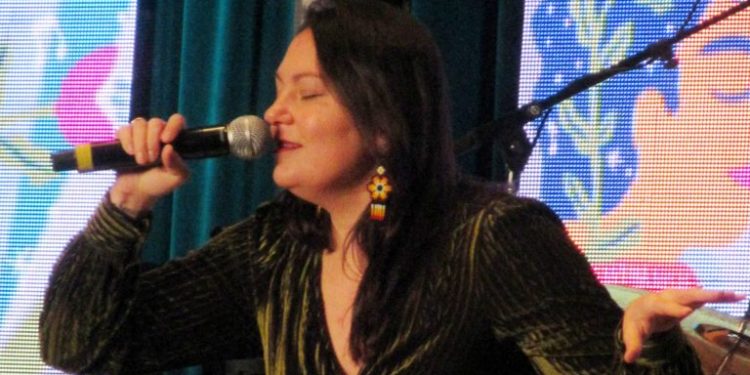 The cultural media is focusing attention this year on the arrival of what Jeremy Dutcher called the “Indigenous Renaissance” during his acceptance speech at the Polaris Music Prize, a polar vortex of critical and creative affirmation from the maligned hearts of Canada’s original proprietors. A recent convergence of art awards and think pieces has forced our nation of landlord-tenants to make direct ear and eye contact with a record harvest of native expression in literature, art, film and music. It draws power from the inspirational wellsprings of nature’s divine integrity, the importance of language retrieval and hyper-aware concerns for the tenuous tenacity of Reconciliation. Still hobbled by damages from the residential school tradition and current environmental policies, native artistry continues to erupt more and more noticeably, stubbornly, and with vital spontaneity, nationwide. 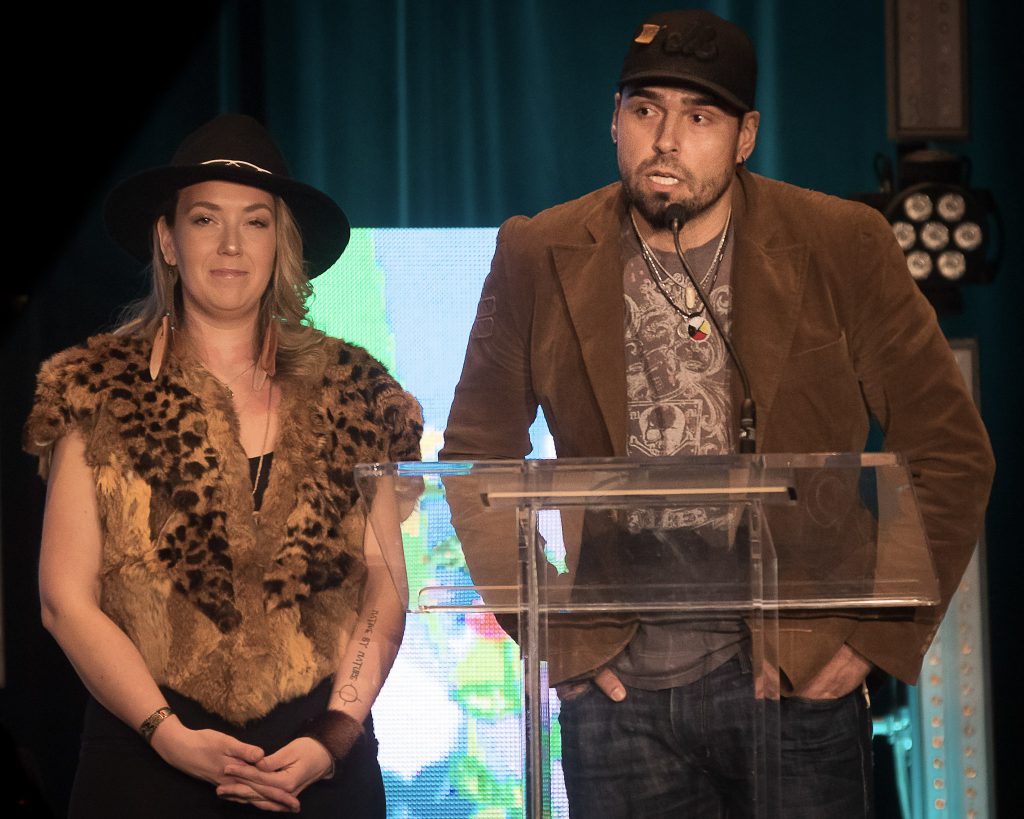 Last weekend, Folk Alliance International’s annual conference at Montréal’s Fairmont Hotel was ground zero for a gusher of advocacy attuned to acknowledging and developing First Nations consciousness in the creative arts. To effect a basis for unified thought, the inception of an Indigenous Music Summit included the presence of performers from worldwide Indigenous societies, a separate re-examination on Friday to organize and affirm learnings from the Summit, and a culminating symposium of real talk Saturday afternoon at a packed gathering in the spacious Joni Mitchell Room.

FAI artists in residence Twin Flames opened the meeting with the premiere screening of their commissioned video “Human,” a poetic black and white vision of fellowship created in partnership with UNESCO and in confluence with the United Nations’ designation of 2019 as the International Year of Indigenous Languages. When the drums kicked in and the duo sang, “I am Human. I am People,” just about everyone’s soul went all a-flutter. To waves of applause that took a long time to subside, Jaaji and Chelsey June took to the stage after the screening to speak of our shared responsibility, to the youth especially, for reconnecting compassion and pride to a common human culture.

Their awake and aware tone prepared the audience for the electric presence of Tanya Tagaq, this year’s keynote speaker, who, despite a problematic cold, roused herself to read from her recent mythobiography, Split Tooth. Stopping to chant, growl, and squeal wordless indicators of the powers beyond language that her work channels, she created a turbulent and immediate bond with every ear in the room.

“This country exists,” she began, “through slavery and through genocide, and it’s up to all of us to take responsibility for that.”

Her theme was the value of authenticity – that each tradition respects common sources but also affirms the volition and choices of the artist, guaranteeing the freedom to express possible futures. Expropriation, accomplished by “media breaches and ownership breaches,” violates the authentic meanings of language, and “because you can put anything you think they’re saying on it,” truth becomes ambivalent when pseudo artists attempt to channel inspiration from beyond the limits of their natural talents just to try to “fill a void inside themselves.” 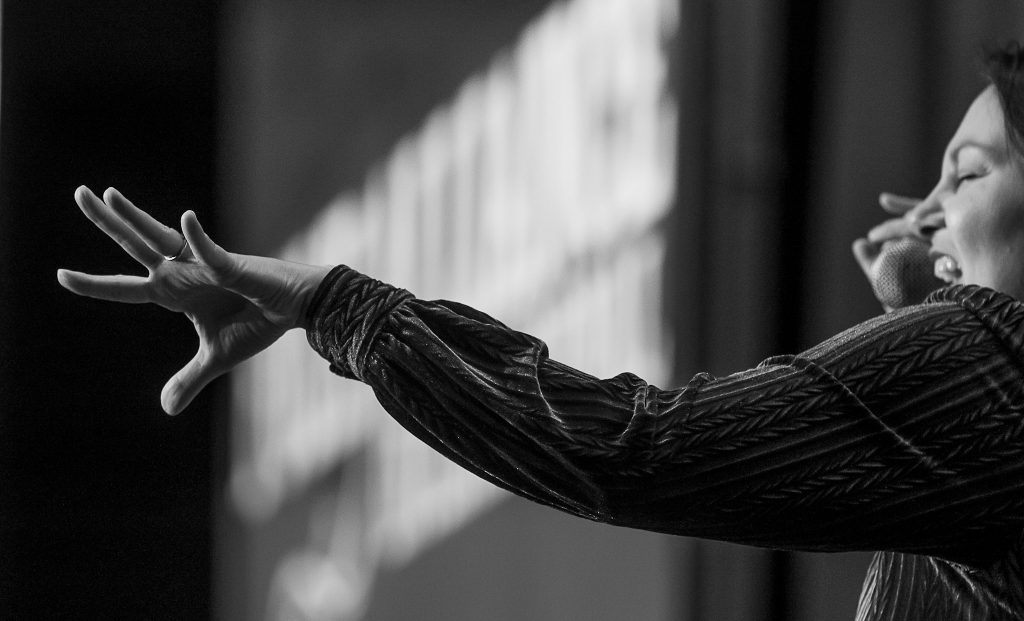 “We will harvest the truth / We will collect the rent / This tapestry is being rewoven,” she read. Simultaneously sobering and intoxicating, the sensuality of her language bubbled and soared out of her, often convulsing her in her chair as it escaped.

“Something is lurking,” she murmured playfully as she read the verses, “It makes me want to hide in blankets and make bad choices.”

Among the possible futures that she envisions are an age of post-colonialism (“We’re not there yet”) and her dream of getting the Canadian government to reverse the residential schools’ effects by “putting an equal and opposite effort” into restoring lost traditions, educating youth in the ancient ways and teaching them back the languages they have lost. An intense standing ovation came rising up in waves.

To describe the immediate reaction to this address, “Wow” would be an understatement. Everyone there felt new horizons awakening as they walked away revived, conspiring and amazed.