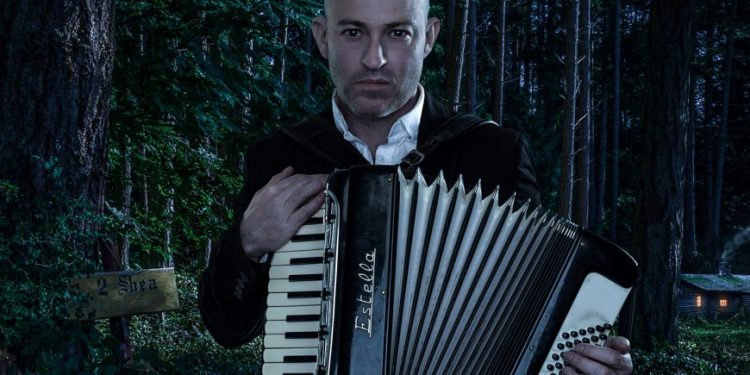 Beloved Vancouver singer-songwriter Geoff Berner is heading back on the road across Canada this spring with Ben Caplan, and to coincide with that, he’s released a new video for “Super Subtle Folk Song.” Although it’s from his acclaimed 2017 album Canadiana Grotesquica (Coax Records), for Geoff the song’s message of how the political system is failing to address environmental threats is timely in light of the ongoing Trans Mountain Pipeline Expansion Project controversy.

Describing the song, Geoff references a Yiddish music hall comedy song from the early 20th Century containing the line, “The boat was taking on water from a hole, so I made a second hole to let the water out.” He adds, “That line encapsulates Canada’s bizarre strategy for dealing with the climate catastrophe that is now upon us: Respond to a disaster caused by fossil fuels, by trying to double our output of fossil fuels.”

Geoff Berner has been touring and playing his songs on his accordion since 1999. He has released seven studio albums and has published two novels, which have brought him a sizeable cult following on the strength of his sharp lyrics and oddly engaging performance style.

The wonderful and wildly popular Halifax-based singer-songwriter Ben Caplan counts himself among Geoff’s fans. Ben covers not one but two Geoff songs—“Traveller’s Curse” and “Widow Bride”—on his album Old Stock, a recording of songs from his stage musical Old Stock: A Refugee Love Story, written by Hannah Moscovitch and produced by the 2b Theatre Company, which has packed houses all over Canada, the UK, Australia, California, and New York, where it garnered six Drama Desk Award nominations, including Best Musical.

Find out more at geoffberner.com