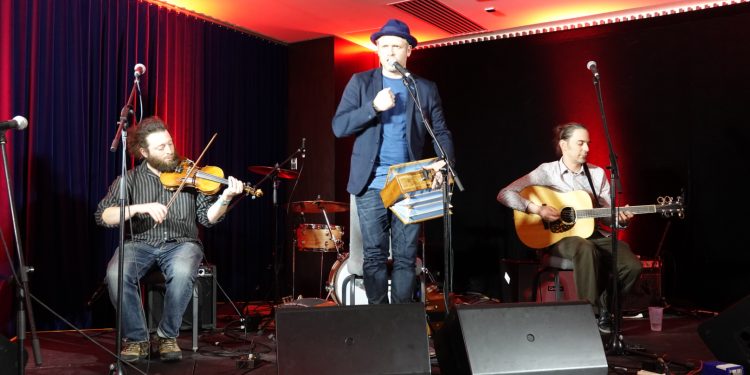 First up in the Saturday late night showcases at Folk Alliance International was Sawyer Fredericks, who won The Voice competition at the age of sixteen in 2015. We have been spellbound by the songwriting of this young man. “Hide your ghost” is the title of his latest CD, and we were treated to a few songs from that recording as well as some older material. Sawyer’s incredible voice and stage presence are the reason you want to see this man live, and his lyrics resound. “Talk has weakened my senses, left me open to your schemes; I want to know who you are…” 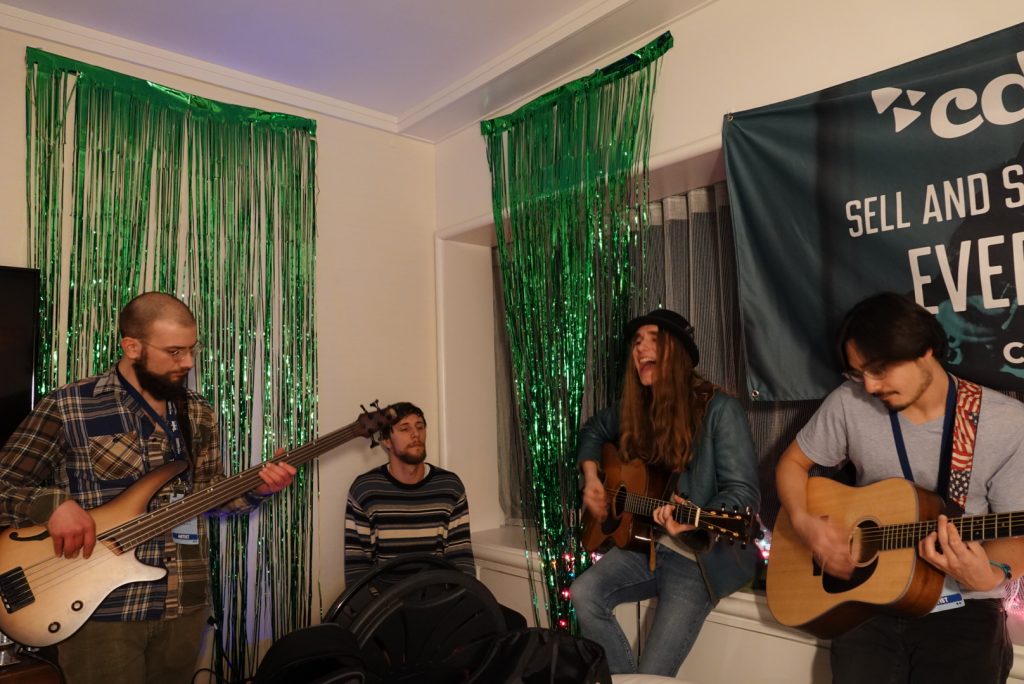 Beaton-Plasse is a fantastic duo of female fiddlers: Véronique Plasse is from Joliette, Québec, while Andrea Beaton, originally from Cape Breton, Nova Scotia, now lives in Montreal. Both ladies are well placed on the list of top Canadian fiddlers and it shows. Their showcase of original and traditional tunes from Cape Breton and Québec was nothing short of astounding and the set list is the story of a magnificent friendship. Lyrical melodies, ripping reels and stunningly beautiful harmonies reveal the full range of abilities of these superb fiddlers whose eye contact during their performance tells everything about their intimate musical relationship. 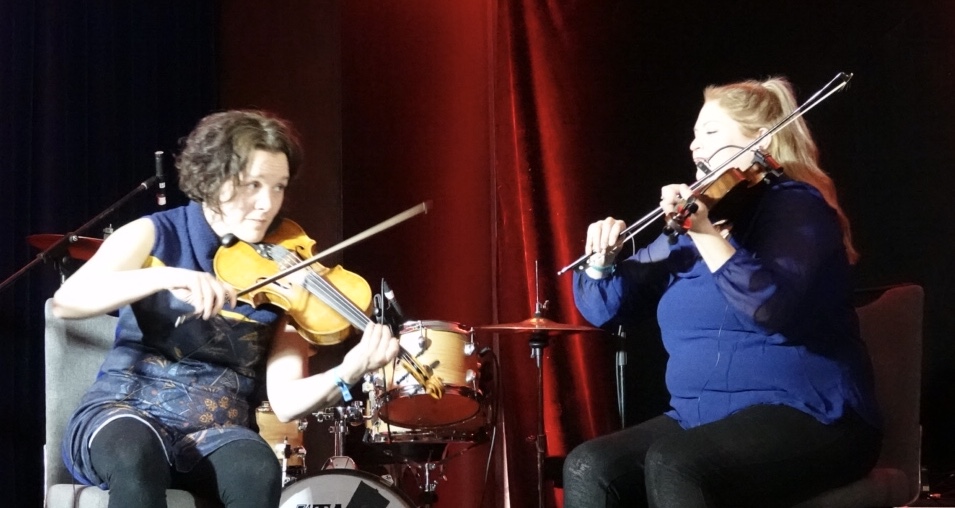 Joe Jencks’ songs of social justice began at midnight. Joe was in fine form, his baritone voice commanding the room and inviting audience members to join in on the choruses of his lovely original songs, including Poets and Philosophers, and covers of classics, such as Pete Seeger’s If I had a Hammer. “Who will speak, who will speak for me?” asks Joe, lamenting the lack of real leaders in our world today. “I will speak for you, you will speak for me,” he replies, compelling us all to take action. These are truly beautiful songs born from a social justice conscience.
Joe also sang one of Si Kahn’s unpublished jewels, telling the story of how he came to create an entire album of material that Si had never recorded. The CD, The Forgotten, was recorded in Toronto with the assistance of a whole cadre of Toronto musicians including producer Ken Whiteley. “I have seen freedom being born.” What a line from this fine songwriter. 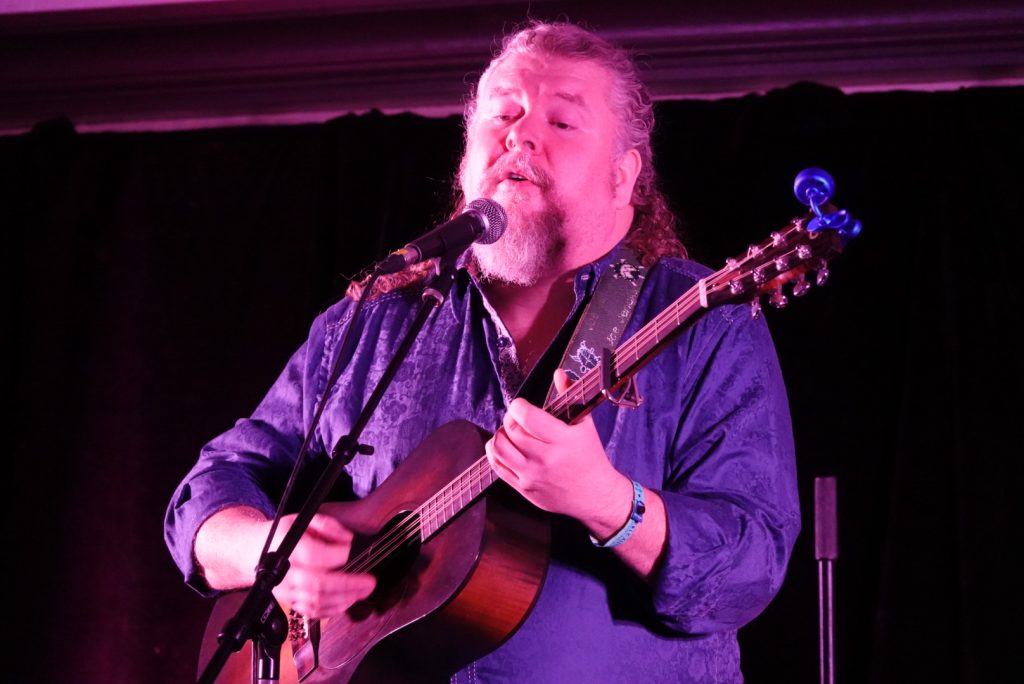 Next up was Rivière Rouge, a trio from Quebec, formed 18 months ago, a trio who are making their name with the music from the Métis tradition. Justin Bell, on button accordions, joined forces with guitar accompanist Jean Desrochers and fiddler Isaac Beaudet to produce this fantastic showcase. The Métis are the people who arose from the unions of the French voyageurs with Canadian indigenous people, generally in the prairie provinces. Their culture is distinct and the music has a unique French sensibility, with crooked tunes of varied measures. The band showed off their very able chops with fast reels and songs of rebellion. 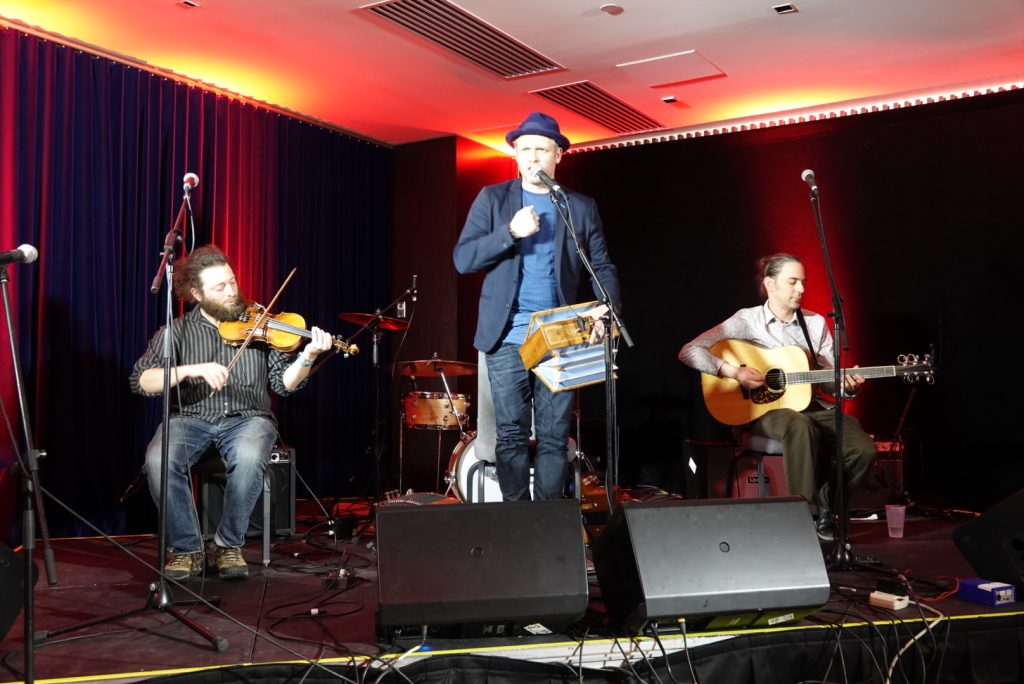 Singer-songwriter Annie Sumi delivered her late night showcase in a room that was packed to the rafters. Her thoughtful lyrics, delicately sung with her deft, but gentle touch on her guitar had the audience listening with rapt attention. She had a little help from Oisin Hannigan, incredibly sensitive on the bohdran, which completely added depth to her presentation. Annie sang the lines she wrote with conviction and sensitivity. “Like walking through a dream in the darkness, barefoot in the forest; like a raven…” “I’m a howling wind…Half way sky bound…” She spoke of appreciating the little things in life, appreciating the small moments and appreciating people sharing their truth with us. Just gorgeous. 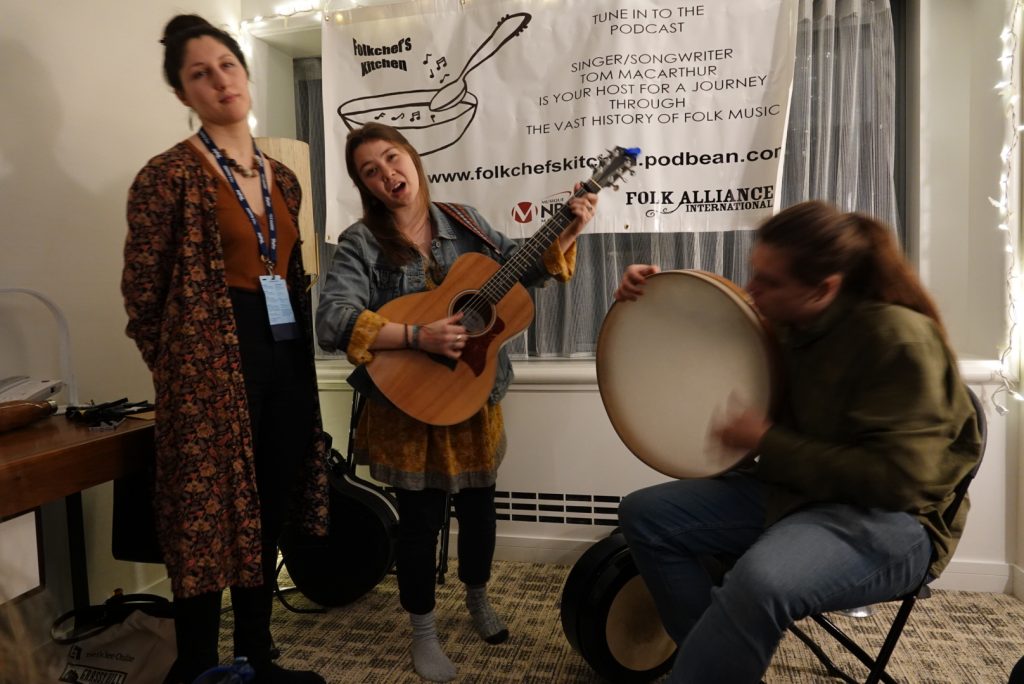 Our final showcase of the conference was Jaron Freeman-Fox‘s headphones show, at 1:45 a.m. Jaron played a solo show focusing on his improvisational compositions on his 12 string viola d’amore that evoke the memory of his great mentor and teacher, Oliver Schroer. Walking into Jaron’s showcase room, we were invited to don headphones. “There’s a dress code here,” joked Jaron, thrilled to be performing for a whole room full of ‘nerds’ wearing them. We were treated to a thrilling showcase that included stories from Mongolia, Tuvan throat singing and fiddle riffs that sounded like the universe full of shooting stars. This was very cool spacey music that made you forget where you were; extreme improvisation, layered. 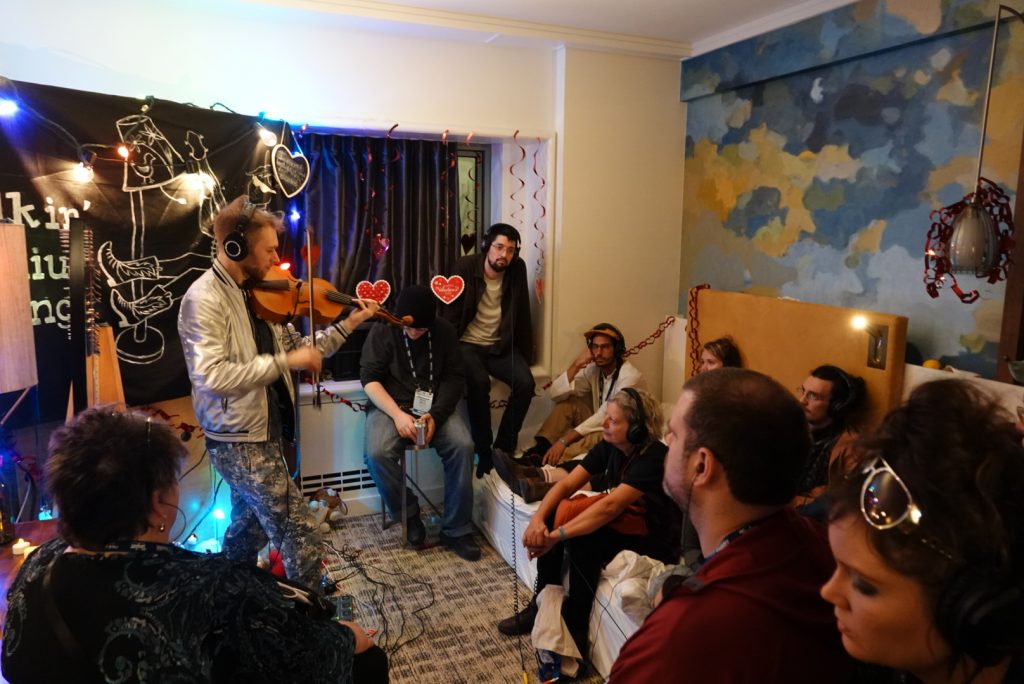 That concluded our Folk Alliance International festival of 2019, but the night was not over. We joined in the Québecois jam in the Folquébec room, playing tunes while the crew disbanded the sound system and room decorations around us. It’s simply a joy to play fiddle with some of the best players in Canada, and to play the incredibly joyful repertoire of tunes from this part of the country. When we left at 3:30 a.m., contemplating the drive back to Toronto the next day, there were still musicians joining the session…. The fun never ends, here in Montréal.
If you are enjoying this content, please take a second to support Roots Music Canada on Patreon!

Folk Alliance: the business of trad ...