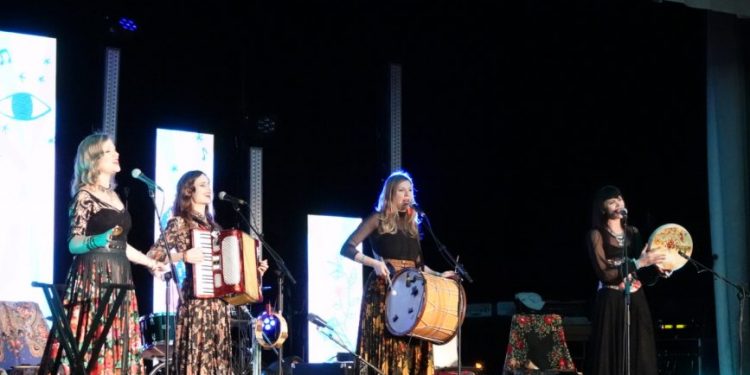 The Roots Music Canada team is out in force in Montreal this weekend for the annual Folk Alliance International conference, the world’s largest gathering of folk artists and industry people.  A key component of Folk Alliance is the showcases, series of short performances by artists, which provide concert and festival promoters with a chance to sample their lives shows. Folk Alliance produces a number of official showcases as part of the conference and selects artists from a large pool of applicants.  Individual artists, labels, publicists and other industry people also rent rooms and host private showcases well into the wee hours.

When you start out your evening hearing a voice that sounds like a bottomless pit of warm melted chocolate, you know you’re having a great day. That voice belongs to Connie Kaldor, who today is rather a legend in Canadian folk music her having not only that amazing voice, but also a wicked sense of humour and a dynamite stage presence. Blasting out her invariably clever lyrics with full throated verve, Connie has the audience eating out of the palm of her hand. She finished up her showcase set with her composition she describes as a “She Shanty.” All the men get to sing hearty sea shanties, she laments, but there’s nothing like that suitable for women to sing. So Connie Kaldor composed a She Shanty all about what women need when they’ve been treated badly. And, there’s even a line that mentions chocolate. 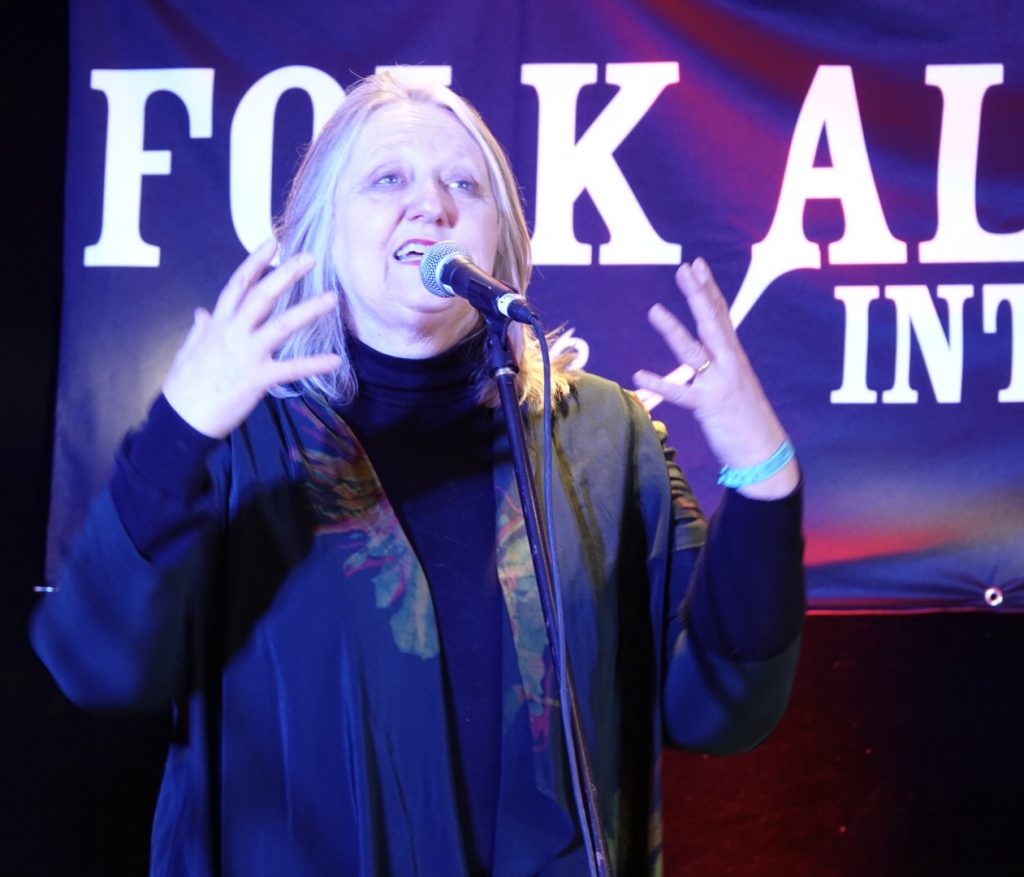 Next up was a duo with a mesmerizing sound. Perséides combines double bass and santur to improvise upon the classical music of Persia. The santur is a many-stringed instrument played with small hammers similar to the American hammered dulcimer or the Hungarian cymbalum. In Perséides, the bass player brings a history of jazz improvisation to the duo, and each musician is obviously a virtuoso; both are incredibly skilled on their instruments, leading to a transformational experience for their audience members. 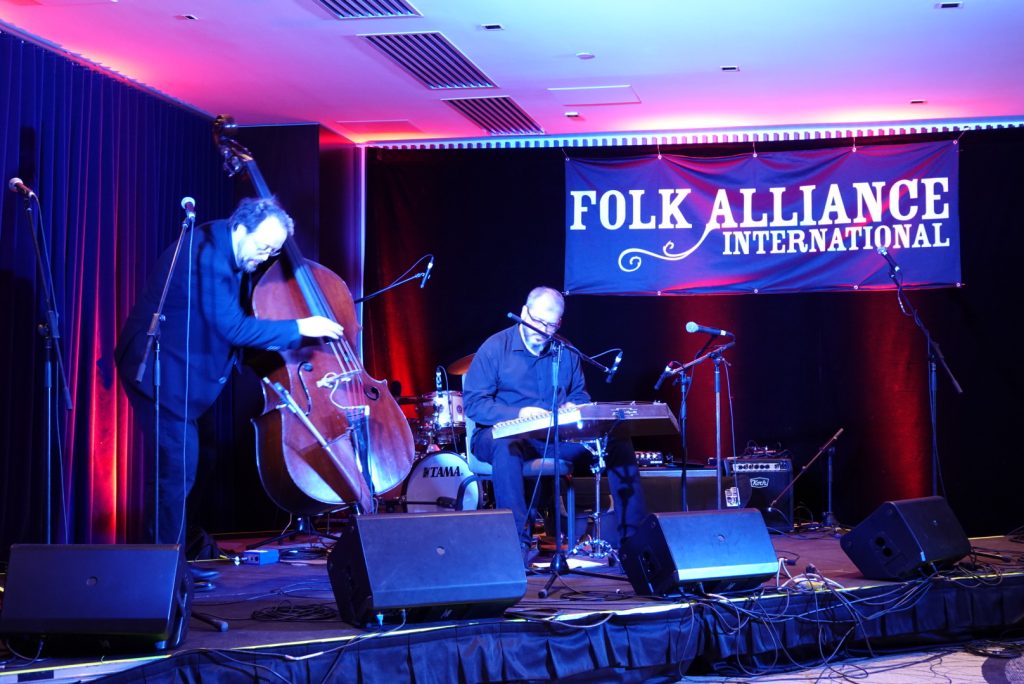 Poet Tanya Davis presented an amazing set with spoken word artistry. “I love you like common sense,” she writes, “like poems, and being in them.” Tanya accompanies herself, noodling on electric guitar as she delivers her delicious words that make you sit up and stare at the wall, astounded at what she just said. “Art people are heart people,” she said at one point, at random, from nowhere. It seems that that phrase sprang from her brain just then, such is her off-the-cuff-musing. Tanya also delivered a lengthy poetic piece all about becoming comfortable with loneliness and solitude. It was delicious like French vanilla ice cream – familiar, comfortable, but remarkable for how it makes you feel. 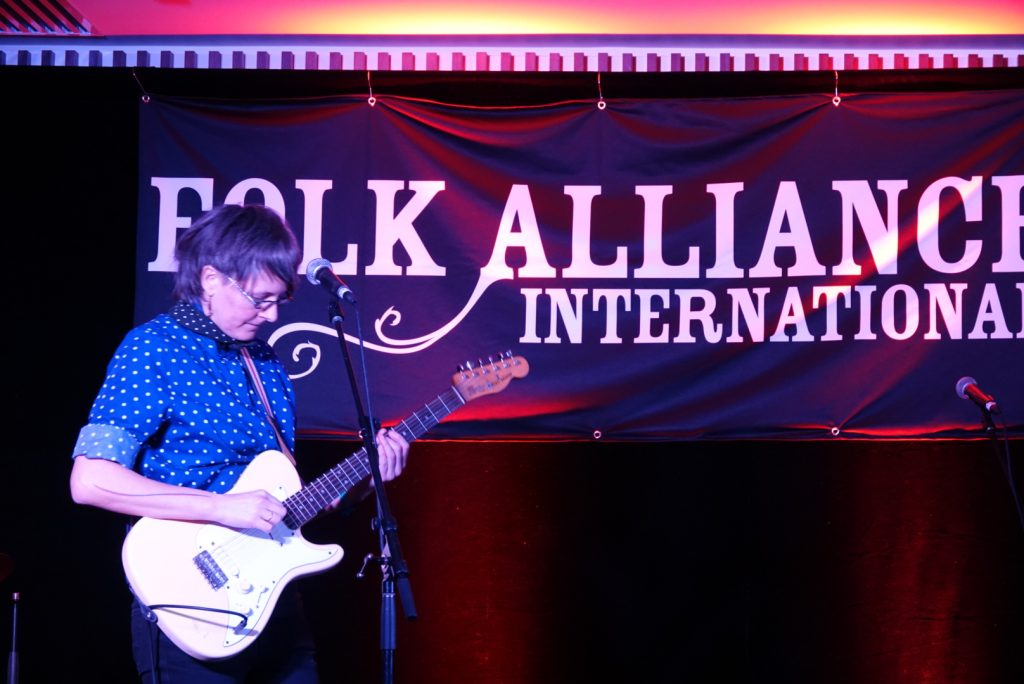 Blisk, singing songs from Eastern Europe, was next on our program. We caught a couple of pieces from their set, marveling at their command of lovely harmonies, gorgeous costumes and unusual melodies. Well worth the riveted attention of the audience. 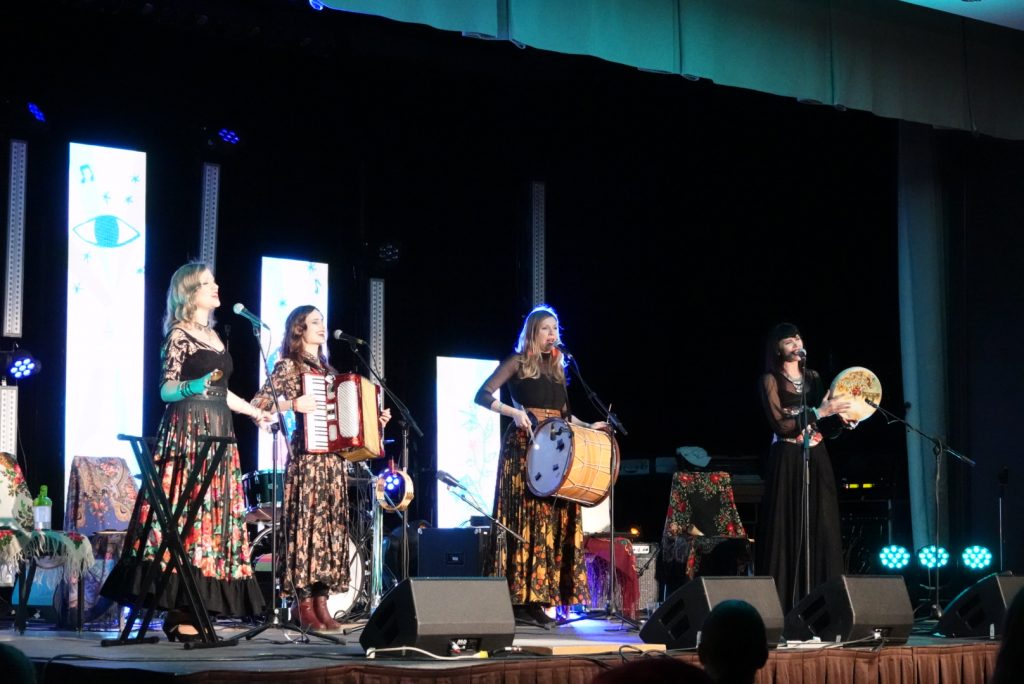 Legendary bluesman Harrison Kennedy did a set in the Leonard Cohen Room. From Hamilton, Ont., and formerly a member of the popular and immensely respected band Chairman of the Board, Harrison is now 77 years old but still has the chops to do a solo performance with just a cigar box guitar and his ample voice. Harrison has written some 700 songs in his long career in the blues music genre, and he still has his audience hanging on every note.
The Good Lovelies did a wonderful set. These are three lovely young women with voices like the proverbial angels. They accompany themselves with two keyboards, a guitar and various small hand percussion instruments, and all of the instrumentals are a perfect blend with their voices. The harmonies are so beautiful, they make you forget to listen to the lyrics.
Following the Good Lovelies was a giant Cajun party band, the Revelers, from Louisiana. Comprised of six men, the band was raucous and fun in the best of Zydeco traditions. Button accordions, guitars, two fiddles, saxophone, drum kit and bass made for a giant sound in this biggest of ballrooms in the Queen Elizabeth Hotel. This band was so much fun that couples from the audience actually got up to dance the Cajun two-step on the floor beside the stage. 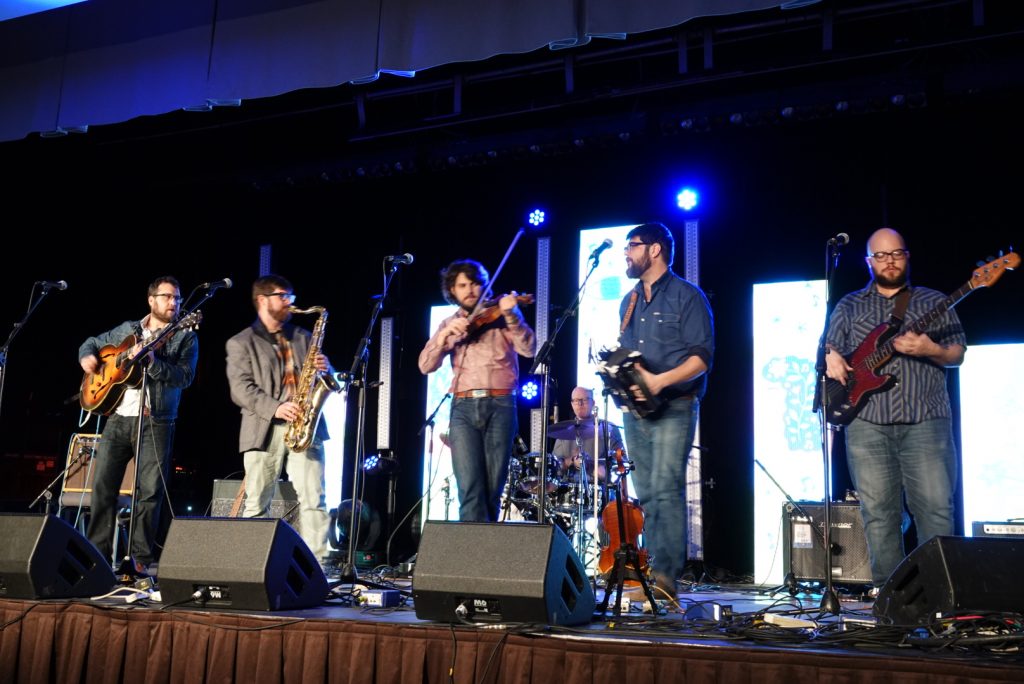 The Revelers. Photo by Elizabeth Szekeres.

The finale of the Thursday afternoon official showcases was a concert by the McGarrigle Family. Anna and Jane, with their adult children, performed a tribute set to their sister Kate McGarrigle, who died in 2010. A passage from their memoir, Mountain City Girls, was read. An instrumental version of “Talk to me of Mendocino,” possibly the most perfect song that Kate wrote, was played, along with “Entre la Jeunesse et la Sagesse,” and “Fare Thee Well,” among other great pieces. “It’s a place between youth and wisdom,” Anna said. “It’s a place we’re still trying to get to…”
And so ended the afternoon official showcase performances. 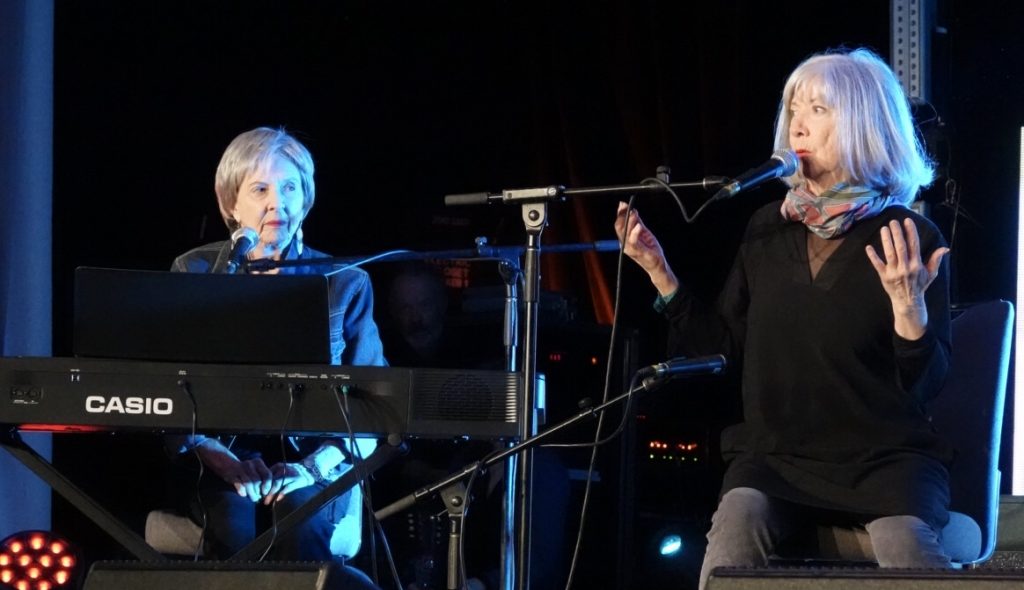 The McGarrigle Family. Photo by Elizabeth.

Folk Alliance: The revolution will not ...