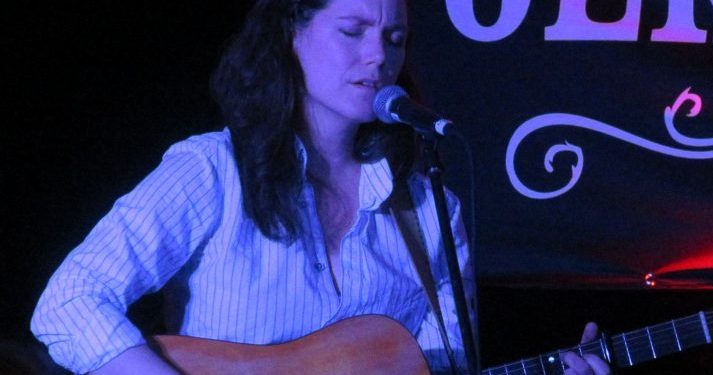 401 white-outs and grounded flights be damned, the Folk Alliance conference kicked off Wednesday with a few absent friends, but evidently no frost on the festive folks who had made it into the 2019 host venue, Montreal’s famous Fairmont Hotel.

Official showcases began with a dozen or so in the audience. Big draws like Catherine MacLellan and Reuben and the Dark were playing mostly to friends and peers at the outset, but by set’s end, sizeable numbers began to turn up. Reuben’s cover of “Bobcaygeon” met with a roaring ovation, and Shari Ulrich ended her set in top form before a packed house.

“We told them to leave the door open,” confided keyboardist Cindy Fairbank.

For the second round, the McDades flexed their compound roots with a frantically tickled penny whistle riding atop killer beats. Official showcases ended with a summit shaking performance by Dione Taylor and the Backsliderz. With soul power and gospel grace and the roaring bass from Jordan O’Connor at the foundation of the heftiest band in the hotel backing her all the way, Dione opened up her pipes on some formidable inspirational social justice testimony.

During the break before the beginning of the private showcases, areas around the bar and quiche stands became densely populated.

Then a flood of fans and fun seekers packed the elevators and headed to the higher floors to the poster-papered walls, seeking intimate contact with folk stars, Stellas and free poutine. This continued on, with memorably arresting performances by The Wanted, April Verch, Cecile Doo-Kingue and hundreds of others until the lost hours in well-lit studios and abrupt single occupancy spaces – until memory waned and the pillows finally prevailed. And so the Day One situational curve descended into dream and darkness.