Folk Alliance: the man who went from political refugee to festival founder 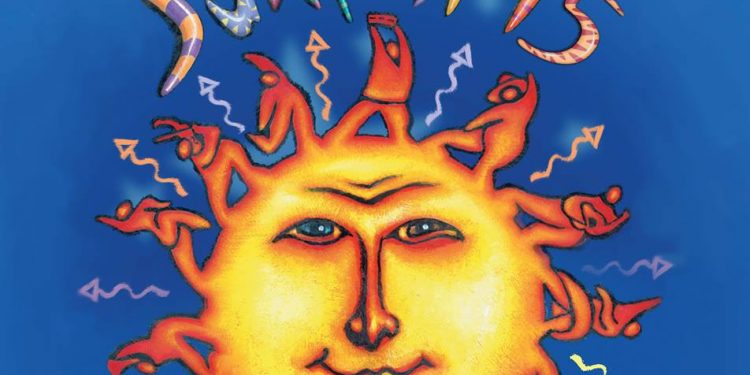 The Roots Music Canada team is out in force in Montreal this weekend for the annual Folk Alliance International conference. The event kicked off last night with the International Folk Awards, and five Canadians took home a prize called The Spirit of Folk. One of them, Alfredo Caxaj, is the founder of London’s Sunfest, a top tier global music festival that gives a serious shot in the arm to Southern Ontario every summer.

Alfredo Caxaj’s Sunfest is so widely associated with positive vibes that many people may be unaware of the struggle it was born from.

Alfredo was born and raised in Guatemala, a homeland he was forced to flee in 1985 because of the civil war.

He arrived in Canada as a political refugee because his family’s involvement in the struggle against the country’s US-imposed dictatorship had already cost him two brothers – and he knew he and his own family were at risk.

They did not choose London. The Canadian government settled them there, and at first, they didn’t like it.

“We didn’t come to a friendly city at all,” Alfredo recalled on the line from his Sunfest office. “London is considered one of the most conservative cities in Canada … It was very difficult … especially in the first five years, to overcome racism, discrimination, stuff like that.”

Alfredo had played percussion professionally in Guatemala, and he met a couple of musicians from other parts of Latin America in Southern Ontario. Together, they formed a band playing traditional Latin American folk music.

“It was … a kind of mental therapy for us to survive,” he said.

Initially, Alfredo and his family had hoped that Canada would just be a stopgap, that the situation in Guatemala would improve, and they would soon return home. But as the years passed, it became clear that would not be the case.

They spent their first year in the country learning English. When they failed to land jobs after that, they were forced onto social assistance.

Eventually, Alfredo landed casual work at the post office, where he worked – unhappily – for about three and a half years.

Then the opportunity opened up that would slowly change his life.

He applied for, and got, a job with a local non-governmental organization that provided settlement services to refugees and immigrants. Alfredo worked for their newly-minted development education centre. There, he started making connections with different arts councils and the Department of Canadian Heritage, who offered him some money to develop a series of literature readings with Spanish and Polish speakers.

It was so successful, they offered him more money in subsequent years to expand the event into more disciplines.

“That was a good beginning for me to start making connections in that field,” he recalled.

With the arrival of the Chretien Liberals in 1993, the development education centres were eliminated, but by that point, Alfredo’s performance series had become so popular – and government was so keen to fund them – that he decided to try and expand the concept into a full-on summer festival.

In 1995, just as he was laid off from the settlement services NGO due to government cutbacks, he secured funding to launch Sunfest.

There were no A-list acts that first year. Alfred’s own band played, and a woman he knew who traveled to Cuba regularly brought in some musicians she knew from there.

But Alfredo had a clear vision of what he wanted from the start.

“From the very beginning I stayed away from all these multicultural models of people dancing in costumes and doing amateur stuff,” he said. “I wanted to showcase the richness of these cultures by presenting professional acts.”

It was also vital to him that the festival be free.

“It was an incredible novelty in this part of Canada,” he said, noting that Toronto’s Harbourfront was doing a lot of world music programming at the time, and he borrowed many of their ideas.

“I always call it one of the most beautiful expressions of community,” Alfredo said. “One of the most amazing things that we have accomplished is to be able to do a festival of this nature in a city like London, Ontario.”

In 2020, Alfredo’s goal is to expand the festival into the downtown core of London and add three or four more stages.

But no matter how successful Alfredo becomes, success in Canada will always be bittersweet for him.

He still goes back to Guatemala once or twice a year to see his siblings and his mother, but he knows now that he will never be able to go back there to live.

The political situation now is even more difficult than it was when he left, he said.

“It hasn’t been an easy journey to come to another country,” he told Roots Music Canada.

When the media began telling his story in 1998, he said, people called him in tears saying they had no idea.

“It is a strange feeling because when I am in Guatemala, sometimes I feel like I don’t belong there anymore, but when I come back here, I have the same feeling sometimes,” he said.

“They say to live in exile is one of the worst tortures.”

He credits music and contributing to community with helping overcome his sense of loss, and he said he feels pride in what he’s accomplished.