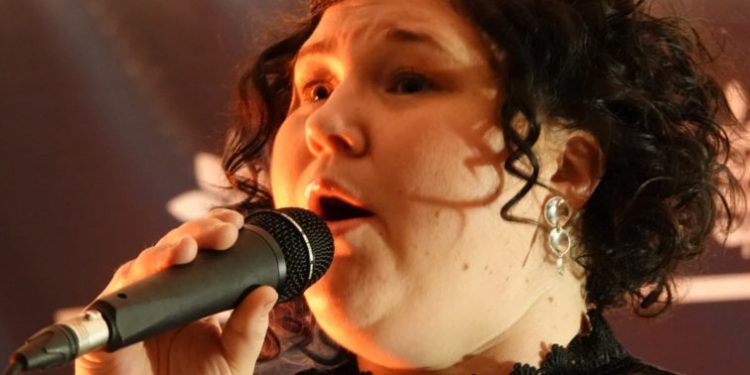 The Wednesday night showcases began spectacularly for us.

The young American singer-songwriter Sawyer Fredericks blew us away first off with his first ever official showcase at a music conference. This is songwriting that makes your hair stand on end. Sawyer’s tortured love songs are delivered with style and that bleeding heart on the floor emotion that makes it all worthwhile.
Next, we saw Matt Mays, the Juno award winning singer-songwriter who hails from the east coast of Canada but now lives in Ontario. Matt was accompanied by a full band, including keyboard, guitars, fiddle and gorgeous Hawaiian slide guitar. His last full-band CD was described as “party rock for the heartbroken,” but the material he presented this evening was more along the lines of the stripped-down renditions he released this past fall – more evocative with its layered harmonies and carefully-crafted lyrics. Matt’s music is a little bit country, a little bit bluegrass and a little bit top 40 radio. It’s all very easy to listen to. 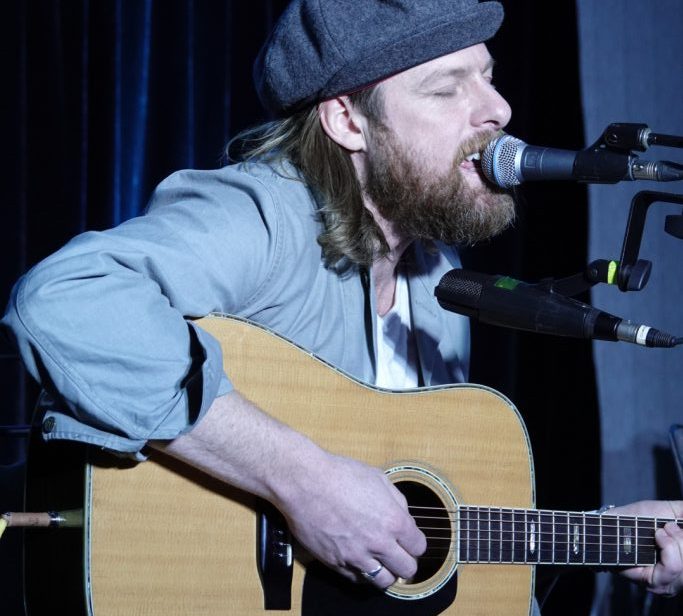 The Bombadils were next on our list. This husband and wife duo combined forces with their standup bass playing colleague to make a great sound. They compose with guitar, fiddle and harmony voices. It’s a really nice combination. These are happy tunes with a great drive and showed the trio’s obvious enjoyment of playing and creating together. They even performed their world premiere of a song they composed about cycling in Montreal. 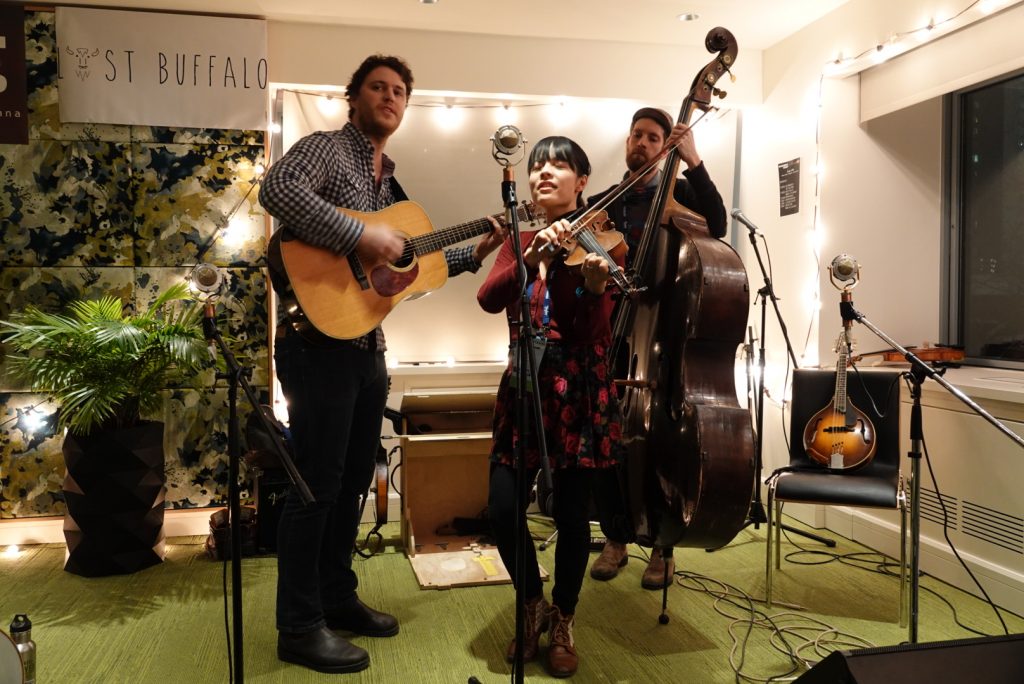 The Bombadils. Photo by Elizabeth Szekeres.

The Faux Paws alternated their set with The Bombadils. Brothers Andrew and Noah van Norstrand, originally from upstate New York, with their friend Chris Miller (Vermont) have meshed their love of playing for dances with Andrew’s new singer-songwriter focus. Originally part of the now-retired Great Bear contradance band, these three young men produce really danceable, driving dance music as well as lovely songwriter stuff. All three are multi-instrumentalists massively impelled by the really fluid fiddling of Noah. What you hear is definitely more than what you see. 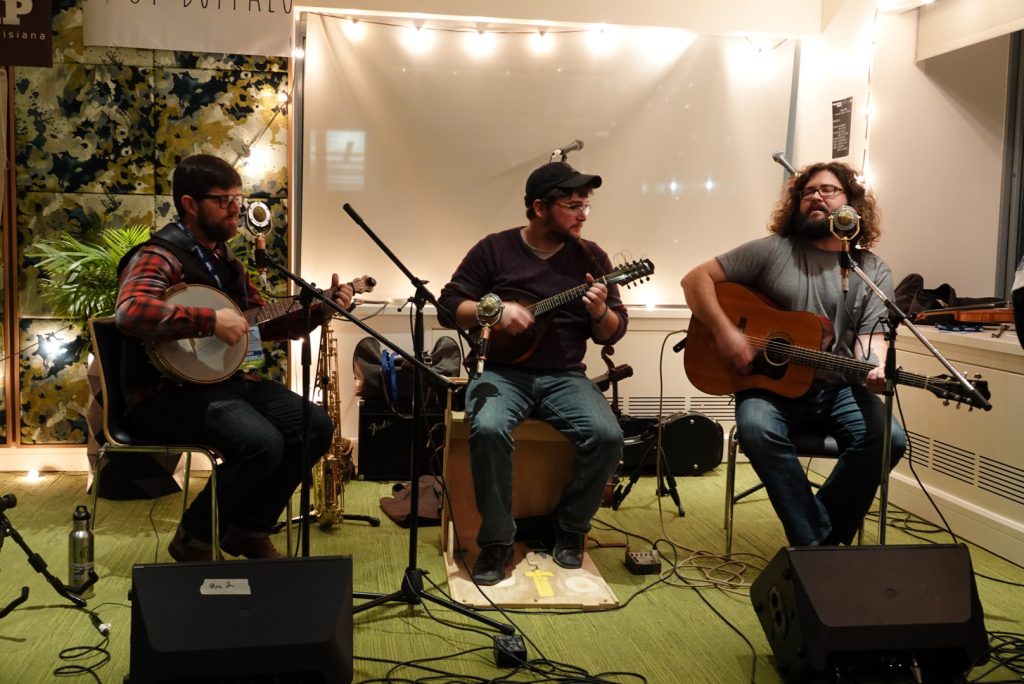 We were delighted to find ourselves in the Nordic Room next, quite unexpectedly hearing Jojk singer Sara Ajnnak from Sweden. Sara knocked our socks off with her a cappella singing in the Jojk tradition from the reindeer herding Sami people of Scandinavia.  In an age of discrimination and overt racism against traditional peoples and their culture, Sara’s grandparents taught her how to be proud of their Sami language and culture. Sara re-connected with her peoples’ language through learning this music and spoke of feeling innately connected with nature when she sings.
“Nature speaks through me,” she said, “I see myself as a messenger.”
Her music is an otherworldly listening experience. 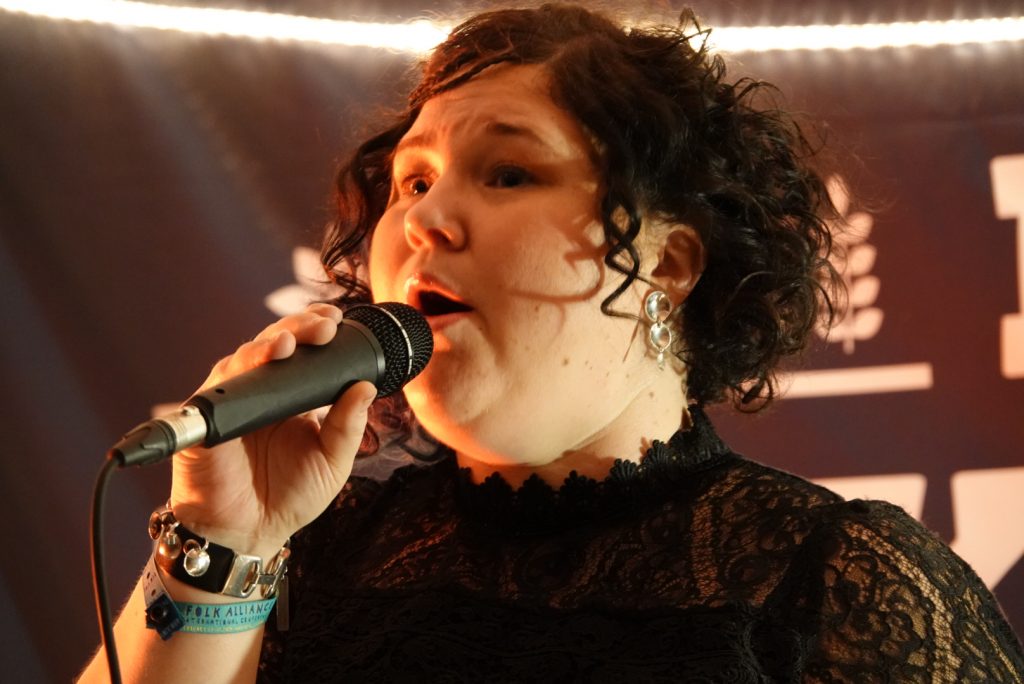 Later in the evening, we caught snatches of a whole variety of music as we popped in and out of the late-night private showcase rooms in the Queen Elizabeth Hotel.
Marouf Majidi from Iran, but now living in Sweden, played a beautiful set on the Oud. Lovely Ember Swift looped her gorgeous voice on a very cool tune, singing harmonies with herself. We were also impressed with her supple scat singing that made full use of her agile voice. 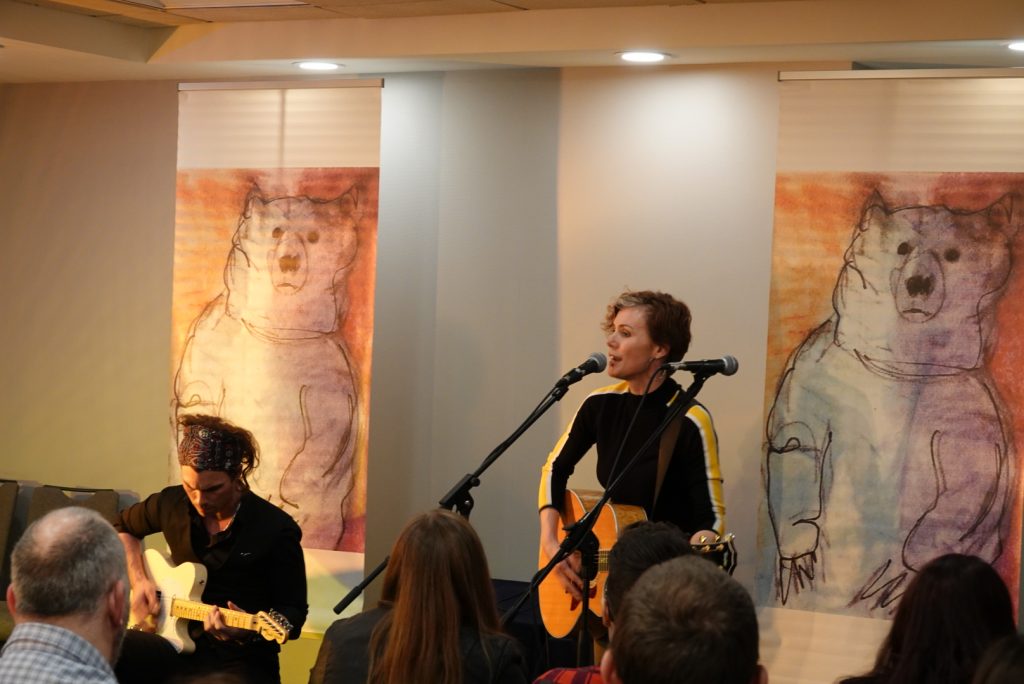 David Newland showcased his recent songwriting, inspired by his northern travels working for Adventure Canada on an arctic cruise ship. Tales of the lost Franklin Expedition, the chilly beaches of Beechey Island, and the midnight sun all make their way into David’s informative and entertaining songwriting, which was highly inspired by his job of helping expedition tourists have their minds blown by the beauty of the Canadian arctic. 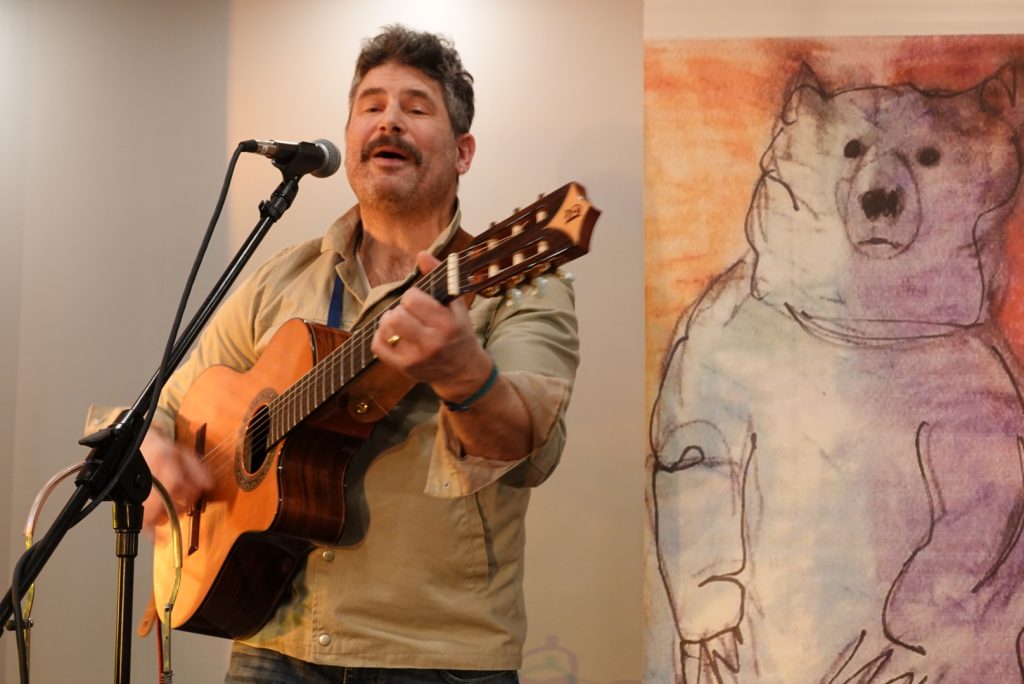 The final set of our long first night at Folk Alliance International was by Alexis Chartrand and Nicolas Babineau, who were our pick for best live performance of 2018. We wanted to see what they were up to now, after attending a lengthy performance and writing retreat at Saranac Lake near Lake Placid, New York. Their workshopping of tunes has paid off. They played a set tonight based on the traditional Québec tune La Cardeuse that was simply outstanding, taking advantage of the weird harmonics and overtones effects that are possible with the skilled use of the bow.
It was a great finish to our first evening at Folk Alliance International. 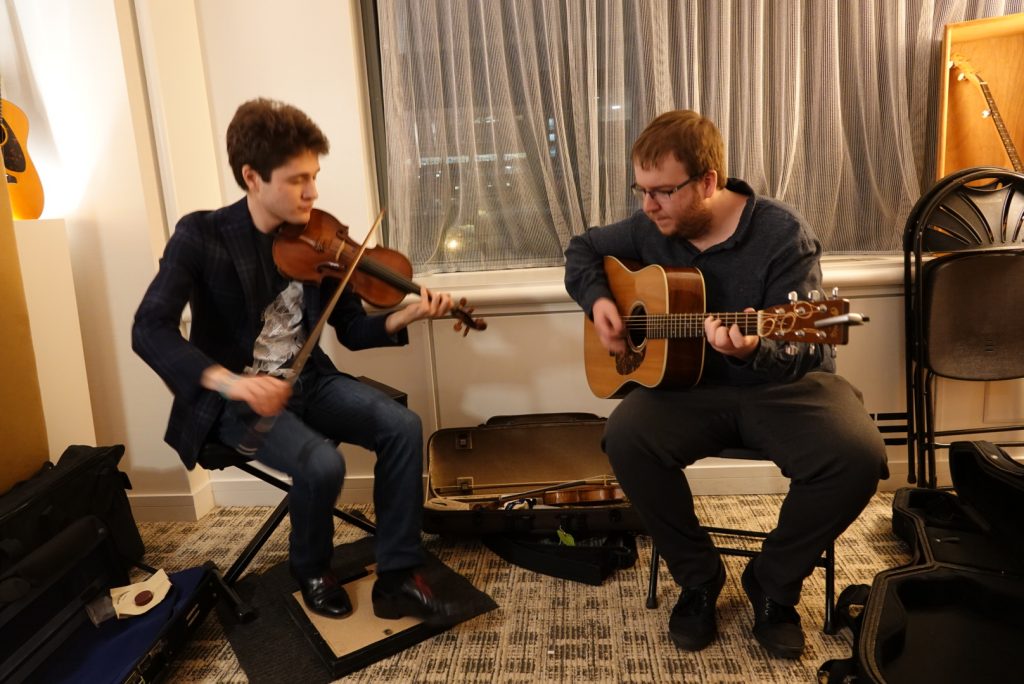