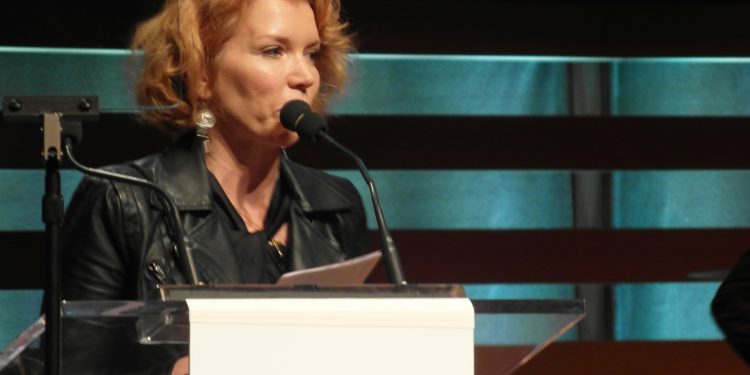 Sue Foley accepts the award for Guitarist of the Year. Photos by Paul Corby and David Hynes.

The blues takes its time. It will tell you things twice to make sure you feel them. Then it will send a soul tremor straight to your heart. Blue hours spent are, for better or worse, true hours, even though, as Muddy stressed in that precious archival CBC doc, it grows strongest, “When you got no bread, and you lovesick.”

MC Raoul Baneja took the stage at Toronto’s Koerner Hall on Feb. 4 for the 22nd annual Maple Blues Awards to predict a night of Canadian blues history in the making. As three hours of testifying and trophy slinging unfolded, it became apparent that the blues is still a boldly evolving art form, especially here in the ice-blue north, where roots have to grow deep to survive. 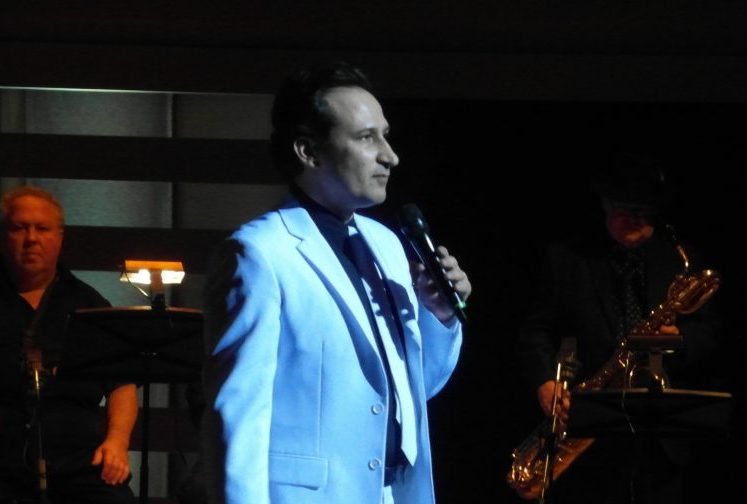 For the first time, the ceremony took place during Black History Month, investing the proceedings with a historical resonance. When the Blues With A Feeling Award, given in recognition of a lifetime of achievement in the blues, was won by perennial nominee, slide icon Ellen McIlwaine, her speech began, “We owe a huge debt of gratitude to all the African people who were brought here to America against their will.”

Cadillac Lounge impressario and award presenter Sam Grosso introduced the night’s house band as “the earth-shaking, viagra-taking Maple Blues Band.” They supported most of the heartfelt performances that followed, igniting the stage throughout the night, and occasionally shaking the ornate concert hall to its joists. Standouts included Newfoundland’s feisty Earle & Coffin, Saltspring Island`s Harry Manx alongside the evening’s harp champ, Monkeyjunk`s Steve Marriner, and guitar trophyist Sue Foley, accompanied by her own band singing the title song from her hit Stony Plain album The Ice Queen. 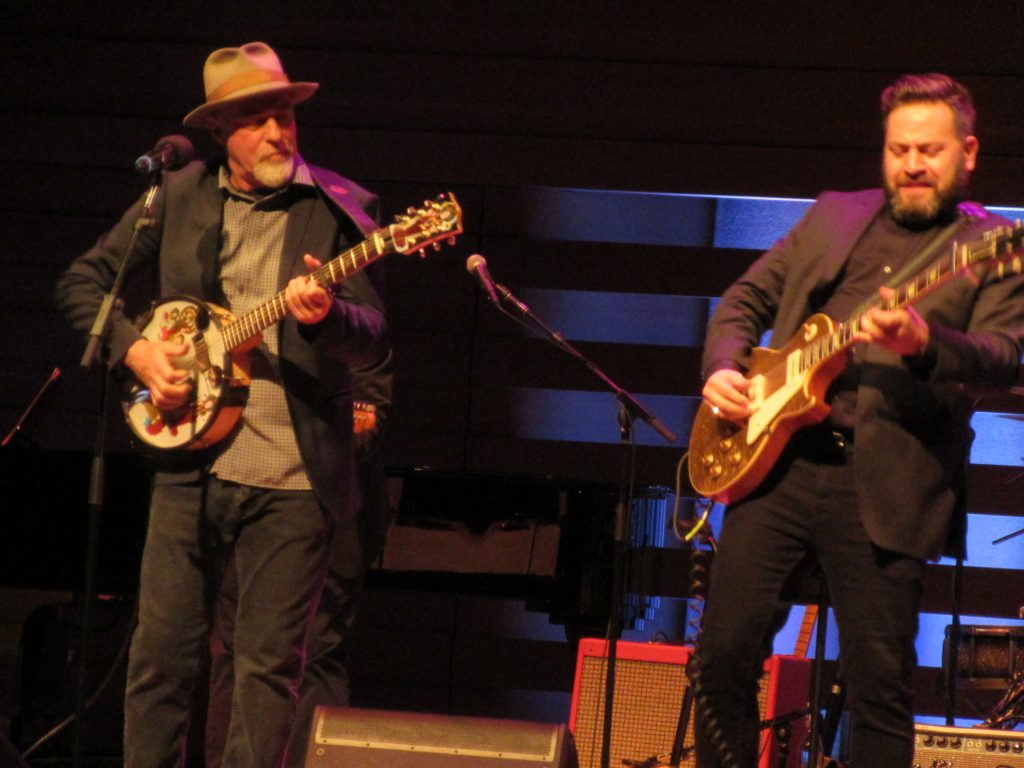 Keeping the blues current, winners Big Dave McLean and Lindsay Beaver skyped into the venue to express their thanks. And as a further initiative, Son Roberts announced the 2020 inception of the Sapphire Award, to be presented to next year’s best blues video. As the night rolled on, it became apparent that history was indeed taking a breakaway course as instrumental awards went almost exclusively to significant blueswomen. After Halifax’s Lindsay Beaver, who set a big precedent last year by signing with Alligator Records out of Chicago, took the Best Drummer honour, prizes followed for Sue Foley on guitar, Laura Greenberg on bass, Shirley Jackson on horn, Cobalt Song winner Ann Vriend and, as New Artist, Peterborough’s Emily Burgess, who had just finished wowing the room by trading fours with Teddy Leonard in an impromptu sub for an ailing Crystal Shawanda. 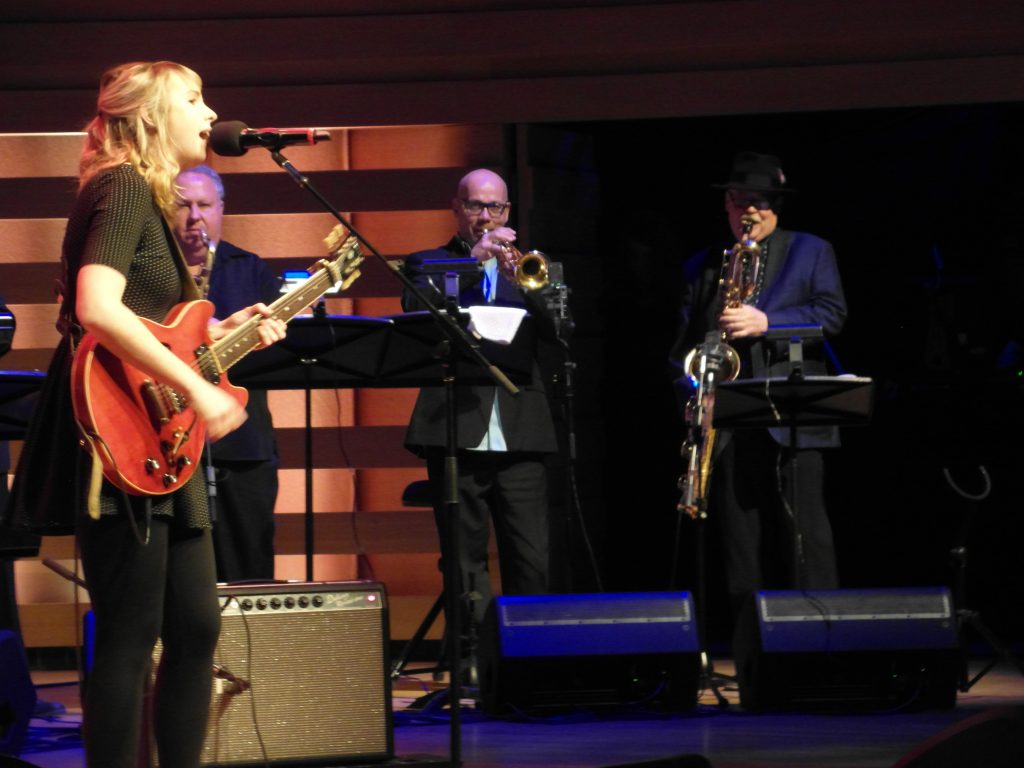 Emily Burgess on stage at the Maple Blues Awards. Photos by David Hynes and Paul Corby.

Central honoree for the evening, however, was Colin James, riding his Miles To Go album into a slew of awards. As the trophies began piling up, the humble Saskatchewan boy confessed to finding it all “a little embarrassing.“ Upon winning the Electric Act Of The Year prize, he said, “ I`d like to thank electricity. It`s very cool.“ Harnessing that electricity to grand effect for the finale performance with Raoul & The Big Time, he cut some fierce solos against Baneja`s harp attack and special guest Alison Young`s courageous sax blowing.

After three hours of persistent blues onslaught, the lobby still filled up with fedoras and furs for an extended afterglow affair with award winners and fans mingling and enjoying a star-filled jam into the blue hours, featuring expert harmonicist Guy Belanger and his scorching band. The one thing you don`t have to worry about with the blues is that although it keeps growing, it never gets old. 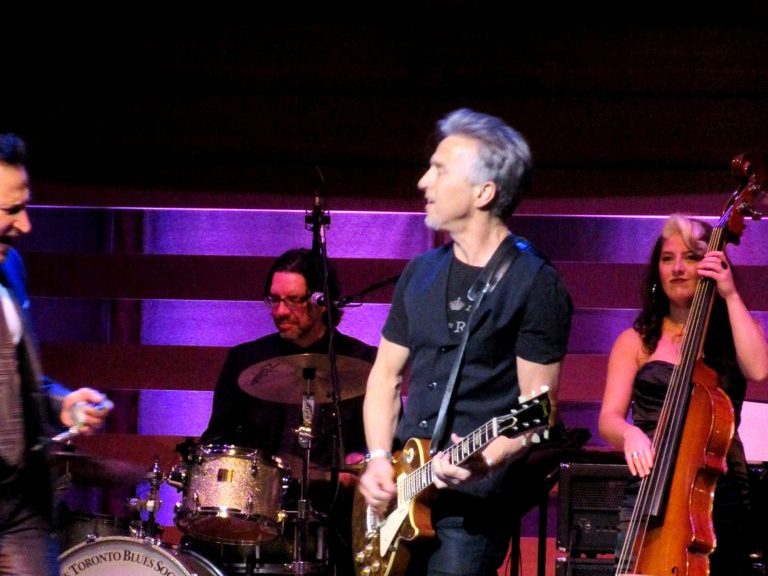 Colin James rocks out during the finale of the Maple Blues Awards. Photos by David Hynes and Paul Corby.

Folk Alliance: the man who went ...