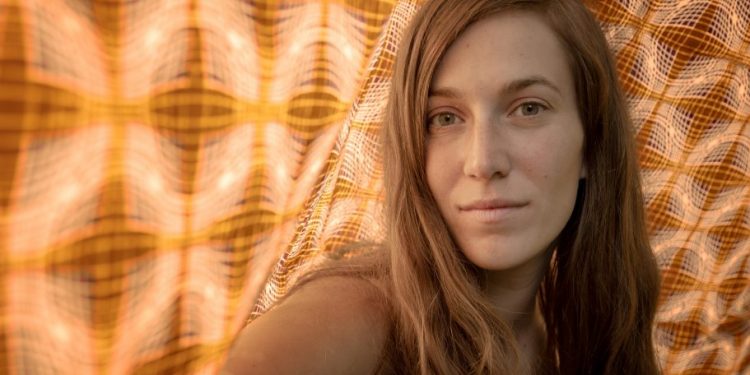 After spending much of 2018 playing shows across Canada, Winnipeg singer-songwriter Madeleine Roger is getting ready to head back on the road for more Canadian dates, starting in Hamilton on Feb. 9. The upcoming tour also includes a show at the Folk Alliance International conference in Montreal, as well as a string of Homeroutes house concerts in the Yukon and the Northwest Territories in March. See below for full tour listings.

Madeleine Roger ended 2018 by taking part in VIA Rail’s Artists On Board program, and it was while she was travelling on the train across Canada that she filmed the footage for her new “This Way For Me” lyric video, which is out now. “This Way For Me” is from Madeleine’s debut album, Cottonwood (released in October 2018), and the lyrics are the perfect match for the stunning Canadian landscape as viewed through a train window.

“When I filmed this footage, the train was five hours late, but it didn’t matter because the scenery was so stunning, and it meant we got extra daylight hours rolling through the Rockies,” said Madeleine. “I wrote “This Way For Me” from this very same train a couple of years ago, because I just fell in love with the view out the window and the slow rocking of travel by rail.”

Although Cottonwood is her debut album, Madeleine Roger is no stranger to the music business. In fact, she’s nearly a veteran at age 27. A lifelong history of singing in choirs, living rooms, musicals, and around bonfires has informed her current comfort on the stage, and the countless hours hanging out in the control room of dad/producer/engineer Lloyd Peterson’s recording studios provided a wealth of knowledge over the years. In 2016, Madeleine formed Roger Roger with her twin brother, Lucas, and released a debut album, Fairweather, locally and overseas, which reached the No. 1 spot on the Canadian national folk/roots/blues charts, garnering acclaim for its exceptional songwriting.

Madeleine also received critical praise for Cottonwood upon its release late last year, including an 8/10 review from Exclaim. And the album’s standout single, “’60 Years More,” a powerful song about what it feels like to be a woman right now and how far we still have to go in the fight for gender equality, garnered plenty of buzz due to the subject matter and striking lyrics.

Cottonwood is available now on Spotify, Apple Music/iTunes, and other digital retailers and streaming services. For more information, and for the most up-to-date tour listings, please visit: madeleineroger.com

Listening to the Music in the Words