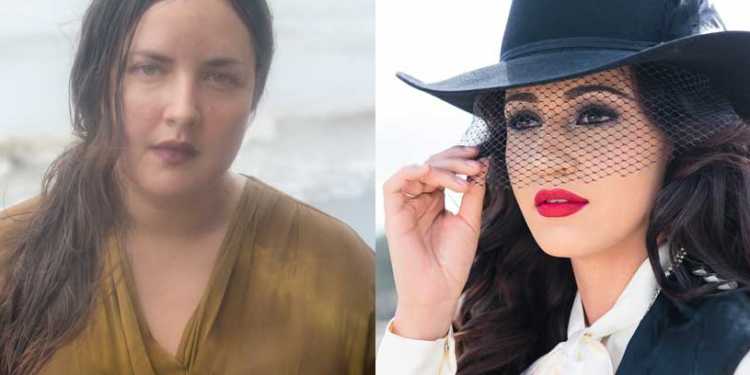 The first quarter of a new year – as it’s known in business terms – tends to be an exciting time for those of us who love underdog genres of music like folk and “world.”

While the big pop stars – and the roots artists who have managed to ascend to their ranks – have traditionally released their new albums in the fall in hopes of capitalizing on holiday spending and holiday hype, those without the star power to compete deftly held back until … now!

Now is the time when the great independent roots artists, the emerging new talents, and the brand new diamonds in the rough looking to be discovered release their new projects.

Consequently, you’ll notice lots of new music from favourite acts on the site in the coming weeks, and here are two right now.

Abigail Lapell – “Down by the Water” video

The winner of the 2016 Colleen Peterson Songwriting Award is back with a new album on Feb. 1.

This new video for “Down by the Water” marks Abigail’s directorial debut.  It was shot in Union Sound Studios in Toronto, and that’s Dana Sipos you see there on backing vocals.

The song itself, as the title suggests, is about getting away from it all to reconnect with yourself.

Lindi Ortega – “In the Clear”

In the world of music, just about everything has been done before by somebody – but you know what? I’m not sure that this one has.

Tomorrow, Lindi Ortega will release a follow-up to last year’s Ennio Morricone/spaghetti western-inspired album Liberty – and it’s a collection of instrumental piano versions of the songs from the album, performed, not by Lindi, but by Robbie Crowell, who’s played with Kesha, Midland, and Deer Tick.  It’s called Liberty: Piano Songbook.

Lindi said she didn’t feel she was quite done with Liberty yet, that she felt it needed a sequel over and above the EP of stripped-down versions she released in the fall, and this felt like the right next step to her.

Have a listen to the instrumental version of “In the Clear” here.  We’ve pasted the original Liberty version below it for comparison.