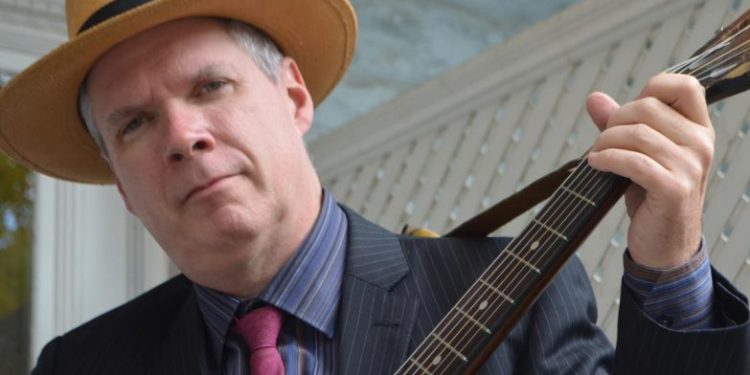 Michael Jerome Browne is a three-time Canadian Folk Music Award winner, a Maple Blues Award winner (with 32 nominations since 1999), a Kerrville New Folk Finalist, and a four-time Juno nominee in both the Roots/Traditional and Blues categories. He is a multi-instrumentalist, a songwriter and a living encyclopedia of American Roots music.

That’s Where It’s At! is Michael’s latest collection, and it focuses on soul music through the lens of a traditional blues player.  In particular, it focuses on the connection between blues and soul.  Recorded largely live off the floor in Sherbrooke, Montréal, and Hamilton, Michael’s fingerstyle guitar and warm, unaffected vocals are front and centre, accompanied only by John McColgan’s funky drumming on five songs. Vocal guests include Harrison Kennedy, Roxanne Potvin and Eric Bibb. Five originals are mixed in with songs from Sam Cooke, Bobby “Blue” Bland, Al Green, and Stevie Wonder, as well as two spirituals from way back – the roots of gospel and soul.

That’s Where It’s At! will be available Feb. 8, 2019 through Borealis Records. To celebrate and share this outstanding new recording, Michael will be on tour throughout Canada in the coming months, starting with industry showcases at both Blues Summit Nine in Toronto and Folk Alliance International in Montreal.

We’ve got an exclusive preview of one of the tracks from Michael’s new album, and we’re excited to share it today.  Check out “Everybody Ought to Treat a Stranger Right,” featuring Eric Bibb.

Some thoughts on house concerts