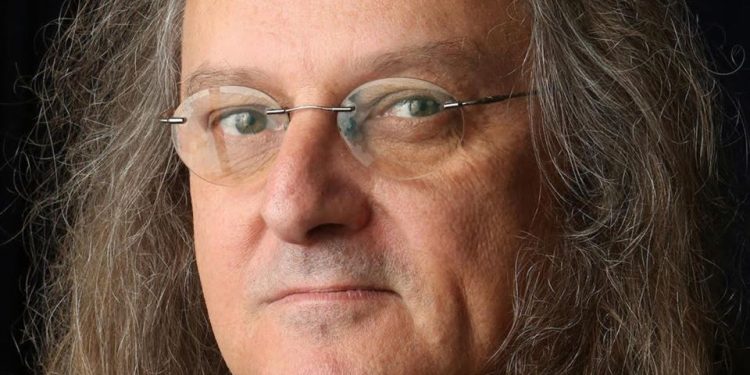 If you listen to world music, chances are a good chunk of what you love has been touched, in some way, by Derek Andrews.

He made a name for himself as the music programmer for Toronto’s Harbourfront Centre from 1985 to 2003, showcasing artists from communities underrepresented in the mainstream, notably global and Indigenous musicians.

He’s served as a manager or consultant to just about every big global music act to come out of Toronto – including, most recently, Juno winners Kobo Town and Quique Escamilla.  He was a cofounder of the Toronto Blues Society, and he’s the artistic director of the world music summit Mundial Montreal.

Most recently, Derek took on the task of booking music for the newly revived Hugh’s Room Live in Toronto.

And that’s only a small sampling of what’s on his CV.

In October, Hugh’s Room Live left many in the industry scratching their heads when it announced that Derek was “moving on” from his post with the listening room.

Less than a month later, Derek capped off 2018 by earning the Award for Distinguished Contribution to Touring from the National Arts Centre in Ottawa.

That seemed like a perfect hook for us here at Roots Music Canada to catch up with Derek and talk about the year that was and what he’s looking forward to in 2019.

Heather:  How does it feel to receive this recognition from the NAC?

Derek:  It was very gratifying to receive the award, to be recognized by peers and have it handed off by the head of [the] NAC, Christopher Deacon. However it was odd to receive the award in front of 250 people, most of whom I did not know. We [had] a nice gathering at Lula Lounge with colleagues organized by Tracy Jenkins that felt more appropriate.

Distinguished Contribution to Touring doesn’t quite roll off the tongue, but people seem to see the award like a Lifetime Achievement.

Heather:  It looks that way from the way they describe it.

Derek:  In my remarks I refer to Estelle Klein’s role in inspiring the Canadian folk festival scene and how that shaped my need to connect dots when working at Harbourfront Centre.

Estelle was an advisor to the WOMAD festival that we produced [in] 1988-92, but her approach to programming and the need to collaborate became embedded in my work early on.

Heather:  I think the question on many people’s minds this year is what happened with Hugh’s Room Live? Many of us were caught off guard by the announcement that you were no longer booking it.

Derek:  The board decided that a committee of programmers was a better strategy to hit booking targets/quotas than having me continue. I was given notice at a time that I was working with the programming committee to recruit “guest curators” or sub programmers, but suddenly I was out. It was not my decision.

Heather:  What did they mean by booking targets/quotas?

Derek:  HRL is projected to be viable if there are a minimum of 22 shows per month and 120 per show. Those were the parameters I was working with, and most months, we hit the target, but building back the momentum was fairly challenging and will be for some years, in my opinion. Bad news travels widely while good news, the return of the club, has been harder to communicate fully.

There were some shows that repeat annually that helped keep the calendar active, but the new management also wanted to expand programming into classical, spoken word, theatre and community-based activity that would improve the space use, amortize the operational costs.

Heather:  What are you willing to say on the record about your feelings about all of this?

Derek: I really enjoyed returning to club booking, which I had done at Egerton’s way back in the 70s, as well as the Horseshoe and Albert’s Hall. I had a lot of familiarity with artists, agents and managers, but booking 250 shows a year is very demanding. I feel relieved to let the stress of that gig slide away. If I’d had administrative support and a more engaged programming committee of the board, it would have been more manageable. I think the board has underestimated the weight of the job, and my hat is off to Holmes Hooke or anyone who handled the gig previously.

Heather:  I know you’ve always got your finger in multiple pies, but Hugh’s was a big one this year. What’s next for you after this?

Derek:  My work for Mundial Montreal is year-round, and last year, that had me travelling a great deal. I expect my year to continue to see that reality as we work toward the Nov. 18-22 ninth edition.

I am speaking with Alan Davis and Umair Jaffar at Small World Music about how the third decade of that organization will shape up, strategic planning work.

I’ve been talking about writing a book, and the 30th anniversary of WOMAD celebrated in August helped me focus some ideas around that.

Having been invited to assist in the programming of the opening night of the WOMEX conference is a small but exciting development.

This all seems to point toward working internationally more than locally.

Derek:  I am extremely happy with how well Mundial Montreal has developed. We’ve managed to focus on touring, kept the size “user friendly” and results oriented. Specializing on my comfort zone of live performance rather than the traditional music industry interests of “record deals” has helped us keep our agenda clear.

People love traveling to Montreal, and we’ve got a committed team on the ground who are dedicated to solid customer satisfaction.

Heather:  Has the increased federal spending on arts helped the event grow or expand?

Derek: Mundial Montreal’s budget has been based on a mix of funding agencies, local and national, with Stingray [Digital] providing some rare corporate sponsorship.

The Quebec government had never dropped their international support program, so now that Creative Export is online, we have a better budget to bring in talent buyers. That area has expanded significantly, and that is good for the artists who expect us to help them find results.

There were over 100 buyers on hand this year.

Heather:  Wow. That’s impressive. Do you have any sense of the number of artists who got foreign bookings out of the deal?

Derek:  We track and report on booking and touring results, and it is early days for the 2018 results to be collated, but historically, our program has seen tours develop within the year. Some bookings will happen this summer; some the following year. International tour development takes longer than domestic touring to execute, but the vast majority of showcasing artists see results.

Heather: What are your goals for this year’s edition of the summit?

Our staff have been on holiday since wrapping up in early December, and we’re about to convene on results and future planning.

We have seen the emergence of Indigenous talent parallel the success of Mundial Montreal, so we plan to remain a strong ally for talent in that regard.

I also hope to see a multiyear strengthening of a north-south alliance. Working with Colombia, Chile and Mexico for example.

Heather:  Tell me about your plans with TBS (The Toronto Blues Society) this year.

Derek:  Blues Summit Nine is a big deal for TBS Feb. 1-4, as that project will also bring talent buyers in front of showcasing artists. Richard Flohil is our keynote speaker, and we’re anticipating 200+ delegates.

In the fall, we are working with Elaine Bomberry in producing a salute to the 25th anniversary of Rez Blues, a project launched by TBS and handed off to her to develop. It became a TV series and was an early acknowledgement of Indigenous talent.

Heather: It sounds like a busy year as always for you. What are you most looking forward to, and what do you think will be your biggest challenge?

Derek: I am looking forward to the Montreal edition of Folk Alliance International. Mundial and TBS both have showcase programs, and my friend, ShoShona Kish, is producing an Indigenous Music Summit on Feb. 14.

I’ll be seeing former Winnipeg Folk Festival artistic director Pierre Guerin at FAI, and he represents a “golden era” of national cooperation between the folk festivals that continues in some forms today.

My dance card is slightly open for new projects and consulting, some of which I sense will be touching on the “market development” front, but I have some time on my hands as I look forward.