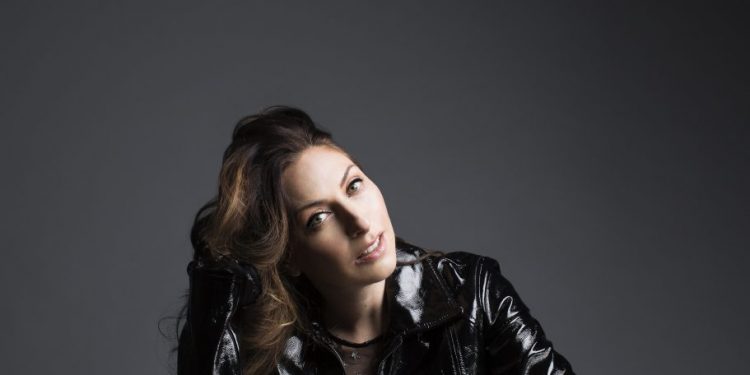 Toronto-born, L.A.-based artist Tara Macri is gaining a lot of attention in the pop world with her latest single, “Meet Me On Mars,” but she’s also revealed another side of her musical range with an acoustic version of the song that we here at Roots Music Canada are excited to share.

“Meet Me On Mars” was co-written by Tara, Andrea England, and Henri Lunetta, produced by David Kim and Isaac Valens, and mixed by multiple Grammy Award winner Chris Lord-Alge. Tara said the song was inspired by the never-ending push to explore and expand our boundaries.

“Even though I’m singing about getting to Mars, the song is a love story with the idea that Mars needs to be a place where everyone can go and be anything you want with anyone you want,” Tara said. “It’s a fresh start with no one there to judge you and where you can be your best self.”

“Meet Me On Mars” is the latest addition to Tara Macri’s impressive resume, fueled by a lifelong passion for the arts that led to roles on Broadway (Hairspray, Jersey Boys, The First Wives Club). She also performed the role of Amber in Hairspray at the Hollywood Bowl opposite Nick Jonas and John Stamos, while at the same time voicing the character Young Tigress in the Kung Fu Panda prequel Secrets of the Scroll, also featuring Jack Black, Dustin Hoffman, Seth Rogan and Lucy Liu.

Tara’s music career kicked into high gear with the single “Prettiest Girl in the Room,” which cracked the Billboard Hot 100 and received extensive play on terrestrial radio and SiriusXM. Tara followed that success with her infectious summer single “This Crush,” and the ballads “Home” and “Cardboard Castle.”

Having been born into a musical family, Tara was introduced to the piano at age two and instantly fell in love. From there, she dedicated her life to pursuing a career in performance. Tara’s tenacity, drive, and incomparable voice have taken her from Toronto to New York to Chicago, and ultimately Los Angeles. As a classic triple threat—singer/dancer/actress—Tara is ready to put all of those skills on display for her home country.

“Meet Me On Mars” is released through L.A. indie label 10 Count Records and available on Apple Music. For more info go to taramacri.com.

The Hornby Island Blues Society is this ...