Dave McEathron: Counting for something that can’t be counted 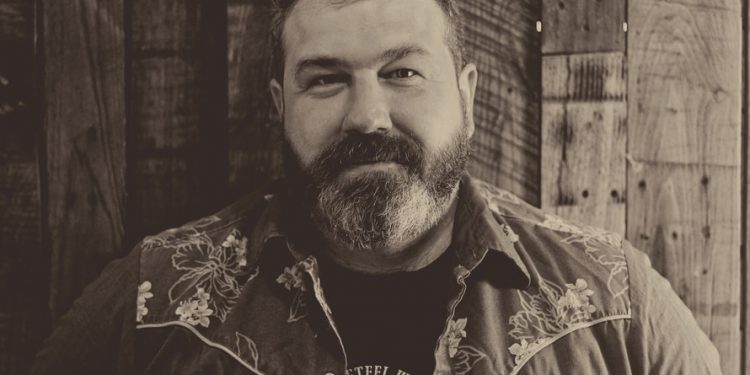 Almost ten years ago, David McEathron was an alt-roots champ, fronting the acclaimed Toronto-based combo The Warped 45s. With their live and media presence on the rise, a sudden ending sent him into a lengthy personal re-assessment that gave him time to build up a new original repertoire. A man of intense but quiet stamina, he looks you in the eye and wears his broadly detailed memories and well-stocked knowledge of songcraft proudly on his conversational sleeve. He is so companionable.

His new record is entitled Abandoned Companions and the Abandoned Companions Companion Piece, comprising one disk of new songs and an EP of alternate rockalong takes and other related tunes. They are woven throughout with adept twists of wordplay, enlivened by an assured delivery and spun into a glistening web of acoustic stringwork and harmony that holds the ear from beginning to end. Currently based in Hamilton, he is spending his time strategically rebuilding a following in small to medium sized venues within a reasonable proximity of his home, while he prepares for a 2019 Toronto release and an upcoming marriage.

Corby: Well here you are back from the wilderness with an album and a half of new material. Welcome home! Speaking of material now, each one of these sets is wrapped in a unique material, with disc pockets stitched into the two covers. Whaaaat?

David: I used to love packaging. I know I’ve heard a lot of musicians who aren’t 20 say that. I would just delve into the old Hendrix albums, going backwards, have the artwork set the scene, just being mesmerized, reading the lyrics. But this format of presentation is one of the most ridiculous things I’ve ever taken on.  I picked fabrics, cut everything myself; my amazing partner typed out the lyrics and the chords, so if you’re a campfire singer, or if you’re a bar band, which I don’t necessarily wanna be anymore (laughs), you can cover them. Go nuts.

Corby: Are people going to see it on the shelves in this format?

David: Well there aren’t really any shelves left. We have a store at the davemceathron.com website, and I will definitely have them at shows along with the custom belt buckles I’ve been making. In this day and age a lot of times you need the CD to sell itself. I wanted to make something tangible that people wouldn’t just take the CD out, load it into the hard drive then put it in the box under the bed – something they’ll be proud to leave on the table.

Corby: Well ordinarily you can’t judge the CD by its cover, but the music inside is as splendid as the package. The songs themselves are meditative and confessional. Are you getting everything off your chest now as a form of closure after all the previous struggles in your musical career? Every song is seriously focussed on its lesson.

David: Yeah, there’s a lot of real stories in there. Unfortunately the Warped 45s walked away nine weeks into our second album release. We were everybody`s darlings for a moment there. We’d been getting into the festival scene, even some commercial radio love, and three of the members decided, well, with kids coming and the money being hard, they just walked. After that, I worked in a bus factory sanding transit buses. I was the only person in there who was born in Canada. A lot of the other people there had gone through hell to get this job that I thought of as a punishment. But it’s been good for me; I was a little too wild there for a little too long. These people were so warm and became so important to me, to a point where that led to this song “His Mother Called Him Angel.”

Corby: So the songs are all written by you …

David: Either by myself or with other people, but I had a hand in every one of them. I wanted to do some covers, but I just felt like it had been so long between recordings, and this became a very personal thing that I needed to get out there. The closing song, for instance, is from a poet, David Seymour, who did a 12-poem biography of Leadbelly, and I set it to music.

Corby: So how are you deploying yourself to sell this fine product?

David:  Hitting the Ottawa Valley a lot, going to radio stations and picking the right venues. We`re going to pick it up a step next year: CD launch in Hamilton at This Ain`t Hollywood on Friday, Jan. 4, the Moonshine Cafe in Oakville. We`ve got a Toronto show coming up Saturday, Mar. 9 at the Burdock. And you can listen to it online wherever you’d like.

Corby:  Are you feeling the difference in the market now for new Canadian music from what you experienced on your first go-round?

David:  Everybody’s feeling it. Jay Aymar and Jory Nash. Did you read that thing that Danny Michel wrote? How it takes four thousand and something streams to make twenty bucks? It feels like I got back into music just in time. I’m so glad I got here for the total end of music as we know it. We’ll all go out together. Me and Corin Raymond driving over the cliff like Thelma and Louise, with our best song just blasting on the radio.