12 days of Christmas: An homage to Rose Cousins’ “A New Kind of Light” 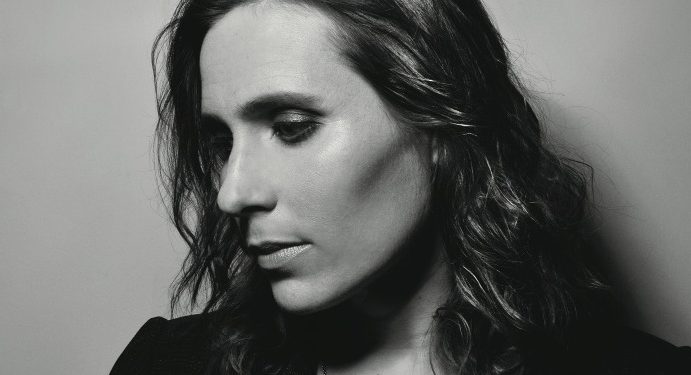 “Happy, happy Christmas, that can win us back to the delusions of our childish days; that can recall to the old man the pleasures of his youth; that can transport the sailor and the traveller, thousands of miles away, back to his own fire-side and his quiet home!” ~ Charles Dickens from the cover of A New Kind Of Light

Do you know any Christmas songs from Canadians? The amount of snow that we experience in our collective lifetimes would suggest that we possess ample sensory inspiration for setting the season to music. Certainly the many artists who sing Lightfoot’s “Song for a Winter’s Night” and Joni’s “River” will go on perpetually regretting their loneliness over that vanishing drink as the snow has its blustery way outside. But they’re not really singing about Christmas, the sentimental tears that they shed notwithstanding.

Of course there is “The Huron Carol.” I remember my dad becoming very still whenever that song came on the radio. A recent straw poll by Gordy the Moose turned up another dozen or so significant tunes, including Stan Rogers’ “First Christmas,” Bruce Guthro’s, “Boy From the Woods,” Lennie Gallant’s “The Innkeeper,” Evans and Doherty’s “Christmas Memories,” Maria Dunn’s “God Bless Us Everyone,” and Hank Snow’s “The Reindeer Boogie.” (Lots of Maritimers in there by the by.) Thanks to Jim Marino, Alison Brown and others for them. And no one sings “Hallelujah” like the Rankin sisters on Heather’s A Christmas Star.

But Rose Cousins’ song “New Kind Of Light” from the 2007 charity album A New Kind Of Light is the one that makes me hush down in my throat like that juicy dark moment before a tree lighting.

CBC Radio recorded the songs, originals and covers, and was giving all the album’s earnings to Feed Nova Scotia. In the liner notes to the disc, the record’s three contributing artists, Jill Barber, Meaghan Smith and Rose Cousins, wrote: “Our idea was to donate all proceeds of the record to the food bank in the hopes of continuing to make a meaningful contribution to the health of our community.” Rose Cousins presented a fully lit heart in her composition and execution of this powerful song, guided by the extra spirit of social generosity illuminating the whole project.

First off, the tune is written in the third person and in the present tense. She begins by describing a town settling into a Christmas Eve – any and every Christmas Eve. She develops the sacred quality of the night and transitions to angels and shepherds and that everybody knows of “a baby boy born into a night like this.”  In the falling cadences of the verse, the melody that suddenly rises bears the message “That this is a new kind of light.” The music is bouyant and celebratory, as played by expert Halifax musicians, especially the hollow body electric guitarist Scott MacMillan, who swings with a tone of saintly authority. Arpeggios roll in wreaths of crystalline piano, and drifting silver strings hold the concentration of the sentiment. There is a feeling of Christmas in the playing that rises above any nuance of standard notation.

What I like best is her thought that what happened in that darkness once long ago is still a repeatable event. By the qualities of observance that we attend to and commit to memory we realize it really was “A night like this.” The symbolism of ritual returns the past to us. “Ageless as the years go by,” she sings. History disarmed of its distance. “I am with you always, until the end of the age” (Matthew 28:20). Still aglow.

That other thing you should do at ...