The Barr Brothers – Nov. 30 at the Marquee Ballroom, Halifax 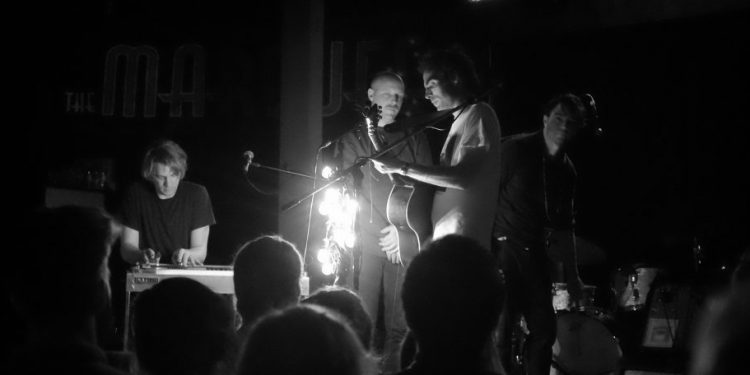 The Barr Brothers are a Montreal-based band with a funky, indie-folk feel. And last Friday, they performed at the Marquee Ballroom in Halifax, NS.

Michael Feuerstack opened for them, playing a mix of newer music and old favourites from his extensive canon. He later joined the Barr Brothers, backing them on vocals and guitar.

The Brothers played hits from their albums Sleeping Operator and Queens of the Breakers, which was released in 2017.

Referencing Cat Stevens in their song “Even the Darkness has Arms,” it’s clear they draw inspiration from the singer’s album Tea for the Tillerman. They don’t shy away from experimentation either; while performing, the lead singer tied a piece of string to his guitar, creating whale-like sounds. They also included vibraphone in the set, which kept the show both lively and peaceful.

Mid-way through the show, the Barr Brothers performed an ode to Montreal. “Song that I Heard” expresses their love for the city and all of its kooky characters. Before playing, Brad Barr told the story of the Great Antonio, a famous wrestler who was well known by Montrealers before he passed away in 2003.

Nearing the end of the night, the Barr Brothers played “How the Heroine Dies.” With the lights dimmed, Brad began the song, a new performer joining with each following verse. Wrapped together, the performers emulated the fairy lights that encircled the mic leaving the crowd entranced.

Given the response to their encore, there is no doubt that the Halifax scene wants to see more of the Barr Brothers.