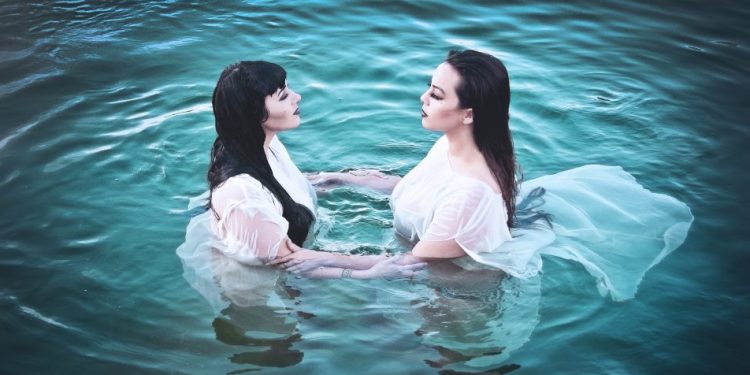 In keeping with a style perpetually galvanized by darkness and haunting northern beauty, Tiffany Ayalik of JUNO-winning duo Quantum Tangle has launched a new project dubbed PIQSIQ (pronounced “pilk-silk”) in collaboration with her sister Kayley Mackay and producer/beat creator Ruby Singh. Together they offer an experience that leaves the listener enthralled with the infinite possible answers to the question “what is the meaning of life?”

Altering The Timeline, the debut PIQSIQ release – available now via Bandcamp and officially released in January through Coax Records – is a haunting five-song collection of otherworldly melodies built on ancient Inuit throat songs. True to throat singing’s traditional form, each track is an improvised plethora inspired by the soundscapes around us and infused with the guttural emotions that deliver the human experience in all its pain and glory.

The spark for PIQSIQ was ignited during a spontaneous jam session next to the Bow River at the 2018 Calgary Folk Music Festival. As the sisters throat sang, Ruby beat-boxed, and ideas soon began to flow. Two short months later, the trio converged at Vancouver’s Afterlife Studio, and they began putting together the sounds that would become Altering the Timeline.

Opening with the ethereal composition “Akuglugu,” roughly translated from Inuktitut as “then you stir,” the combination of rhythmic throat singing, soaring vocals and entrancing beats sets a compelling tone. Following tracks “Kuugarjuk” (in English, “Creek”) and “Ahiani” (“Elsewhere”) bring the sounds of nature to life with a jolt of modernization that inspires bodies to move. “Tuktu Strut” continues in a similar vein as a fast-paced track that defies time and shows off the sisters’ masterful throat singing skills. Altering The Timeline concludes with “Nuna to Qilak” (“Land to Sky”), an epic track that carries the listener to parts unknown and alters perceptions of possibility and genre.

We’re proud to give you an exclusive first listen to “Akuglugu (Then You Stir),” and you can find out more at piqsiq.com.