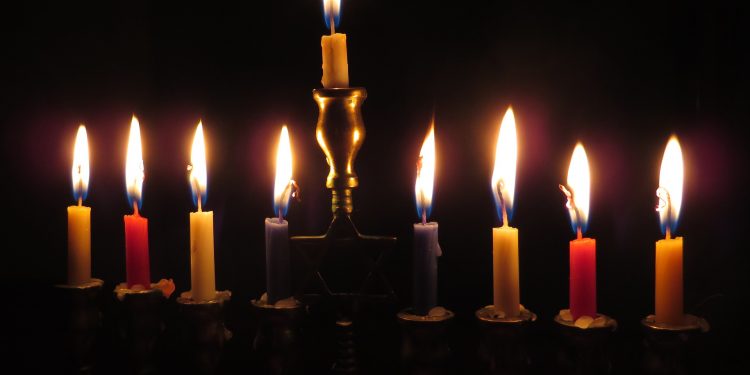 Former Saturday Night Live comedian Adam Sandler clearly struck a chord back in 1994 when the goofball song he wrote for Jewish kids who feel left out during the Christmas season blew up to the point of – well, can you name any other Chanukah songs?  Really?

The song is largely a long list of Jewish celebrities and nonsense rhymes like “Tell your friend, Veronica, it’s time to celebrate Chanukah,” and Sandler has updated it at least three times as the list of Jewish Hollywood A-listers has evolved.  To top things off, Neil Diamond recorded a cover of the song in 2009.

But here at Roots Music Canada, we decided to dig a little deeper into the Chanukah song catalogue to find out what Canadian folks, roots and world artists have contributed to the canon.  In honour of Chanukah, which started Saturday night and ends next Monday, we asked some people who know much more about Jewish music than the moose and I to make some recommendations.  Here’s what they suggested.

Jewish music performer and educator Frank Rackow introduced us to this song, a cover of Cantor Moishe Oysher’s song “Drey Dreydl” recorded by the original lead singer of the Flying Bulgar Klezmer Band and the Dutch klezmer band Ot Azoy. It appears on an album of Chanukah songs, which was released about twenty years ago.

“Musician Josh Dolgin (a.k.a. SoCalled) puts a different spin on Moishe Oysher’s tune on his latest recording,” Frank said. “Featuring the Kaiser String Quartet, he slows down the normally frenetic tempo and brings out the lyrics with a unique treatment of the classic song.”

We didn’t come across a stream or video of the album version on-line, but we did unearth this live video of SoCalled performing the song.

“Maoz Tsur is the most traditional of all Chanukah songs,” award-winning Toronto-based Yiddish singer Lenka told me by email. “This live recording, with the amazing oud player Yair Dalal and Czech guitarist David Doruzka, with a setting of the traditional text by a Rennaissance composer, Marcello, is not the melody that everyone knows, and with a very different arrangement of that melody to boot.”

Said Frank: “Vancouver’s acerbic, prematurely world-weary troubadour tackles the elevation of a minor Jewish festival into a rival for the Christmas juggernaut – because Jewish kids need presents in December too.”

Moshe Denberg turned us on to Fran Avni, a singer-songwriter based in Montreal, who has recorded more than ten albums for children, including an entire Chanukah collection, and another album called Latkes and Hamentashen, which is a compilation of songs for Chanukah and Purim.  This song comes from the latter recording.  It celebrates the food that, in turn, commemorates the Chanukah miracle:  having regained control of Judea, which was part of the Seleucid Empire, the Jews sought to rededicate the temple.  They only had enough oil to light the menorah for one day, but it burned for eight. Now you know why Chanukah is eight days long.

Sharon, Lois and Bram made a point of recording Chanukah songs along with other season material, Frank pointed out – “including this peppy Chanukah confection by Mark Saltzman and Glen Roven.”

Deborah Holland isn’t JUST a writer here at Roots Music Canada.  She’s also a singer-songwriter in her own right, and “Hannukah Oh Hannukah” is a grown-up lament over feeling marginalized during the holiday season.  Neither silly like Sandler nor cynical like Berner, Deborah is wistful and plainspoken in her critique of society, and her lovely voice and paired down arrangements provide a moment of reflection for the holidays.