The Once – Nov. 21 at Mills Hardware, Hamilton (plus bonus album review!) 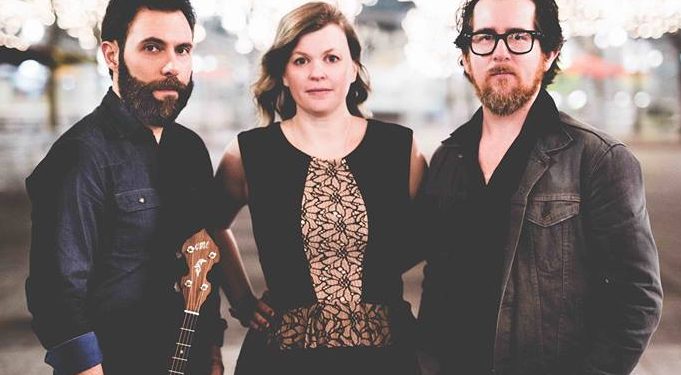 You’d think a Wednesday night would be a hard sell for a folk music concert in Hamilton, Ont., but no.  The Once was headlining the show.

This trio from The Rock deservedly has a really strong following. For over ten years, these guys have been making musical magic together.

Geraldine Hollett, her voice like an angel, solidly anchors most of the songs and makes them soar. Andrew Dale and Phil Churchill conjure yet more enchantment with fretted strings, keyboard and additional vocals. Together, they create harmonies that melt even the hardest of hearts.

Put those skills together with the downright friendly hospitality, quirky personal charm and wicked sense of humour that Newfoundlanders are renowned for, and you have an absolutely stunning show.

Mills Hardware was the venue.  This former historic hardware store turned cool event venue in downtown Hamilton was packed to the rafters. Many of the fans were transplanted Newfoundlanders aching for a piece of home, and nearly everyone in the place could easily sing along with many of the gorgeous songs that were on the playlist that night.

The newest album from The Once is called Time Enough. With this collection of original compositions, the band has departed from their mainly traditional repertoire. These are beautiful melodies. The first song on the album is a catchy, yet softly rocking number, “I Can’t Live Without You,” that hooks us in to this new incarnation of Newfoundlandia that retains the signature three-part harmony sound that The Once is known for. It’s a beautiful, well-crafted recording.

In Newfoundland, a performer might get asked, “Are you going to play songs, or are some of them made up songs?”  That’s the difference between traditional music that everyone knows and can sing along with and new original compositions that no-one yet knows the words to. It seems that for Newfoundlanders, the success of a concert is hugely related to how many songs the audience can sing.  And of course, in the Mills Hardware show, the beautiful new original songs from The Once were judiciously interspersed with songs that everyone knows. The audience was delighted.

There was the stunningly rhythmic “We are all Running” with a great harmonic chorus that absolutely nobody didn’t join in on. And the band members had everyone singing along again on their creative cover of “Can’t Help Falling in Love.” The evening ended with band and audience all singing together on “Sonny’s Dream,” Ron Hynes’ superb composition that encapsulates the dilemma of the Newfoundlander caught between his/her love of home on The Rock and his/her need to move somewhere else to make a living.

And of course, as in every concert by The Once, Geraldine Hollett, singing from the depths of her soul, captured the audience and had us all in the palm of her hand. By the end of the show, it was as if she had ripped her heart right out of her chest and left it bleeding on the floor of the stage. That’s the impact she has on audiences.

There are lots of dates left on the current tour by The Once.  Don’t miss them!

The new CD, Time Enough, along with all five previous albums from The Once, is available on iTunes.