Colter Wall – Songs of the Plains 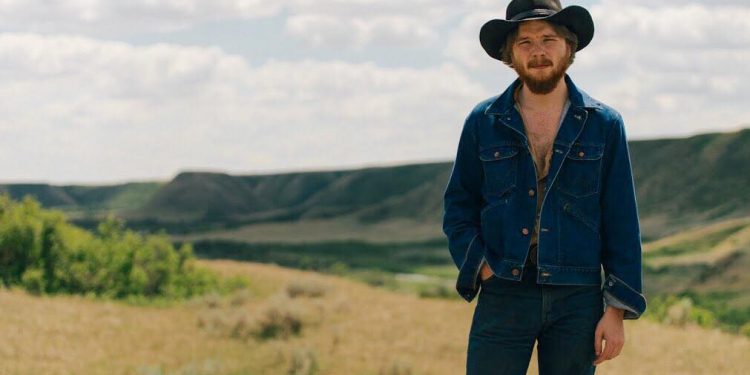 Losing a few hours from your weekend travelling through a YouTube rabbit hole seldom sees you emerge on the other side with anything other than a rejuvenated love for cat videos or an increased concern for the health and safety of the next generation of children.

But, on one such trip, I stumbled upon a video for a song by a young man named Colter Wall. The song was “Sleeping on the Blacktop,” and I have been a fan ever since.

Born in Swift Current, Sask., Colter is the middle of three children born to Tami and Brad Wall, who most of us will recognize as the 14th premier of Saskatchewan.

Oct. 12, 2018 saw Colter drop his third album. If you happen to be an old school country music fan like myself, a kind of retro country fan who yearns for the old days when outlaw country ruled the radio, then Songs of the Plains is going to be right in your wheelhouse. One can’t help but hear the echoes of Johnny Cash in his voice or any number of ghosts from the past western greats in his writing and his music. Even the cover of Songs of the Plains seems to be a retro throwback to some of the great country and western album covers from the sixties and seventies that I used to stare at while listening to my dad’s record player as a child.

Colter sings with a passion and a baritone growl that draws you in to his raw country western style on this album. It sounds like a lyrical homecoming for this young Canadian artist who spends much of his time touring and living south of the border these days. This album is very Canadian-centric with song titles such as “Saskatchewan in 1881,” “Calgary Round-Up” and “Manitoba Man.” With lyrics referring to Swift Current and Mr. Toronto Man, the Canadian references in Songs of the Plains are many but do not come across as kitschy.

The album starts with a song titled “Plain to See Plainsman,” which reminds this Canadian music fan of past Canadian anthems such as George Fox’s “Clearly Canadian” or Paul Brandt’s “Alberta Bound.” Colter Wall’s “Plain to See Plainsman” is a statement about how the plains of Saskatchewan call him home again in a way that most of us can understand when reminiscing about a place we once called home.  His cover of the Canadian music and yodeling legend Wilf Carter’s song “Calgary Roundup” fits perfectly into the middle of the album. Being from Calgary myself and a long-time fan of old Wilf at that, hearing Colter Wall cover him put a big smile on my heart.

Rounding out the album is a classic western, campfire song titled “Tying Knots in the Devil’s Tail.” It’s a fun little track on which Colter Wall is joined by two other singers, whose identities I haven’t been able confirm. However, I believe one of the singers may be Alberta’s own singing son, Corb Lund. If it isn’t Corb it’s a damn fine reasonable facsimile.

I don’t think there is anybody else in the industry today who sounds like Colter. His voice, reminiscent of many country greats from the past, is refreshing in today’s music climate. There is a beautiful, dirty tone to Colter’s voice that reminds us all of the bumpy, dusty, gravelly mountain roads and vast prairie plains where true western country music was born. Songs of the Plains has been on constant repeat in my playlist lately, and I think I will be forever a fan.

Give a gift and support Roots Music ...