Braden Lam is readying the release of a new single 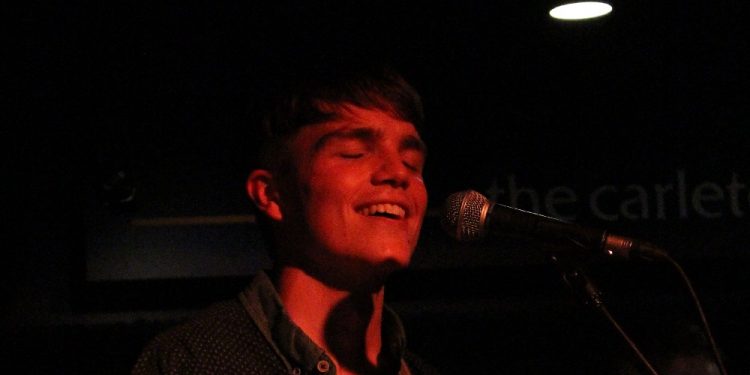 The barista you share a smile with every morning, the heart-to-hearts you share with your friends at 3 a.m., the genuine, shared, belly laugh––connection; it’s what we’re all searching for, and that’s what Driftwood People is all about.

Driftwood People, released Sep. 2018, seeks to encompass the truth of connection. Braden Lam shares his stories through song-writing.  After his solo debut album, To the Coast (2016), he formed a band and wrote Driftwood People, inspired by the lessons he’s learned from travel and the personal growth that came with that. The band recently toured through Nova Scotia, Prince Edward Island, New Brunswick and back to NS, finishing up in Halifax.

“The Halifax show was what we were building up to, so that was the best moment –– having our friends there to celebrate,” Braden said.

The majority of his fan-base is in Halifax, he added, and it showed at their final show. The Carleton was packed with people singing along, dancing and laughing.

Braden moved to Halifax from Ontario in 2016 and has been studying at Dalhousie University. Driftwood People isn’t just an album of catchy tunes; it really tells a story––the first song, “Halifax Girl,” is light, bouncy and has an alternative folk vibe that sets the theme for the rest of the album. Whereas “On my way home” presents a type of uncertainty and nostalgia that some people feel while travelling.

New single, “Maya,” will be released Friday, Nov. 23. Braden drew the inspiration from his life as a student; “Maya” is about going against college culture.

“As a slightly introverted person, I am sometimes a wallflower at a party who just wants to make a friend,” he said.

In addition to releasing “Maya” the band has a fundraiser on Nov. 30 at The Grawood pub on the Dalhousie campus. The show is to raise money for the Movember Foundation of Canada in support of prostate and testicular cancer. Be sure to check out Braden Lam & The Driftwood People and support a great cause!