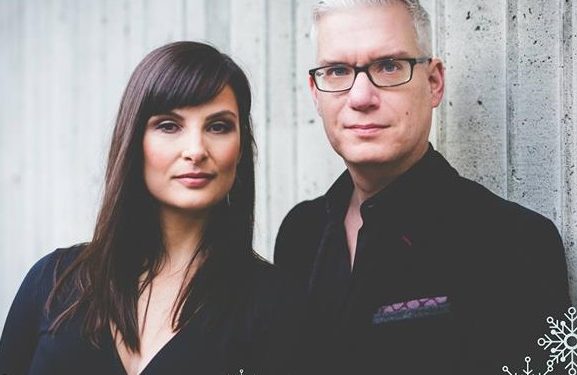 Newfoundlanders Ian Foster and Nancy Hynes have been making music together for years, primarily with Nancy lending backup vocals to Ian’s folk originals. This year, for the first time, the pair has decided to release an album as an official duo. Their debut album, A Week in December, is a mix of standard Christmas songs and some more obscure holiday tracks that are based on Nancy’s repertoire of Christmas songs, such as “The Friendly Beast.”

Ian is confident that the pair has created a Christmas album with something for everyone on it, “ranging from church hymns to Kenny and Dolly,” he said. “For each song on the album, we both needed to love the song, and it needed to express our personalities.”

Making this album also gave Ian an opportunity to pen some new Christmas carols. ”Old Christmas Day,” a Motown-inspired number, and the more introspective title track, “A Week in December,” were two Ian Foster originals created for this project.

Inspiration for the title track came from Ian’s conversation with a friend who had relocated to Calgary and was debating the pros and cons of returning to the island for the holidays. There is obviously a universality to the theme of coming home for Christmas, but there is also a particular sense of pride that Newfoundlanders take in the trials and tribulations they overcome just to be home for the holidays. The journey to Canada’s most eastern island can be marked by ferry delays, snowstorms, multiple delayed or cancelled connections, and winter weather the likes of which are unparalleled. There’s a reason that “Newfoundlandwinterweather” is used to teach septuplets at Memorial University’s School of Music!

This month, Nancy and Ian are on the road in Newfoundland and Nova Scotia promoting their album, which is currently available for pre-order on their website. A special highlight for them on this tour is their Nov. 29 performance at Norton’s Cove Café. This studio and cafe is owned by visual artist Janet Davis, whose work graces the cover of Ian and Nancy’s, A Week in December.

The duo is looking forward to each performance, as each venue has its unique charms. This is also their first tour of Christmas songs, and the pair is excited to perform in their new configuration. As Ian said, “If you’ve seen us before, this show will be a little different. If you haven’t seen us before, then obviously it will be new and exciting!”

Like their album, there’s something for everyone in their live shows.

Braden Lam is readying the release of ...