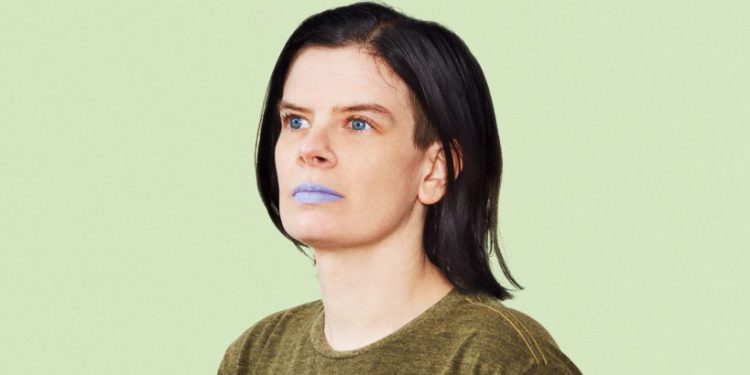 One of the highlights of this year’s Folk Music Ontario conference at the end of September was the series of showcases put on by Coax Records, the relatively new imprint belonging to Rae Spoon.

Rae, as their legion of fans already knows, is a boundary-pushing artist who emerged from humble beginnings as a west coast indie alt-country act to establish the deeply evocative sound they are known for today – one marked by atmospheric blends of folk, pop, and electronica, and Rae’s pure, pristine, powerful and yet unadorned voice front and centre.

Rae has also, necessarily, been something of a trailblazer for trans and non-binary identified artists, an experience touched on in the National Film Board documentary about their life, My Prairie Home, for which they also composed the music.

There are envelope-pushing veterans such as Geoff Berner, Jim Bryson, and of course, Rae themself; there are captivating emerging artists such as Colleen Peterson Songwriting Award winner Abigail Lapell and Juno-winning Indigenous trio Quantum Tangle; and there are exciting up-and-comers such as violin innovator respectfulchild.

Time being at a premium during Folk Music Ontario’s event, Rae and I never managed to actually sit down there to talk about the label – and that was mostly my fault – but we did exchange questions and answers over social media afterwards.

Heather:  What made you decide to start a record label?

Rae:  My record label in Calgary, Saved by Radio, went on a hiatus in 2015, and I took the opportunity to talk to their distributor, Outside Music, about continuing my store and digital distribution for my upcoming 2016 album, Armour. As soon as I established distribution I started to run into friends who also needed it. That was when I decided to start the label, so I could extend it to other people. The first record we released was Edmonton’s Concealer in fall 2015 followed by Geoff Berner in winter 2015.

Heather:  What does it mean to run a record label in the era of Spotify?  What are the core services you’re focusing on providing to artists, and what are you willing to say about the business model?

Rae:  Things are a lot different than they were when I released my first recording in 2001. Revenue streams are a lot different now with the loss of most physical sales. That being said, independent record stores and radio stations are still cultural centers where people can go to hear about the latest releases. I see the label as a cultural center in a lot of ways. It’s a home for artists who do a lot of work for themselves. I tend to work with people who are involved with their own communities a lot. The core services we offer are mail order world-wide, store and digital distribution … and as much advice and help as I can provide with my experience about the roll-out of a release. The label part of the business I run as a non-profit, meaning artists own their own masters and publishing. They make their financial investments in publicity and manufacturing, and in turn, I give them all of the money that we make. It’s my way of working towards something good instead of thinking about all that is wrong with the industry.

Rae:  As in coaxing people to listen to awesome independent music. I wanted a short word that had some action implied by it.

Heather:  I heard you say in the showcase suite [at the Folk Music Ontario conference] that it was a label of “fruits and nuts” or some such term of endearment.  Was part of the vision to create a place where artists who are marginalized either because of who they are or what they do artistically feel like there’s an institution that has their back?   Do you collectively feel you need that?

Rae:  I have been called a fruit and a nut at many points of my life. It’s my crass way of explaining how super talented artists from different genres can make sense together. There are queer people, and there are odd people. In this label, we’re all one or both coming together. There’s a counter culture in every band on the label. We may not all be from the same counter cultures, but the belief in making spaces for both marginalized people and idiosyncratic approaches is big for all of us. I do want all of the artists I work with to know that they are believed in by the label. It helps people give that extra push to their creative processes and release efforts to know that we have their backs.

Heather: Many people would regard your roster as some of the most interesting, boundary-pushing artists in the roots scene.  What attracted you to these artists, and how did you entice them to come on board?

Rae: I’ve always been fascinated with acts that do something boundary-pushing and yet managed to win over crowds largely in a live setting. On paper they may not look like a box that’s already been created in the industry, because they are creating their own roles. I usually approach an artist and let them know that I would like to support them. Then, if they’re interested, we chat and figure out how we can make the release happen.

Heather:  Who’s doing all the work of running the label?  Do you have staff?  Is it you?

Rae:  So far I have been running the label by myself. I get a lot of help from my spouse, but she’s in law school now, so I try not to pile a lot on her.

Rae:  I would like to keep releasing recordings. I always want to keep looking outside of my own circles. It’s great to ask other artists for people to listen to. I’m also starting to look at conferences like FMO. I would like to move into live production more often. The showcase at FMO inspired me to look at how I can start bringing the artists together in live settings and maybe even for tours.

Correction:  a previous version of this story listed Melody McKiver as being on Coax’s roster.  In fact, they are not presently a Coax artist.