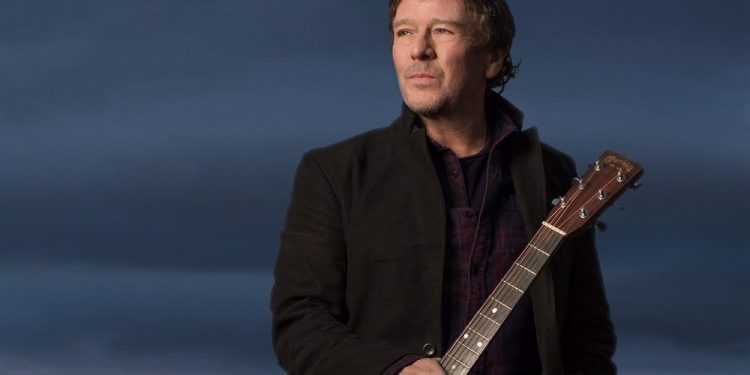 Songwriting legend Lennie Gallant is touring western Canada showcasing his brand new album, Time Travel. Fresh on the heels of a 2017 ECMA Album of the Year award for his last recording, Searching For Abegweit, Lennie buried himself in the studio with producer Daniel Ledwell (Jenn Grant, David Miles) to record his new project.

The album features guest appearances by Rose Cousins, Jenn Grant, The Fretless, and The Atlantic String Machine , among others . Hope to see you time travel with Lennie and his band this fall!

He performs at Festival Place in Sherwood Park, Alta., on Nov. 9.

Q: What inspired you to record your latest album, Time Travel, after not releasing an album for nine years?

LG: It was actually a surprise to discover it had been nine years since I had recorded a studio album. I had certainly been in a number of studios recording soundtrack recordings and various other projects and had released a few live albums in that time period, so I was a bit oblivious to that fact.

Once in the studio, I did realize I was seriously overdue.  I worked with Daniel Ledwell in his studio in Lake Echo, outside of Dartmouth, NS. Right from the start we had a good working relationship. We seemed to see eye to eye on most things and were open to new ideas and different approaches the other might bring.  The project was full of timely coincidences that made us feel we were definitely in the right space and place to record.  I knew Daniel’s dad a bit when he was an English prof at UPEI, and he had given me a lot of confidence as a writer, so it was cool to be working with his son.

It seemed a lot of the topics certain songs dealt with were turning up in news feeds the day we were recording, and the players we wanted were close by and available. Good example of this was me telling Daniel how great it would be to have a Vancouver band that I had briefly met years before called the Fretless on a couple of songs.  On a lark, I checked their website to discover they were actually in Nova Scotia. When I called Trent Freeman from the band, it turned out they had the next day off and were happy to come by.  Their playing was simply beautiful and evocative and perfect for the songs. Stuff like that was happening all through the recording, so it all felt very right.

Q: Do you have a favourite song from the new album?

LG: My two favourite songs on the album are “Sequoia” and “Blood and Salt Water,” which features the wonderful voice of Rose Cousins.

“Sequoia” was partly inspired by spending a bit of time in an old growth forest on Vancouver Island.  I kind of felt I was in the presence of some kind of great wisdom and spirituality. It may have been the closest I have felt to the essence of the natural world and made me think how much we need to be in sync with it all.

“Blood and Salt Water” was written for two characters in a movie that is soon to be filmed on PEI. I was asked to write a song for the movie, but as with most songs, there are bits and pieces of emotional events I have seen or experienced in my life somewhere in there as well I suppose. There is an anchor that is difficult to cast off for anyone born on the East Coast I suppose. You always leave a part of yourself behind.

Q: You have a lot of great Canadian musicians on the album, what was it like working with them.

LG: I already mentioned the Fretless, who were fabulous to work with. My good friends Rose Cousins and Mary Jane Lamond were perfect for the songs they sang on. Mary Jane had to be the singer on “Selkie,” with her beautiful voice singing in Gaelic, taking the part of the mythological maidens.

When Rose adds her voice to anything, it lifts the part to a whole new level.  She sang on a previous project of mine, and it meant a great deal to me that she agreed to be on this one as well. Daniel Ledwell’s partner, Jenn Grant, was perfect for the single “Nothing Makes Sense.” Her voice just soars over the top of everything in such an evocative way.

“Sequoia” may be one of my favourite songs on the album, and a big reason for that is the wonderful string parts from the Atlantic String Machine. The ASM are a strong musical entity on the East Coast these days and are blowing people away with their musicality.  They have also appeared with me live on a few shows, and that experience was truly magical . Sean Kemp did a beautiful arrangement to the songs that never fails to move me.

It was great to have my longtime friend and guitar player Chris Corrigan on a couple of songs.  Chris was my right hand man on the axe for many years, but it had been a while since we played together. I was glad he agreed to come to Dartmouth and be part of the album, as he was the perfect guy to play on “The Weight Of My Guitar” and “Blood And Salt Water.”

Q: You’re on tour right now. What’s the best part of being on tour?

LG: Being on tour can be tough … long hours, a lot of details, early flights and departures, the inevitable mix-up, etc. etc. … but the moment we hit the stage, it all falls away. I never tire of being on stage and sharing my songs with people who have made the effort to come out and hear us. I don’t take their being there lightly. We always give 100 per cent to our audiences and have a great time doing so. So what can I say ?  The best part of being on tour is being on stage and making that connection with the audience.