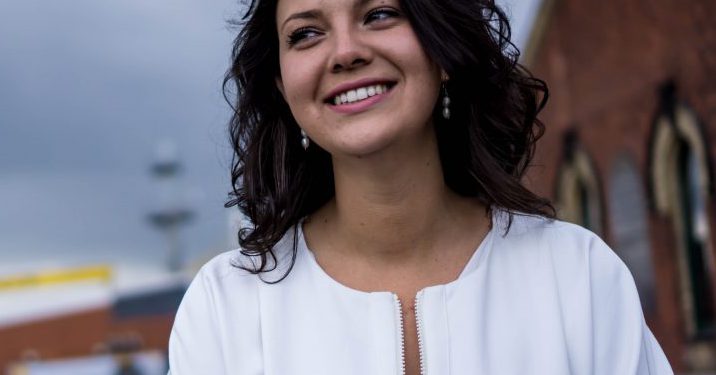 Emily Jean Flack’s name may not sound familiar but the names of her relations sure will.  She’s the daughter of Denise Flack of Leahy.
But don’t let that pedigree fool you.  Her debut EP, Throwing Shapes, ain’t no neo trad record.
In fact Emily Jean has charted a very unusual creative course for herself with a delightful outcome.
She initially pursued an undergraduate degree in the humanities and had plans to become a teacher, but then she detoured to Limerick, Ireland to get her Masters in Traditional Irish Music.  There, the legendary Karen Casey implored her to record immediately.
But here’s the thing: as I already said, Emily Jean’s record isn’t a trad record in any meaningful sense of the word.  For her, Ireland was merely a place and a musical tradition in which to ground herself while she pulled in influences from everything she’s listened to and loved over the years:  Celine Dion, Alison Krauss, James Taylor, Ella Fitzgerald, you name it.
The resulting sound, as heard on this first single, “Another Year Gone By,” is atmospheric contemporary folk or “progressive folk” as she calls it – a sort of sound that’s part Ireland, part Brooklyn.
Have a look at the brand new lyric video for the song, which we’re proud to premiere today here on Roots Music Canada.
If you are enjoying this content, please take a second to support Roots Music Canada on Patreon!