JW-Jones is no longer just emulating his heroes; he is looking to the future 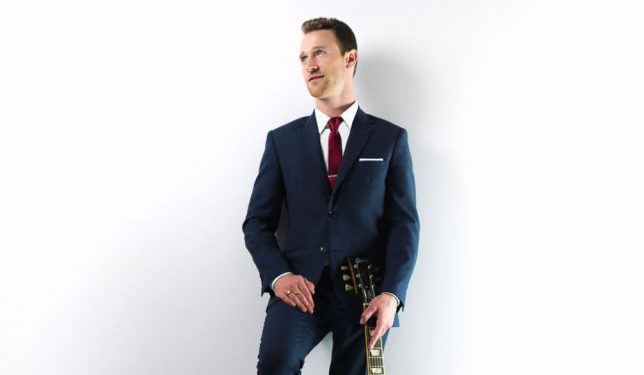 The improv magic you hear on JW-Jones’ 10th album, Live, is the spark that has awakened new sonic frontiers for the veteran Maple Blues Award-winning Ottawa bluesman.

“I cranked up my overdrive in concert one night for fun, and it opened up this new world of ideas for me,” admited the Juno-nominated JW, whose searing axemanship has been praised by Blues Revue Magazine as “a fluid amalgam of T-Bone Walker’s big, bright chords; Johnny ‘Guitar’ Watson’s slashing leads and Clarence ‘Gatemouth’ Brown’s jazzy sting.” “I felt a new sense of freedom.”

“This album is a big departure for me,” JW explained. “Especially on songs like ‘I Don’t Believe A Word You Say’ and ‘Moanin’ at Midnight:’ both of those songs clock in at over six minutes, and I’m playing that overdriven guitar in a way I’ve literally never played on record before.”

As he continues to evolve as one of Canada’s most versatile bluesmen, with one foot in the terra firma of the traditional blues espoused by the likes of Howlin’ Wolf sideman Hubert Sumlin and harmonica legend Charlie Musselwhite (who both guested on JW’s memorable Midnight Memphis Sun, recorded at the historic Sun Studio) and blues contemporaries Robert Cray, for whom the JW-Jones band has occasionally opened, he continues to challenge and raise his standards through his recordings and the 130 dates on average yearly that he clocks in on the road.

“Audiences get excited because it’s all so organic,” noted JW, who stretches out on Live with his Goldtop Gibson Les Paul. “The blues is such a universal language, and the fact that we never play the same solo twice just adds to that vibrant energy, which I think we really capture on this album.”

“The first time I heard that tune, written by Robert’s bass player, Richard Cousins, I fell in love with it,” said JW. “It’s a really great contemporary blues song because it doesn’t sound traditional, and it’s got a great chorus and harmonies. Robert saw a video of our version and gave us the thumbs-up.”

“When I first started out, I studied old blues records and wanted to be accepted by my heroes. I wanted them to notice that I was staying authentic to the sound. Over the years things have changed, and I want to play and write music that moves me, even if it doesn’t sound like a Chicago blues tune cut in 1956. I feel that I need to play the music that speaks to me personally.”

An additional highlight is the inclusion of the JW-Jones showstopper – the 17-song medley that rifles through snippets of classic guitar riffs backed by the energetic support of 2018 Maple Blues Award Bassist of the Year Laura Greenberg and the inimitable Will Laurin on drums.

“It’s been a staple of our live show for years,” said JW. “People have been asking us to record it forever, so now we’ve finally captured it for everyone to enjoy!” And everyone will enjoy Live, an album for the ages that captures the JW-Jones lightning in a bottle.

Check out JW’s tour dates below this video.