Naming the Twins launches a new single “One Storm from Home” 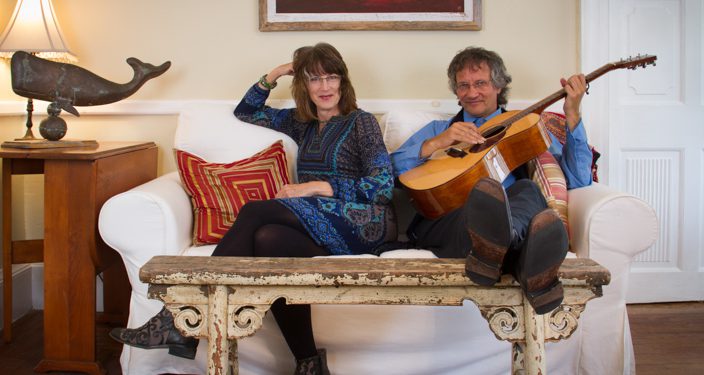 Fresh off a string of Nova Scotia performances, East Coast folk duo Naming the Twins released their new single “One Storm From Home” on Sept. 21, from their upcoming fourth full-length album Sing The Winter Away, a seasonal but adaptable collection of originals due out this fall.

Beginning with a Via Rail performance as part of their On Board Entertainment series, the beloved folk duo will support the new album on a Canada/US fall tour with stops in Toronto (Nov 23 at the renowned Freetimes Café), Windsor, London, Halifax, Chicago and more!

Naming the Twins is the acoustic, harmony-rich guy-gal folk duo of Robbie Smith and Kath Glauser whose sibling-like vocal blend sounds a bit like Simon and Garfunkel, if Art was a girl, and a bit like Peter, Paul and Mary, if one of the boys was taking the night off. Often described as a breath of
fresh Nova Scotia air, their original material, written mainly by Robbie with some input from Kath, maintains the vibe of the folk music traditions of the ‘60s and ‘70s era and the likes of Ian and Sylvia, Gordon Lightfoot and Stan Rogers.

As befits a folk act from the Atlantic shores of Nova Scotia, “One Storm From Home” is a gorgeous seafaring ballad, so timeless it sounds like it’s been around forever. The quiet verses and rousing choruses of its captivating melody ride the duo’s close harmonies, well-rooted piano, and earthy accordion fills, to create a homeward-bound anthem that’s worthy of comparison to the immortal Stan Rogers’ “Mary Ellen Carter.” It’s an irresistible singalong.

Produced by Bill Garrett (of Borealis Records), the song incorporates Robbie on viola and guitar; Kath on acoustic guitar and vocals; folk/roots heavyweights Tom Leighton on accordion, piano and tin whistle; and John Geggie on bass, and it features group vocals by Bill and family.