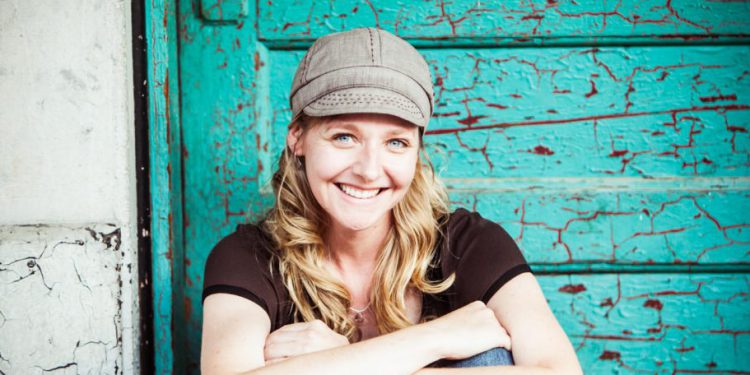 After a summer of non-stop festival madness, the Moose finally had time to start going through the Roots Music Canada mailbag.  Boy did he find some cool stuff!  Have a listen to his latest discoveries.

Doris Folkens says she was inspired by Gillean Welch and Eva Cassidy, and you sure can tell when you listen to her music.  She’s got a voice as pure and sweet as the country and a timeless acoustic folk sound.  The Moose can just picture her out there on a porch swing somewhere strumming her guitar and singing these beautiful songs.  Her debut album was produced by Andrew Collins of Creaking Tree and Foggy Hogtown Boys fame, and he’s done a bang-up job of elevating her songs with some lovely string arrangements that are sometimes so subtle you barely notice they’re there.  Four hooves up!

John Muirhead is from London, Ont., but I swear sometimes his music sounds British.  “Ambition,” the first song on his sophomore EP, Foundational, struck the Moose as being a little Beatlesque, and “Doubts” carries hints of 80s Brit pop.  The whole EP is beautiful modern singer-songwriter music or indie folk as the kids might say.  John was nominated for last year’s Canadian Folk Music Award for Young Performer of the Year, which means he can’t be older than 20, and damn, this is an impressive and mature-sounding collection by any standard, never mind for such a young artist.

Daniel Bellegarde is a highly-accomplished Quebec percussionist who’s performed with some massive names in Quebec pop music like Daniel Belanger, Zachary Richard and Michel Rivard. But his debut solo album, Anba Tonèl, is like nothing the Moose has ever heard before.  It’s an exploration of European-influenced Caribbean music, often performed by 19th century slaves. Did you know that the contradance and quadrille were part of 19th century Caribbean culture?  I didn’t.  Nor had I ever heard of the minuet-Congo.  But this is a captivating blend of musical influences I never knew had a history together, and it’s played by top-tier musicians like Hassan El Hadi, Erik West-Millette, and Nicolas Boulerice (Le Vent du Nord).

Wait. Scott Perrie, is that you?  Holy crap! It is!  Scott Perrie’s been a fixture on the Vancouver theatre and music scenes since he was a kid, and he’s known for a quirky band he used to front called Redgy Blackout.  But this is him all grown-up with his wife Leora Joy, and boy do they sound sweet together.  In fact, seldom has the Moose heard a band name that described the band’s music as well as Windsome Kind’s does. It’s free-spirited jazzy folk with beguiling harmonies and obvious influences from musical theatre. In fact, Scott and Leora met in theatre in Saskatchewan and developed their musical act on the cross-Canada Via Rail train.  How romantic is that?

What the heck?!!  How’s the Moose supposed to describe these guys??  OK let’s get the basics down first.  Rob and Sarah Skinner are a guitar-and-saxophone duo from the United Kingdom who moved to Eastern Ontario a year ago.  They’ve recorded five previous albums and won both British Blues Awards AND British Folk Awards, which is interesting because the Moose doesn’t hear a lot of blues here.  He does hear plenty of folk, jazz, classical and pop.  But really, just about everything you need to know about the Red Dirt Skinners you can learn from watching this video of them covering Pink Floyd’s “Comfortably Numb” (from their forthcoming album).  If there’s a Pink Floyd of folk music, these guys are it.  They’re innovative, orchestral and dreamy, and Sarah is the David Gilmour of the soprano sax.