Five acts we plan to check out at Ottawa CityFolk 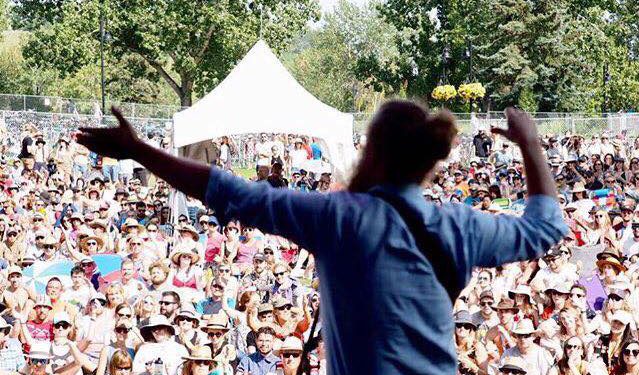 As the summer festival season wraps up, Canada’s capital city takes one last kick at the can before packing in the outdoor music for the winter season. Ottawa’s annual CityFolk Festival, which runs from Sept. 12-16 this year, has another killer line-up ready to take over Lansdowne Park while spanning all genres and types of audiences. Here are five acts that Roots Music Canada plans to pencil into our live music schedules.

A four-piece band originating from Iceland and now residing in the U.S., Kaleo’s sweet and wistful folk/alternative-rock vibe has taken over the music charts this year. Their debut album, A/B, hit music stores this June and was immediately a hit with folk-loving audiences. CityFolk is merely a pit-stop on their current tour schedule, which spans both Canada and the United States, but the young group is sure to get fans young and old tapping their toes to their sentimental tunes this week.

With a music career spanning more than 20 years and 20 albums, Ani DiFranco is no stranger to the roots music scene across the globe. Her career has mixed folk, pop, funk, and a little bit of punk with influences from politically-active musicians such as Utah Phillips, Woody Guthrie and Pete Seeger. Ani’s feminist-centered and justice-seeking songs have made her a regular performer on protest circuits and a face for resistance. Her flying vocals, quick guitar, and pithy lyrics are always a treat for fans.

The 2017 Juno winner for Contemporary Roots Music Album of the Year for Earthly Days, William Prince is a true troubadour with his folk, roots, blues and country fusion. He was born and raised in the Peguis First Nation community of Manitoba and has followed in the footsteps of his heroes, Johnny Cash, Willie Nelson, and his own father, who was a preacher and musician. Speaking to his experience as an Indigenous man in Canada and an artist, William’s deeply personal music is an act that cannot be missed.

The man of evocative poetics and captivating performances is hitting the CityFolk stage, and Roots Music Canada could not be more excited. Another pro in the live music world, Ben Caplan is always a crowd favourite with his bluesy and passionate songs that speak to a universal truth. Ben even enjoyed an off-Broadway run of a musical play, composed by him, about immigration and refugees earlier this year. Now, he brings his gritty sound to Canadian audiences to get roots fans rocking and rolling in downtown Ottawa.

This five-piece group is known for their exploration of music across genres, and they never fail to keep audiences engaged and excited to see what comes next. They have mixed folk, roots, and new wave stylings to achieve a rich musical catalogue that blends sounds and experimentation, beautiful lyricism and tight instrumentation, and chugging rhythms and floating harmonies. With instrumentation ranging from synthesizers to banjos, The Decemberists will bring the house down as they close out the festival from the City Stage on Sunday night.