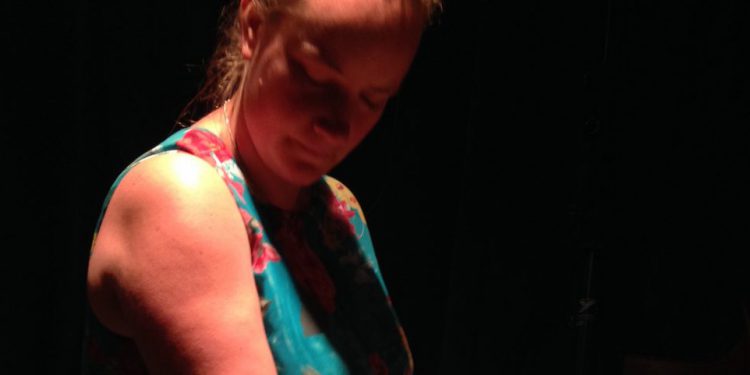 Well, Toronto fiddler and pianist Emilyn Stam has done it again. Not only did she produce a completely sold-out weekend for the first Big Branch Bal Folk Festival, but she brought two simply wonderful bands from France for the event.

Those two bands kicked off the weekend with a Thursday night concert in the very intimate Tiki Room of Toronto’s Tranzac Club, and there was not an empty seat in the house. Even the aisle was packed.

First up was Duo Rivaud-Lacouchie. Alexandra and Anne, playing fiddle and button accordion, did a lovely job playing dance tunes from Limousin, La Marche and Auvergne in the Massif Central mountains of France. There were bourrées, mazurkas, schottisches, and polkas, mostly traditional tunes played with steady but rapid rhythms, perfect for the dances for which they are intended. There were cool and beautiful tunes, often in minor keys. We wished there had been room for a dance floor because our feet simply would not stop moving. After the break, we were treated to a surprise: Emilyn Stam and Filippo Gambetta gave a tiny two-tune preview of the CD release concert they will be presenting at Hugh’s Room Live on Sept. 12. Filippo played his original tune that he described as being “dedicated to an olive,” on his beautiful diatonic button accordion while Emilyn created stunning improvisations on piano.  Their second tune was “Shorelines,” written by the late Oliver Schroer, Emilyn’s musical mentor. The pair did an absolutely stellar job, really exploring the lyrical nature of the tune in a lovely arrangement of violin and accordion. Last up for the evening was Laüsa, two women and two men hailing from southwest France. There were traditional songs and tunes from Gascony, including some that were actually sung in Gascon, the traditional language of the region that is a part of Occitania in southwest France. The languages of the area are ancient; they were spoken there for centuries before modern French emerged.

Laüsa’s members play accordion, fiddle, mandolin, bouzouki and various percussion instruments. The two women also sing. They performed for us a lovely set of traditional and original tunes and songs, including music for a circassian circle dance and a set of tunes with influences from Ireland and Galicia. The very last tune was a feast for the ears. A waltz in five, it included minor and major key shifts and poetry as lyrics. It was a fascinating tune with an equally fascinating arrangement. And so ended the kickoff concert for the Bal Folk dance and music weekend at the Big Branch Festival in Honeywood, Ont. Emilyn Stam was delighted that the weekend sold out and hopes to make the festival an annual event. Judging by the success of the kick-off concert with these two fantastic French bands, everything she’s touching is turning to gold.

Correction:  a previous version of this story mistakenly described Filippo’s accordion as chromatic rather than diatonic.

A soul-fulfilling tour in Scotland

Five acts we plan to check out ...