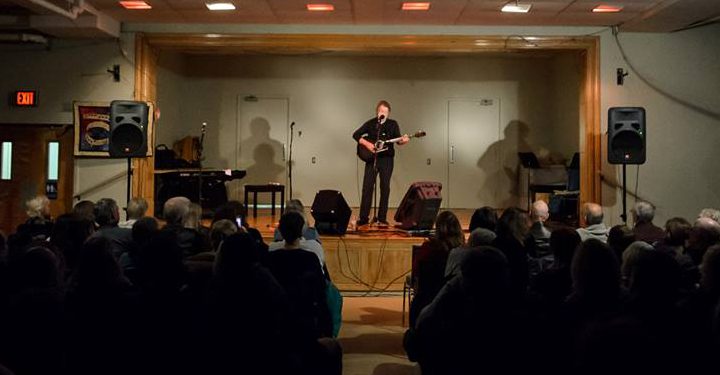 So here’s the big news:  Acoustic Harvest-Live Music East is moving, and we’ll be kicking off our 22nd season (Sept-June) on Sept. 5 with the world-renowned Zimbabwe a cappella and dance troupe, Black Umfolosi, followed by A Cabaret Evening with John Sheard (Vinyl Cafe pianist) & Mary Kelly on Sept. 22.

Both of these concerts will be held at the Beach United Church at 140 Wineva Ave. (Queen and Wineva) before we move to our permanent new location on Oct. 13 at the St. Paul’s United Church, 200 McIntosh St., Scarborough. The Oct. 13 show will be the Healing Garden Fundraiser to create a garden of solace for cancer patients at the MacKenzie Health Foundation in Richmond Hill, Ont., and will feature legendary Scottish balladeer Archie Fisher and our own Canadian legend, Garnet Rogers. Terry Eagan (www.patiorecords.com) is the founder of the Healing Gardens, several of which he has built in Ontario, as well as in the United States (Boston, MA). You can check out our upcoming schedule of performers at: www.acousticharvest.ca

For those who may be unfamiliar with this longstanding, monthly concert series, here’s a wee bit of background:

Acoustic Harvest—Live Music East (www.acousticharvest.ca) is a long-standing, exciting and thriving monthly, not-for-profit concert series founded by the late great musician Rick Fielding 21 years ago. Rick was passionate about music and had a vision to bring genre-crossing musicians together to collaborate and to build community in east end Toronto. In 1997, venues were few and far between (apart from some smoke-filled, noisy bars) and it was Rick’s mandate to create an inclusive listening room for both artists and audience members. To that end, we have tried to implement and follow his vision by establishing an atmosphere that embraces and draws one into the music. In fact, you can hear a pin drop at our concerts! Acoustic Harvest fosters the growth of community and of friendships and allows for the development and nurturing of artistic temperament. We all know that music is the landscape and language that enriches and enhances the world in which we live. Our mandate has always been to provide a platform for that soul-enveloping endeavour.

Acoustic Harvest programs an eclectic mix of folk/acoustic roots music, from traditional folk to contemporary singer-songwriters, to blues, Celtic, Appalachian/bluegrass/old time, jazz and world music. We have introduced our audiences to a wide range of consummate, award-winning local, regional, national and international artists. We have helped many artists get established and go on to gain prominence and acclaim.  For example, we presented Serena Ryder when she was only 16 years old, Jimmy Bowskill when he was 12 and Dala as youngsters just starting out. Aengus Finnan performed at Acoustic Harvest when he was a virtual unknown. He progressed to found the Shelter Valley Folk Festival and now is the executive director of Folk Alliance International. Several times we have featured The Laws, John & Michele, who after many years touring North America and Australia, are now the producers of the fabulous, successful five-year-old Kingsville Folk Festival.

Our programming reflects diversity, bringing Indigenous artists such as Digging Roots to grace our stage, as well as artists from across Canada and the world: Kongero from Sweden, Rukmanas from Peru, Matapat and Genticorum from Quebec, Chaskinakuy (one of the several Klezmer acts we’ve presented) from California, as well as several other American artists.

For the past five years, we have partnered with the Winterfolk Festival, showcasing Acoustic Harvest artists at the festival with a reciprocal showcase of Winterfolk artists at Acoustic Harvest. Two years ago, we were presented with an award from Winterfolk, for best concert series, for building community and for our contributions to the Ontario folk music scene.

We also have a partnership with Terry Eagan of Patio Records and his Healing Gardens project to create and build patio gardens of solace for cancer patients at North American hospitals (www.patiorecords.com). Currently, we are fundraising to build a garden at the MacKenzie Health Foundation in Richmond Hill, Ontario.

Acoustic Harvest’s concerts are wheelchair accessible and environmentally friendly, and we have a baker who supplies all the desserts for intermission time.  We provide hearty, home-cooked dinners to both our performers and our volunteers.

We have a strong team/committee of volunteers who work pre and post concert, as well as setting up on concert night. Our sound technician, Jason LaPrade, is one of the best in the city (if not in Canada) and is revered by both musicians and audience for his exemplary sound expertise and for his “crystal clear sound.”

Acoustic Harvest is a valued and integral part of the communities of Scarborough, Cliffside, Birchcliff, the Beach, the Danforth and East York, as well as serving the neighbourhoods to the east and west in the GTA.

We take great pride in our achievements at Acoustic Harvest and, in keeping with Rick Fielding’s vision, we hope to continue for many more years presenting new and established artists and delighting audiences.