Joe Jencks – The Forgotten: Recovered Treasures from the Pen of Si Kahn 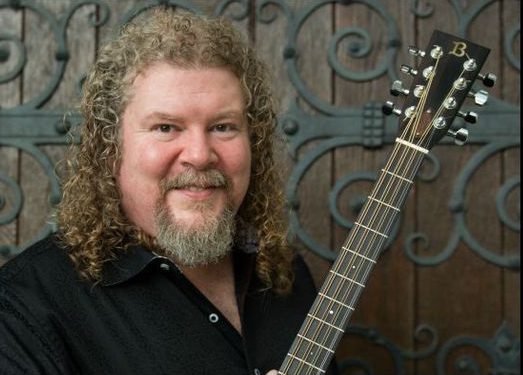 Normally Roots Music Canada showcases just Canadian artists, but here we are making an exception. Joe Jencks, from Chicago, IL must be some kind of honorary Canadian since he engaged so many talented Canadians on this new album: The Forgotten, the unpublished songs of Si Kahn.

Joe Jencks has spent the greater part of his life singing folk songs in his stellar baritone voice. He got his start as a teenager, singing in cafés in Rockford, IL in an era where steel factories were closing en masse, and he witnessed hardships first hand. Since then, he has travelled the international folk music and festival circuit for eighteen years, earning a living and garnering rapt audiences by singing his spellbinding songs of social justice, spirituality and musical beauty. Joe has recorded many CD’s – his own, and with his harmony trio Brother Sun, (unfortunately disbanded in 2017), and now, he has recorded fourteen startlingly good songs composed by Si Kahn.

Si Kahn is a legendary singer and songwriter from Charlotte, NC. He has spent his life working in and advocating for social justice, starting with the Civil Rights Movement in the 1960’s. He has advocated for prison reform, immigration detention policies, violence prevention and environmentalism, in his life as an activist. Since 1974, Si has recorded seventeen albums of his songs, and four books, all of which deal with the search for justice and a better life for working people.

About six years ago, Si Kahn gave to Joe Jencks about seventy original songs that had never been recorded or sung in public. It was something that Si had never done with any other artist.

“As I listened to the pencil sketch demos he sent me,” said Joe, “I realized there were enough of those songs that I resonated with that I should consider making a themed CD.”

But then Joe was busy with his own recordings and tours, including his most recent acclaimed solo CD: Poets, Philosophers, Workers & Wanderers.

“But in the fall of 2016,” he said, “when the USA elected a very closed minded person to be president, I decided it was time for an album of open-minded music. It seemed like an ideal time to arrange and record these songs.”

Joe spent some time getting to know the songs Si had written, and then chose fourteen that especially spoke to him. As a highly accomplished singer-songwriter himself, he chose songs that moved him, and not only complemented his own work, but extended his themes further.

Said Joe: “I wanted to choose the songs that made me feel the way that Folk Music made me feel in my teens – like I was not on my own. I wanted to weave together … songs that would tell a story about how ‘we’ are not alone even when we feel like we are. And, I wanted to make a record that expressed pride for the work of our hands and the importance of community in any effort to organize for a better future.”

“I gave Joe absolute artistic freedom and creative control to make an album from his choice of those songs,” said Si. “As high as my expectations were, Joe has far exceeded them. With his musical creativity, instrumental expertise and vocal brilliance, he’s brought wonderful depth, breadth and beauty to my songs.”

Toronto music producer Ken Whiteley was Joe’s first choice to help him create the recording. Ken is well known as a performer in his own right, a multi-instrumentalist who also is a composer and producer. He and Joe have been friends for twenty years.

Said Joe: “I wanted to be able to hand some of the production process on The Forgotten over to someone I trusted implicitly and whose sense of musicality was impeccable. … I am a person with strong artistic opinions – and Ken was really adept at honouring my visions and also helping me to think outside the box of my own experience.”

Joe considers himself very lucky that some amazing Canadian players and singers were available while he was recording in Toronto.

But that’s not all. The Forgotten recording includes a choir comprised of a who’s who of Toronto folk singers: Jon Brooks, Aviva Chernik, Annabelle Chvostek, Frank Evans, Eve Goldberg, Jane Lewis, Ken Whiteley and Len Udow, plus one other lone American, Steve Eulberg, a friend of Joe’s who just happened to be in Toronto on the day they were working in the studio.

“My goal,” said Joe, “was to find songs within Si’s collection that I could sing authentically … songs that were believable coming from me, songs that I could have written because the content was near to my own heart.”

Joe, a classically-trained perfectionist of a singer, says he is incredibly satisfied with the performances that Ken Whiteley coaxed out of him as an artist.

“Ken helped me to let go of subtle imperfections that, in the end, serve a much more organic way of making a record feel alive.”

The whole project was kept under wraps until it was finished. Joe handed Si the finished product, artwork and all, and Si was overwhelmed with joy and deep feelings for the people he had known who had inspired him to write the songs. It was a way for Joe to say to Si: “Thank you for your music, and for making the world a better place.”

These great songs are forgotten no more.

Joe Jencks will be touring Canada this fall, with Maria Dunn.

The Great Lake Swimmers – The Waves, ...