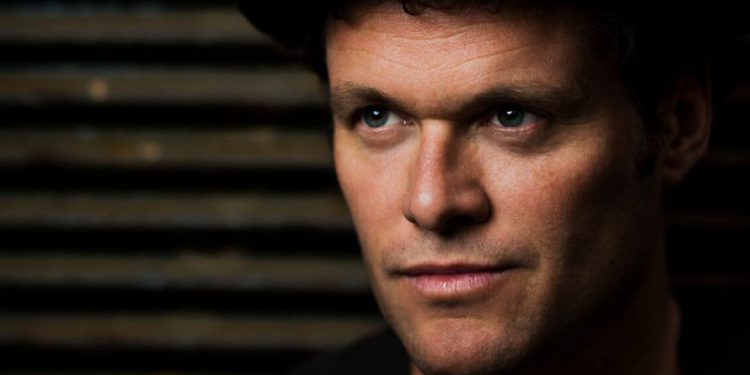 When I was asked if I would listen to a new album by a fella from Whitehorse, I got very excited. Unbeknownst to my editor I grew up in a small town in the Yukon. My mind wandered through the Yukon music I loved and heard as a child. I wondered, “What would his music sound like? Would I hear any ragtime piano reminiscent of old Dawson town and the gold rush of 1898? Would I hear any Indigenous drumming and possibly Indigenous singing like I used to hear while stick gambling with the Indigenous elders in my area? Would I hear some amazing talent who has been hiding away in the old dirty bars of Whitehorse – someone like Hank Karr, a legend of the Yukon Music Scene for decades singing about all things Yukon with a rich, velvety, voice easily mistaken for the legendary country crooner Don Williams himself?” I couldn’t wait to plug in my earphones and get lost in yet another, new-to-me artist.

I did do a little research on him in preparation and found out he was born in Hamilton and moved to the Yukon Territory at 24 years old. I also saw a lot of comparisons to Fred Eaglesmith, which was interesting. I was eager to get my dog, Daisy, on her leash and head out into this early August Calgary heat to listen to Grit, Gordie’s newest album.

Grit is one of those albums that for some reason didn’t grab me right away. I get the comparisons now to Eaglesmith in the way the two performers sound. What separates Gordie, I think, from most other singers is the strength of his songwriting. It is his songwriting and his storytelling ability that made me keep listening. His gift for lyricism and writing becomes very evident in this record as you listen to the second song titled “Loads of Freight.” You will hear lyrics like, “On a rusty mine train rolling down your line” and “On a steaming metal snake, big boiler, one hand brake.” His storytelling tugs at this storyteller’s heart.

Whether he’s poking fun at millennial hipsters in “Craft Beards & Man Buns” or taking a stand on a hot button in “Gun,” Gordie’s songwriting ability, much like another legendary hip Gord, shows his ability to tap into the fabric of Canadiana.

Gordie’s voice is not his strength, and that’s okay. He doesn’t pretend to be something he’s not. He sings with a rough, unrefined quality that is rather humble and honest, which I think adds to the power of his writing.  His music is fun and you can hear his enjoyment coming through in this recording. When is the last time you heard lyrics like, “I wrestle bears in my underwear”.

The banjo picking had Daisy and I picking up our pace as we rounded the pond a few blocks from my condo and headed for the Macs convenience store for a slurp of cool water and a Slurpee. Don’t tell my wife, but I had an extra large Cherry Coke.

If I had to make a comparison I would say Gordie Tentrees is a cross between Corb Lund and Stompin’ Tom Connors. Much like Corb Lund, Gordie has a writing style all his own, and much like Stompin Tom, I can imagine him playing anywhere – honky tonks, beer joints, large theaters or stadiums – and commanding the stage and crowd with his honesty, humor and storytelling.

Talent is talent, and it’s clear when it comes to songwriting, Gordie Tentrees has oodles to spare.

The Sutton Fiddle Festival – A photo ...

The Great Lake Swimmers – The Waves, ...