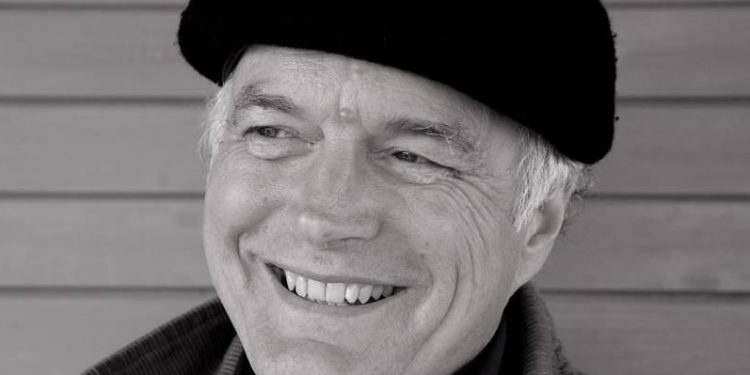 Over the course of a career that’s spanned more than 30 albums and close to 50 years, Ian Tamblyn has followed something of a cyclical approach to creation; he’ll travel – frequently to remote northern locales – and make records derived from those travels.  Then – every four or five albums say – he’ll make one that reckons with the changes to his inner landscape brought about by those journeys.

“In some cases, songs that I could never write for various reasons I could now write them,” he said of the process.

Which brings us to “Not a Day Goes By,” arguably the signature song on Ian’s gorgeous new album, Let it Go, released in May.

It’s a song about a trauma Ian suffered at the age of 13, one that has haunted him every day since.

“It’s a tough song,” he said, speaking on the phone from Rossport, an artsy enclave not far from Thunder Bay that has a similar vibe to B.C.’s Gulf Islands or Ian’s longtime home of Chelsea, Que.

“When I wrote it, I wasn’t going to do anything with it. But then I thought to myself, ‘No. This is a victim impact statement. This happens to people. It’s the reason why many of us became songwriters. We went from being participants in life’s game to being observers of it, and that’s what happened to me.’”

Without getting into the specifics, which Ian isn’t comfortable sharing publicly, what happened is this: Ian was threatened with a gun after he witnessed something he wasn’t supposed to.

To make matters worse, the web of social relationships in Thunder Bay, where Ian’s dad, William, was the founding president of Lakehead University and where a lake and a building on campus now bear his name, meant that Ian couldn’t escape the orbit of the perpetrator.  He spent years living in fear.

In fact, he missed two years of high school after getting kicked out for dysfunctional behavior.

“I’m not a person who tends toward indulgent songs,” Ian said, “So the only reason I released this one is there is not a day in my life that I don’t think about it, that it doesn’t come back, and it’s not the best part of who I am to be honest with you, and I’m trying to be rid of all those ghosts at this point.”

Let it Go is an album all about the things we can and cannot let go of, according to Ian.

Its stand-out tracks – and there are many – include “Walking in a Dream,” about the process of letting go, and “The Ancient Ones,” about experiencing deep spiritual connections in nature.

There’s also “Nothing but Time,” a sweet song in the style of an Irish pub ballad about the twilight years of life – one of two songs inspired by the death of Ian’s close friend Louis Rompre.

Its chorus rings out with:

Here’s to those gone down that road.

Ah yes, I see the signs

and it’s all nothing but time.

James Stephen’s sweet, rustic fiddle, illuminates the songs. And Rebecca Campbell’s angelic voice and slack harmonies on tracks like “Walking …” – and her haunting vocalizations on “Ancient…” – contribute to an overall sound that’s like a much folkier version of Leonard Cohen’s The Future.

Ian will perform many of the songs on stage Sunday at the Live from the Rock Folk Festival in Red Rock, about an hour east of Thunder Bay.  Another iconic Thunder Bay folk singer will share the stage with him:  Rodney Brown.

Coming back to northwestern Ontario, Ian said, is like coming back to his spiritual and creative source – notwithstanding everything that happened more than 50 years ago.

“The connection with the lake [Superior] was really important to me growing up, and there was a sort of spiritual mystery about the lake that I sort of got when I was a kid,” he said.

“Thunder Bay’s very important to me, but the whole of northwestern Ontario and the lake itself is really compelling, and it always will be,” he added.

“I have to come back up here and get my paddle in the water.  It’s like reapplying for my license to sing the songs I do.”

The Sutton Fiddle Festival will transport you ...