The Ennis Sisters – Keeping Time (see them at the NL folk fest!) 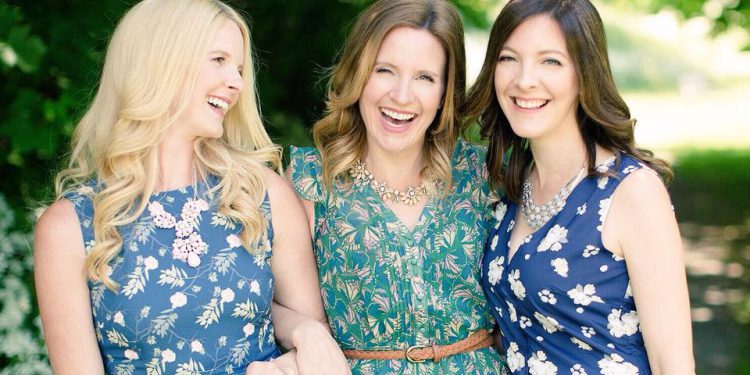 In a career of over 20 years, the Ennis Sisters have established a national reputation for their elegance in harmony and repertoire, illuminating the song traditions of their native Newfoundland with the luster that only sisters can conjure. Along the way, Maureen Ennis, the eldest in the trio, has managed to become a significant songwriter with a conversational mesh to her lyrics that sustains powerful emotional feels and that signature flavour of salty wisdom that is seemingly carried within the Atlantic breezes out there.

Credited as co-writer on ten of the album’s eleven songs, she has come to the task with deeply personal motives. The group’s recent shared loss to dementia of their “greatest supporter through thick and thin,” their dad, John Ennis, (“Our Superman” as he is eulogized in the liner notes) lends added resonance to the singing and to the title of the album, Keeping Time. By attempting to “keep” time and to call to mind past wonders, the album attains a higher purpose. It allows closure for the whole Ennis family with a musical group hug that extends beyond the expression of time-keeping that structures dance and songcraft. The waning of tradition, the gradual erosion of patience and love, and the unsentimental courage that the performing life and long stays in hospital rooms insist upon, all serve to power this collection into a testament to the imperative for careful curation of our valued memories. Maureen struggles in the lyrics with fate and failure while holding fast to love’s anchor.

Loving attention has certainly been provided by producer Alan Doyle, especially to the structuring of the tunes, whose arrangements and instrumentation envelope the sisters’ voices with a sheer radiance, often of Celtic origin. The musicians, which include Matthew Byrne and the late Ron Hynes, are tactful and exultant throughout, helping to tint everything from the poppy “Laurel Canyon,” the wistful “California Wine,” the road warrior anthem “Wheels,” the magical float-y “Goodbye,” the exuberant “Go Rosie Go” and “Daughters Of Newfoundland,” and the delicately restrained “Meant To Be.”  Graham Nash has the only song here that was not written by Maureen. His folksy characteristics inhabit a few of the compositions – “Sunken Garden” could have been written by him as a follow-up to “Our House” – but his song “Wasted On the Way,” a minor 1982 hit for CS&N, is a devastating capitulation to the treacherous tides of time and regret, which ultimately urges us to focus positively on the present. It closes a powerful album that calls upon us all to seize the moment, and shrug off the disaster du jour.

Let the comfort of this fine effort by The Ennis Sisters into your personal space. Embrace their music. You might need a hug yourself about now.

The Ennis Sisters in concert:

The Stan Rogers Folk Festival: is ...