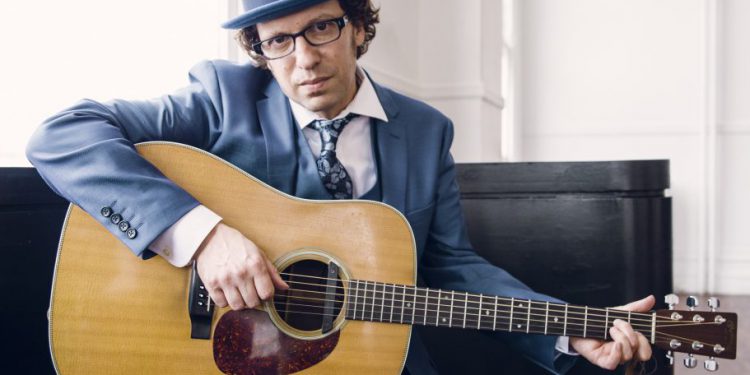 Toronto singer/songwriter Jory Nash recently released his ninth album, Wilderness Years, a record that encapsulates the personal highs and lows he’s experienced since his last full-length effort, 2015’s The Many Hats Of Jory Nash. On one hand, there’s been the joy of finding his soul mate and becoming a father for the first time, while on the other hand, there are the ever-increasing challenges of being an independent musician in an industry where the old rules seemingly no longer apply.

The new album’s title—as well as its accompanying song, “Wilderness”—are a reflection of Nash seriously contemplating putting music aside altogether after more than 20 years and a long list of accolades. However, his unquenchable thirst to write and perform remained, and with the help of some notable friends, including co-producer Chris Stringer, Oh Susanna, Lori Cullen, guitarist Dean Drouillard, harmonica player Jerome Godboo, cellist Kevin Fox and others, Nash firmly believes he has made his strongest musical statement to date.

“I approached this album as a personal challenge to take these subjects, which are admittedly somewhat heavy, possibly maudlin and potentially navel-gazing in nature, and write songs that have universal appeal,” he said. “The answer was deceptively simple: Write honestly, be personal yet wide in scope, focus on strong, catchy melodies and surround yourself with as many amazing musicians as possible to flesh out the songs.”

Here’s Jory’s full track-by-track breakdown of Wilderness Years for us:

“Sister Station”:  A tongue-in-cheek look at not getting much radio play anymore. It includes some digs at Spotify and the endless comparisons I get to Paul Simon. The first line is “You won’t hear me on the radio,” and the irony of course is that this song is already getting more play than anything on my last album.

“Dark Matter”: This was the first song I wrote after a difficult period with no gigs and no income. Specifically, it followed the collapse of (Toronto’s) Hugh’s Room … and the sudden cancellation of a large-scale show I’d been working on for a year. My partner, Brittany, told me to go write a song and not to come out until it was done.

“She Gets her Courage from Alcohol”: Inspired by, though not about, my partner Brittany, a prodigious beer drinker if there ever was one, who obviously had to give up drinking while pregnant. The number of times she said, “What I’d give for a beer!” put the notion of the song in my head, though it’s more about the failings of the protagonist than its inspirational originator.

“Give your Boy a Call”:  A song for my partner, who is a writer. It has one of my favourite couplets on the album: “If you feel like nothing is going right / If you’re climbing up a wall / Put your pen down, babe, pick up your phone and write / Or give your boy a call.”

“The Astral Plane”: For me, this is one of the key tunes on the album, both lyrically and musically. It’s very dense and very layered, and it features an amazing array of backing vocals performed by Juno nominee Lori Cullen, who is one of my favourite artists to work with. This song, more than any on the album, captures the chaos, fear, love and exhaustion that was for me the first few months of parenthood.

“Great Big Hole”:  A song for all us long suffering Toronto Maple Leaf fans, that only reveals itself to be about hockey in the very last line.

“We Don’t Talk About Her”: A jangly, jaunty sonic departure for me that pays homage to Nick Lowe and Elvis Costello, circa 1979. It’s one of my favourite tracks I’ve ever recorded, and I was really proud to have it featured as “Song of the Week” on CBC Radio Toronto’s Here & Now.

“Wilderness”: A song about contemplating giving up a career in music, when really all I ever wanted to do was sing.

“Caroline”: This is an older song that I’d never recorded, but I dug it out after sessions for a newer song weren’t coming together. I showed it to the band, and we did three takes live off the floor. I knew we had something special; it became the cinematic climax of the album and is one of my favourites. Originally I thought I was singing about an old flame who cut things off, but really what I’m singing about is the loss of my muse.

Jory Nash will be touring in support of Wilderness Years until the end of the year, before the 15th and final installment of his annual “The Way We Feel” multi-artist tribute shows to Gordon Lightfoot in mid-January at Hugh’s Room Live.

For more info go to www.jorynash.com/shows

The Stan Rogers Folk Festival: an ...