Listen to this year’s ‘Songs from the Heart’ award winners! 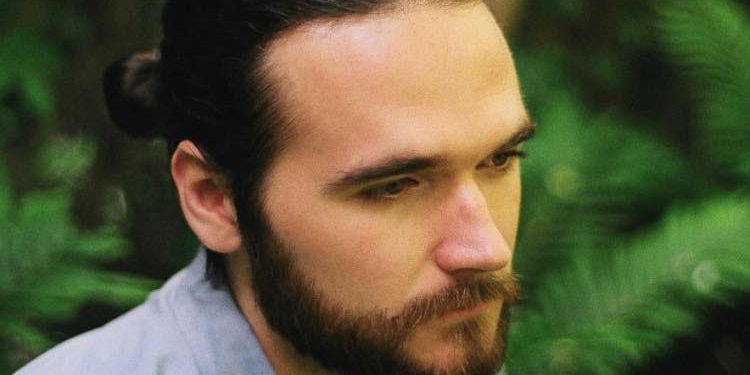 Here at Roots Music Canada, we’re all about discovering great new music, but once a year, Folk Music Ontario does it for us.

Its Songs from the Heart competition invites songwriters and instrumentalists from across Ontario to submit their music; the winners in each category get a hundred-dollar FMO credit that they can use toward things like membership or conference registration – which is pretty handy if you’re an emerging artist.

FMO has just announced this year’s winners, and we’ve rounded ’em up here on Roots Music Canada to save you a lot of Googling.  And folks, I gotta say, Songs from the Heart is living up to its name this year.  Holy are some of these songs ever going to hit you where it hurts.

Roots:   Campbell Woods – “Picture of You”

This is a devastating little number that Campbell recorded in Banff earlier this year and released on Thursday.  It was produced by Howard Bilerman of Arcade Fire fame, but this ain’t no rock song, folks.  Campbell is that one-in-a-thousand-or-so acoustic roots-Americana songwriter that everyone sits up and pays attention to because he’s just that good.  The influence of legends like Townes Van Zandt and mentors like Lynn Miles is all over his work.  So too are his wandering ways; he’s lived on both coasts and in the Ottawa area, and this new song travels through Lake Louise, B.C., Winnipeg, Marathon, Ont., North Bay, Ont., and Val Marie, Sask (big moose points for the northern Ontario shout outs).  “Few indeed are the artists that appear so perfect on their first outing,” wrote Americana UK of Campbell’s debut album, Oxford Street, released last year.  The moose concurs.

This song dates back to Lenka’s 2014 project Lullabies from Exile, which she recorded with Yair Dalal, a composer, violinist, oud player and singer of Israeli and Iraqi heritage who has, as one of his passions, the preservation of musical cultures at risk of going extinct.  That includes the Babylonian Jewish Iraqi musical heritage.  And that’s where the project with Lenka comes in.  Lullabies from Exile marries traditional Yiddish and Babylonian music, which Lenka calls “two branches of a tree that, while born from the same roots and same tree trunk, grew in their own separate ways for so long.”  Many of the songs on the album are traditional lullabies, but Lenka wrote this one herself.  The song is a lullaby sung by a Jewish mother who, as a child herself, was sent by her parents to safety from the Nazis aboard the kindertransports – trains that brought children to England for protection.  Often those children were the only survivors of the Nazi regime.

I write a lot of sad songs about ex-boyfriends and whatever, and I feel like it’s time to start using my art to talk about the issues that are actually important to me.  Here’s something fucked: 1 in 3 girls will be sexually assaulted by the time they reach the age of 18. And I have 2 sisters.  I really kind of dove into the deep end with this song, and I’m so fucking scared to share it. It revisits two very dark times from my life. It’s taken me a long time to come to peace with myself, to move past the guilt, the embarrassment. Even after all of this time, it’s still very hard to share.

Ok, all that stuff they say about songwriters being rewarded for their bravery when they really put themselves on the line and connect with an audience?  THIS.  This is what that sounds like.  I’m a moose, and even I’m a puddle after listening to this.  Missy’s already won a pile of awards, including first place in Seneca’s Got Talent and the Rising Star and Best New Artist awards at the 2012 Hamilton Music Awards.  To heck with “rising.”  Missy’s arrived.  Oh, by the way, she’s using this song to ask folks to donate to a variety of women’s services, and she’ll even give you a free copy of her EP if you do.  You can get all the info by CLICKING HERE.

This is an upbeat but reflective number that really does feel like the musical equivalent of a stroll through a park on a nice sunny day.  Shawn’s acoustic guitar picking takes centre stage, but the arrangement includes a broad cross-section of instruments, including drums and horns, and veers ever so slightly into jazz at times.  Shawn’s twice been nominated for Songwriter of the Year in Toronto’s Now magazine Best Of poll – pretty good considering how many darned songwriters there are in Toronto!  He’s also been nominated for a Toronto Independent Music Award.  As instrumentals go, this is impressively original from the moose’s point of view.

Wait.  This is a children’s song?  It doesn’t sound like a children’s song.  The moose listened to the whole thing and didn’t once hear a reference to a bananaphone, a Polkaroo, a purple Dinosaur or a cat that came back.  It sounds more like a love song to a child.  But I guess that’s what you get when an artist who’s not a full-time children’s entertainer decides to make a lullaby album.  Darrelle London’s musical day job is as a quirky pop singer-songwriter who counts Perez Hilton among her fans.  But then she had a baby a couple of years back and, as she put it, “didn’t sleep for a year.” So she decided to make something that would sooth everyone’s frayed nerves, and thus was born her lullaby EP, also called Sing to the Moon.  It’s not actually out yet.  The latest word is that she’s planning to release it in the fall.

These two tracks both come from Tragedy Ann’s new album, which is coming out in the fall.  And guess what?  You’re hearing them first here on Roots Music Canada!   Thanks for letting us post them, guys!

But seriously, TWO Songs from the Heart awards from one album (that isn’t even out yet)??  Way to go, Braden and Tragedy Ann!  Of course, it’s not hard to understand why these guys are cleaning up here.   They’re so original, the moose is racking his antlers trying to figure out how to describe them.   Honestly, the best I can come up with is they remind me of John Millard of Happy Day fame, who is equally hard to describe.  But here’s my best effort:  they write great songs with very fresh lyrics, pull in a little alt.blues (their word), a touch of accordion, and some unique harmonies and blend it all together into something that sounds very much of the folk idiom but with the slightly tongue-in-cheek presentation of musical theatre.   I dunno.  Have a listen for yourself and tell me what you think.

Braden says:  “Playing this tune has been therapeutic for me, as it’s helped me discover that I’m not the only one that struggles with a sleepy partner on movie night! We tracked this one live, which brought out the push and pull between Liv and I that happens throughout the song.”

Braden says: “After working in the service industry, people acquire stories – occasionally of questionable veracity. ‘Neon & Velour’ was the result of distilling every bizarre tale I had witnessed or been told and trying to capture the feeling of the universal dive bar.”