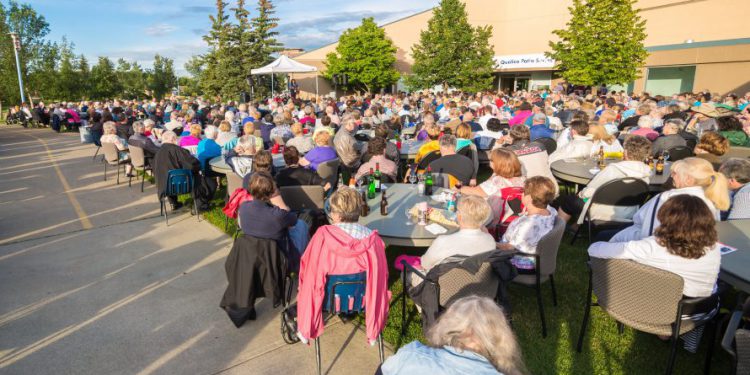 Festival Place is thrilled to open the patio doors once again for the 22nd annual Qualico Patio Series. Each Wednesday, rain or shine, Festival Place in Sherwood Park, Alta., will present two acts featuring an eclectic variety of pop, jazz, world, Celtic, folk, blues and country from local and touring musicians. Attracting hundreds of music lovers each week, the patio provides an idyllic setting next to the picturesque Broadmoor Lake. The BBQ is fired up serving a variety of summer food favourites, and cold beverages are served!

This summer’s line-up features a mixture of local, national and international acts. Here’s 3 you won’t want to miss: Irish artist Wallis Bird has been enrapturing audiences for over a decade. Nominated for a Choice Music Prize at home in 2017, she’s also been making big waves in mainland Europe. The same year saw her win the 2017 Deutsche Musikautorenpreis – a national award chosen by composers and awarded to their peers – a huge achievement for a non-German. Never your average troubadour, Wallis already has two Meteor Awards (National Irish Music Prize). Wallis released her fifth studio album Home, and has been touring relentlessly across Europe, Japan and Australia since its release.

“The sheer visceral energy of Wallis Bird could kick-start an entire economy.” – The Irish Times Mick Flannery is widely regarded as one of the finest singer-songwriters to come out of Ireland in recent years. An award-winning, double platinum selling artist, Mick has released five albums to date – including two number ones – and received widespread airplay. He became the first Irish musician to ever win awards at the International Songwriting Competition in Nashville, aged 19.  His critically acclaimed live performances have seen him sell out shows in Ireland’s Olympia Theatre and Cork Opera House. The Patio Series performances begin at 7:30 p.m. each week. At only $8 a show, it’s the best deal in town for a summer evening of music! For a full line up, visit festivalplace.ab.ca.