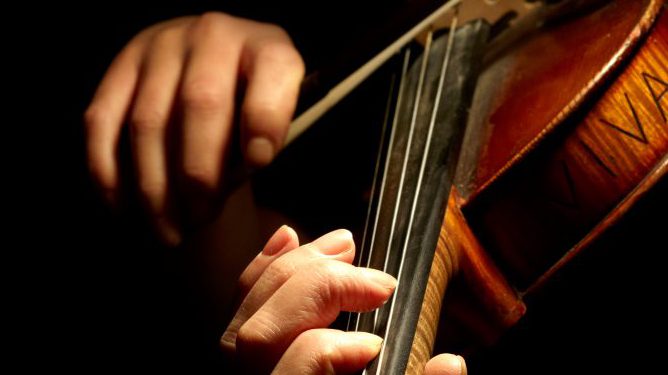 During the third weekend of July every summer, there is a folk festival in the pretty Québec town of Joliette, which is legendary, draws thousands, but is rarely talked about outside of Quebec. It’s the Festival Mémoire et Racines – the Festival of Memory and Roots.

Joliette is in the heart of the Lanaudière region, about an hour northeast of Montreal. Lanaudière is well known in Quebec as the special heart of their folk music, a place where musical traditions have largely survived the advent of the television age; where music has been sung and played in the kitchens since long-ago generations arrived there from Nova Scotia and New Brunswick following the Acadian expulsions of the seventeenth century.

As French families re-settled in places that were less accessible to their British conquerors, they took with them their oral music traditions – call-and-response songs, turluttes (songs without words), fiddles and accordions, and small instruments that could be easily carried. They created new lives in the very old Appalachian hills, staying fairly isolated, and so the music thrives to this day. The area remains an incubator for emerging talent, especially because of the folk music college at the Cégep régional de Lanaudière à Joliette.

Mémoire et Racines has a very well-deserved reputation as a really friendly festival. It seems like just about everyone knows everyone else. Most of the star performers and stalwart supporters of Québec’s folk music scene will be there, regardless of whether they have a paying gig or not. It’s their chance to catch up with other musicians, to hear the music they love, the chance to network with artistic directors, and a huge opportunity to make personal contact and share the love with supporters – the fans who adore the music, buy the merch and cheer their heads off at all the great performances.

It’s a wonderful multi-generational extended family of Québecois folkies, and many actually do bring their children. There is a great deal of kid’s programming during the three days of the festival, but it’s cool to see how parents keep their children close to the action even after dark. Strollers and wagons packed with quilts are employed for sleepy little ones who are growing up on a steady diet of the remarkable music they hear even in their dreams.

Emily Addison from Ottawa attended Mémoire et Racines for the first time last summer with her young son. Said Emily, “I can’t remember having a better time at a folk festival ever!  As someone in their 30s with children, I was blown away by how many young people were at this particular traditional folk music festival.”

Emily remarked on how many young children there were, how family-friendly the festival was, and how welcoming the people were. “Plus,” said Emily, “the music was absolutely fantastic, and the setting is delightful.  From the first day there, I decided this would be my only annual music festival from here on in!”

Festival Mémoire et Racines is also remarkable for its participatory approach to music.  As well as the main stage, (Scène Gilles-Cantin) and five side stages, there is an indoor, air-conditioned dance hall. There, you might find daytime instruction to introduce festival-goers to new styles of dance. There might be lessons in stepdance, Columbian dance, Quebecois squares, Cajun dance, contradance, foot percussion, or Appalachian flat footing. You might also find instruction on playing the bones or unusual fiddle repertoire. After dark, the dance hall becomes home to hundreds of couples dancing the unique and distinctive square dances that are brought by dance callers from the many regions of the province. The hall is invariably packed with dancers who love the chance to joyfully twirl with old friends and newcomers alike.

Another remarkable feature of Mémoire et Racines is that playing music is a part of the furniture for everybody who wants to. Informal jam sessions frequently spring up all day in the food area, and then, once the main stage has finished for the night, the side stage tents are especially lit with cabaret style fixtures that enable the late night sessions to take place. Audience members disappear at the close of the main stage, only to reappear shortly afterwards, having retrieved their instruments from the lock up.

Those jam sessions spring up all over the festival grounds. You’ll hear lots of Irish jigs and reels – (there was huge Irish immigration to Québec during the potato famine years of the 19th century). You’ll also hear the traditional fiddle and accordion music of Quebec as well – joyful tunes of an entirely different style, and often crooked. And, you’ll hear (usually from the beer pavilion) voices belting out the rhythmic call and response songs that are so characteristic of Québec folklore. A leader will sing the verses and then scores of voices will join in for the responses – voices that are heard across the entire festival site as the stars come out in the sky. The sessions sometimes go until the eastern heavens lighten, they are such immense fun.

The 2018 Festival Mémoire et Racines is going to be pretty special. Artistic Director Jean Desrochers has put together a very interesting program for the weekend that includes a lot of international music as well as original and traditional music from the province.  Québec power trio Genticorum will be closing the main stage on Saturday night. Friday night, it will be the Gypsy Kumbia Orchestra, and Sunday night will be Quebec’s masters of traditional music, Réveillons.  In between, there will be performances by Sweden’s Emma Bjorling, Artifaille, Rivière Rouge, the Yves Lambert Trio, and The Fretless from Canada’s western provinces. The Burdon Folk Band will bring their take on Ukranian and Carpathian folklore, and we will journey to Ireland with the Seamus Egan Project, to name just a few of the myriad of talented performers who are scheduled to play over the festival weekend.

Festival Mémoire et Racines has always been superbly supportive of the young, gifted musicians who emerge from communities all over Quebec. For years, festival-goers have been delighted to hear students from Camp Violon Tradquébecois, led by some of the best fiddlers in Québec, showcase their accomplishments from the nearby camp week that precedes the festival. Mentored by such eminent musicians as André Brunet (Le Vent Du Nord), Stephanie Lepine (Norouet), and Eric Beaudry (La Bottine Souriante/De Temps Antan), the camp showcase that opens the festival on Friday evening is always a huge hit with the crowd.

Some of the talented students who attended the camp in past years have gone on to become professional musicians in their own right: Beatrix Méthé, Colin Savoie-Levac, Sara Marchand, Eléanor Pitre, Marie Savoie-Levac, Nicolas Babineau, and Alexis Chartrand have all appeared at Mémoire et Racines, and Nicolas and Alexis are on the bill for 2018.

“But I don’t understand French!” I hear you say.  Mémoire et Racines is so friendly, and music is such a universal language, that you will have a ball regardless of language. There are many bilingual people on site. If you do have a smattering of French, you’ll feel very welcome when you use it, but it’s not at all necessary.

Even the food at Mémoire et Racines is distinctive. Yes, there are the usual hot dogs, fries and corn on the cob, but if your tastes venture further, you might try the sweet or savoury Crèpes Breton, lunch from the Asian buffet, or supper from the giant seafood paella pan. And snacking while listening to the music was never better than when you have a bag of “Chips Maison” in your hands – made even tastier by your having watched the potatoes being uniquely sliced into ultra-thin spirals on an apparatus involving an electric drill.

This year, Festival Mémoire et Racines takes place from July 27-29. Basic festival camping is available in the nearby park, (you MUST reserve ahead online as the campsite fills up every year), and there are two sandy beaches for swimming in the river. There are numerous hotels and motels in nearby Joliette and Saint-Charles-Borromée (easily accessible by shuttle bus), and both towns boast bicycle routes just about everywhere you want to go.

Check out the schedule on the website and book yourself an advance pass for the weekend to save time when you arrive. You won’t want to miss a minute of this joyful celebration of music and folklore.